Two Britons have been arrested in Spain following the discovery of millions of pounds worth of cocaine and cannabis resin on a coach used to ferry bands on tour around Europe.

The pair, described as the coach drivers, were held on a motorway in Sagunto near the east coast city of Valencia in an operation dubbed Operation Telos.

The drugs – 17 kilos of cocaine and 750 kilos of cannabis resin with a street value of more than £4million according to local officials – were hidden under a bunk bed and inside a cabinet on the luxury UK-plated vehicle.

A local court has now issued a European Arrest Warrant for the unnamed head of the transport firm which owns the coach. The company has not been identified.

Spanish police pose alongside a tour bus used to ferry bands across Europe after finding a stash of drugs on board worth around £4million. Two Britons have been arrested 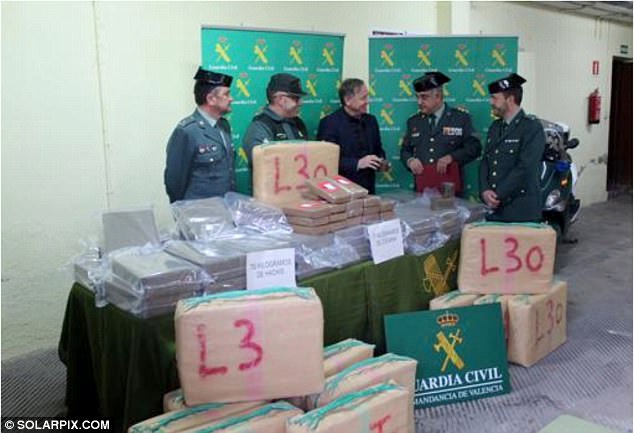 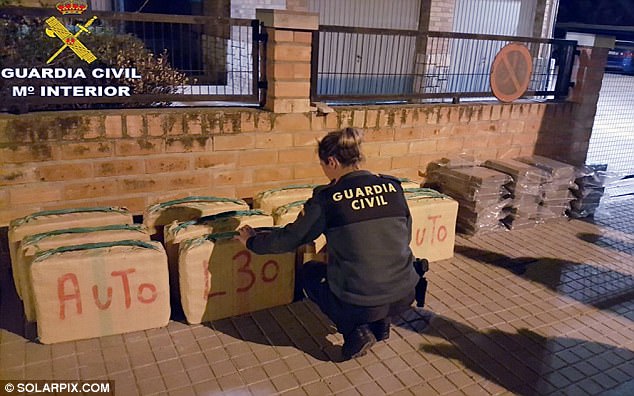 Civil Guard officers discovered the drugs after stopping the vehicle – which was on route from Malaga to the UK – at tolls on the AP7 motorway near the town of Sagunto in the early hours of Tuesday morning.

The two Brits, aged 39 and 59, were handed over to a court in Sagunto 18 miles north of Valencia for further questioning after an initial police quiz.

They are thought to have been remanded in custody after the closed court hearing.

Respected local paper Las Provincias said the double-decker bus was used by music groups touring Europe and investigators suspect the vehicle was being used as part of an international operation to smuggle drugs into Britain.

A judge at Sagunto’s Court of Instruction number four has issued a European Arrest Warrant for the director of the transport firm registered as owning the tour bus, although no further details have emerged.

The names of the groups believed to have used the vehicle have not been made public. 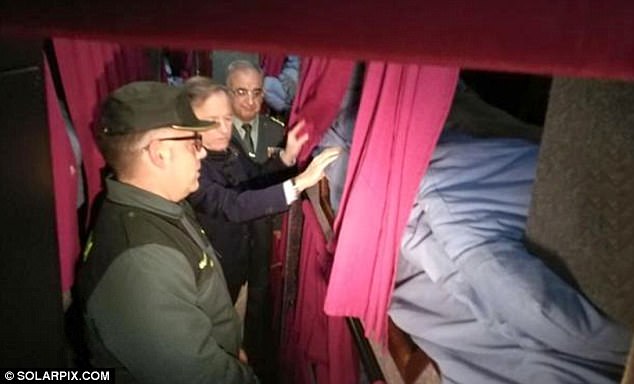 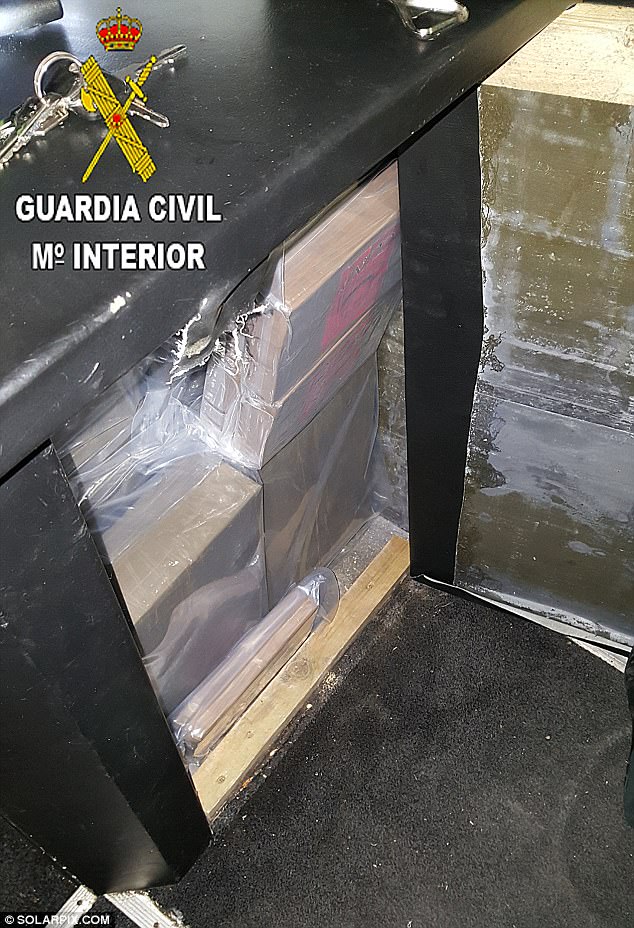 Following the find, a local court has now issued a European Arrest Warrant for the unnamed head of the transport firm which owns the coach 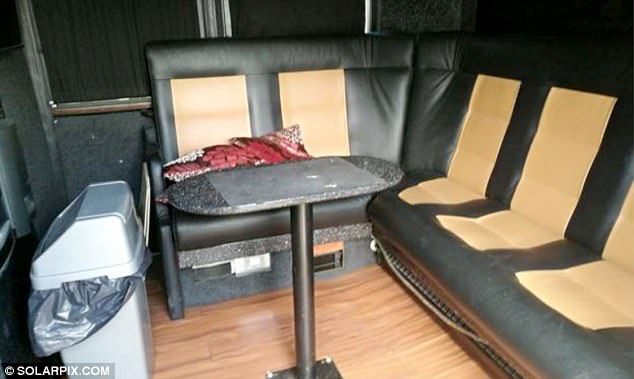 A Civil Guard spokesman in Valencia confirmed in a statement: ‘Officers seized 750 kilograms of cannabis resin and 17 kilograms of cocaine during a drugs operation.

‘The arrests happened in the early hours of Tuesday morning. Two British nationals aged 39 and 59 were held in the municipality of Sagunto on the AP7 motorway.

‘As well as the drugs two mobile phones were seized along with the vehicle.’

A regional government spokesman said: ‘The UK-plated coach is a luxury vehicle and the type used for long-distance journeys and especially for touring bands.

‘A European International Warrant has been issued for the director of the company which owns the vehicle.’

Juan Carlos Moragues, a central government representative for the Valencia area who inspected the coach yesterday with a local police chief, congratulated law enforcement officers on their work, adding: ‘They have stopped these drugs entering the black market where they could have reached a street value of £4.38million.