Two people are dead and at least two more are missing feared killed after an avalanche hit the Swiss ski area of Vallon d’Arbi.

The two recovered bodies were rescued from underneath 20 feet of snow.

Rescuers have been unable to use helicopters in the search mission due to bad weather, officials said.

Rescuers have been working in dangerous and difficult conditions, battling their way through continuous snow 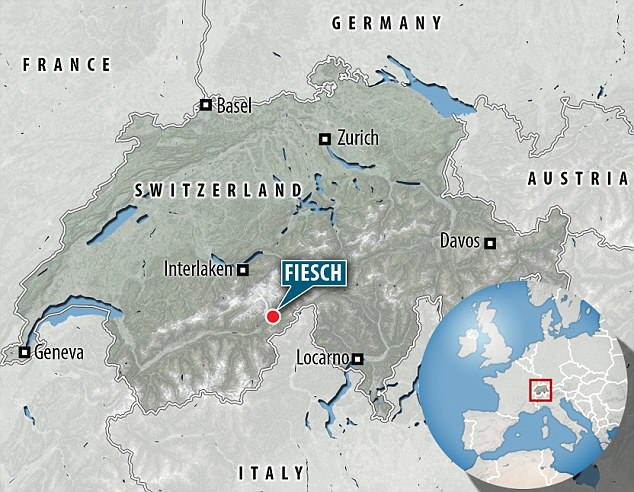 The avalanche happened near the town of Fiesch, which is east of Geneva 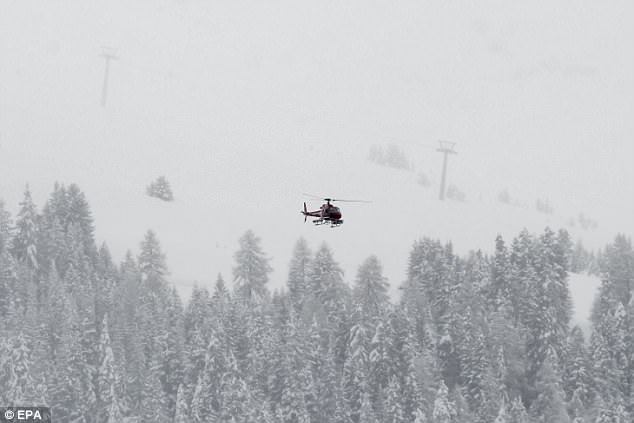 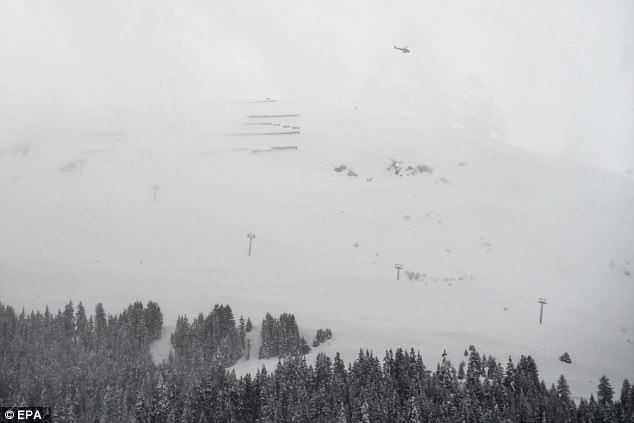 Vallon d’Arbi is an area prone to heavy snowfall and its route is best suited to skilled skiers. The area is sporadically closed for safety reasons, with tourism sites recommending that  visitors ski with a guide

Several people are reported to be missing or unaccounted for after the avalanche – rescuers are now beginning the task of finding buried skiers without air support.

Some were reported to have been ‘carried away’ by the torrent of cascading snow in Fiesch in the Upper Vaiais.

Police in Valais canton said rescue workers were officially searching for two more skiers who are missing after Friday’s avalanche, but that the operation had been suspended for the night amid concerns that the number not accounted for could be higher than officially realised.

Those found dead include French nationals aged, 20 and 25, a police statement said.

‘The bodies were found underneath some six metres of snow’, it added.

A 32-year-old French citizen and a Swiss national, 57, have not yet been found.

Police said rescue teams worked until 3:30 am on Saturday, then paused until 9:00 am before resuming work.

They battled difficult conditions including continuous snow on Saturday before breaking for the night.

A Valais police spokesperson told Swiss public broadcaster RTS that it was unlikely that anyone would still be found alive.

According to RTS, the avalanche happened at an altitude of 7,000 feet.

Vallon d’Arbi is a route best suited to skilled skiers, which is sporadically closed for safety reasons. Tourism sites recommend visitors ski with a guide.

Police said the route was open at the time of Friday’s avalanche.

The accident is the latest in a series of fatal incidents affecting skiers in Switzerland this season, with a series of avalanches killing three in the Swiss Alps last month.