One man is dead and another is critical after being swept off rocks at Port Kembla this evening at the same location where three men drowned three weeks ago.

Emergency services rushed to Fishermans Beach after they received reports three men were swept into the sea just before 7pm on Friday near Hill 60.

Officers from Lake Illawarra Police District along with the Toll Rescue Helicopter crew, Surf Lifesaving IRB crew, and Highway Patrol attended the scene and began searching for the men.

A Highway Patrol officer entered the sea with a flotation device and swam out to the men, along with a member of the public. Two men and the officer were retrieved from the water by the IRB crew, who transported them to Port Kembla beach.

CPR was initiated on one of the a 30-year-old man from Lakemba, however, he died at the scene.

The police officer and the second fisherman were not injured.

The Toll Helicopter crew winched the third man to safety; he has now been transported to Wollongong Hospital where he is reported to be in a critical condition.

There is no further information available at this time on the identities of the men and inquiries are now underway. 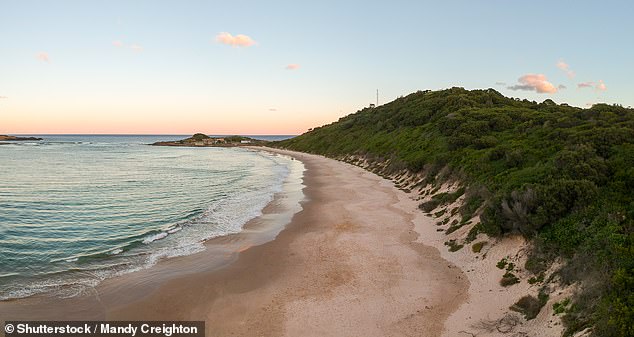