An investigation is ongoing into the crash of the AH-64 Apache helicopter on the sprawling National Training Center at Fort Irwin in southern California, Lieutenant Colonel Jason Brown, U.S. Army spokesman, said in a statement.

Another Army spokesman said that the pilot and the co-pilot were killed, but did not give their names, saying their families had yet to be notified.

The crew of soldiers and the aircraft were based in Fort Carson in Colorado and were on a training rotation at the base in the Mojave Desert, said Brandy Gill, a spokeswoman for the Army at Fort Carson.

The crash occurred about 1am local time, Gill said.

The AH-64 Apache is made by Boeing in Arizona.

Boeing signed a $3.4 billion, five-year deal to make AH-64 Apache helicopters for the U.S. Army and an unnamed foreign customer, the company said in a statement last March. 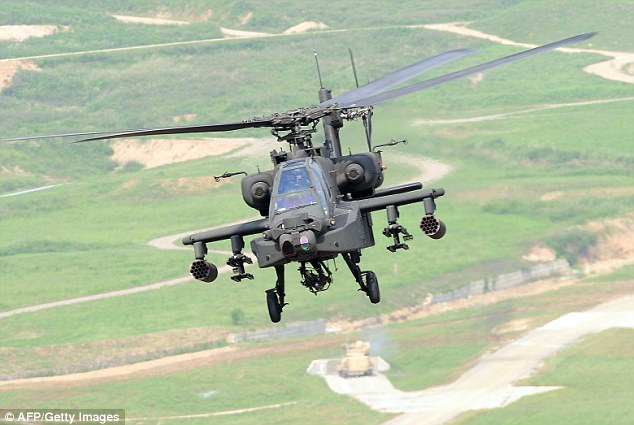 The helicopter was an AH-64 Apache, which is made by Boeing in Arizona (stock image)

Boeing’s website shows that 2,200 AH-64 Apache attack helicopters have been sold globally since the U.S. Army took delivery of its first one in January 1984.