Two people are dead and two others are seriously injured after a fiery crash in Melbourne’s south-east.

Victoria Police confirmed a Mazda 3 and a Nissan Skyline collided on Ferntree Gully Road in Oakleigh East at about 8pm on Sunday, with one of the vehicles bursting into flames.

The driver of the Skyline was a man in his 20s, and was the only person in his vehicle.

He died at the scene.

Police are pleading for anyone with information about a car accident in Oakleigh East on Sunday night, where two people were killed and two others injured (stock image)

There were four people in the Mazda 3, with both the male and female teenage passengers from the back seat being taken to hospital in a critical condition.

The female passenger was later pronounced dead, while the male remains in a critical condition.

Another passenger has non-life-threatening injuries.

‘The driver of the Mazda and his female front seat passenger, both believed to be in their late teens, are assisting police with their enquiries,’ a Victoria Police statement reads.

Investigators are determining what led to the crash. 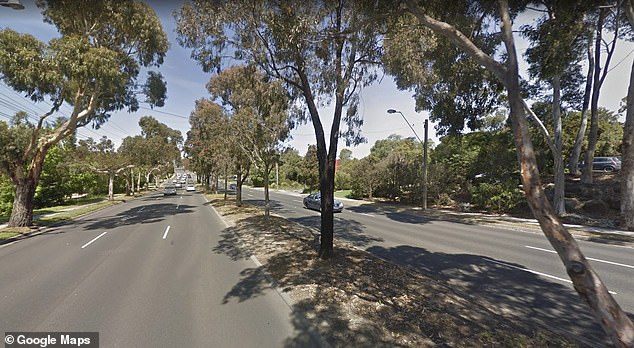