More than 100 over 65s died because of dehydration or malnutrition last year, according to data from the Office for National Statistics.

Despite a general decrease in the number of deaths caused by care failures in recent years, the figures are now rising.

Former Liberal Democrat care minister Norman Lamb said the figures were evidence of a ‘social care crisis’, while a charity called for more to be done to protect the elderly.

Mr Lamb said: ‘It is shocking to think that in 21st century Britain, older people are dying of thirst or hunger in our care homes and hospitals. This lays bare the devastating human cost of the social care crisis. Too many older people are slipping through the net and not getting the dedicated care they need.

‘I hope this will act as a wake-up call and that the Government will take urgent steps to tackle the funding crisis facing our care homes and hospitals.’

The Daily Mail has highlighted appalling neglect in hospitals and care homes as part of its Dignity for the Elderly campaign.

These figures are for ‘underlying causes’ of mortality – rather than just being recorded on death certificates as a direct factor.

Using the separate accounting method of assessing dehydration as either a ‘contributory factor or underlying cause’, there were 429 deaths among over-65s in 2016 – a drop from 480 in 2015. 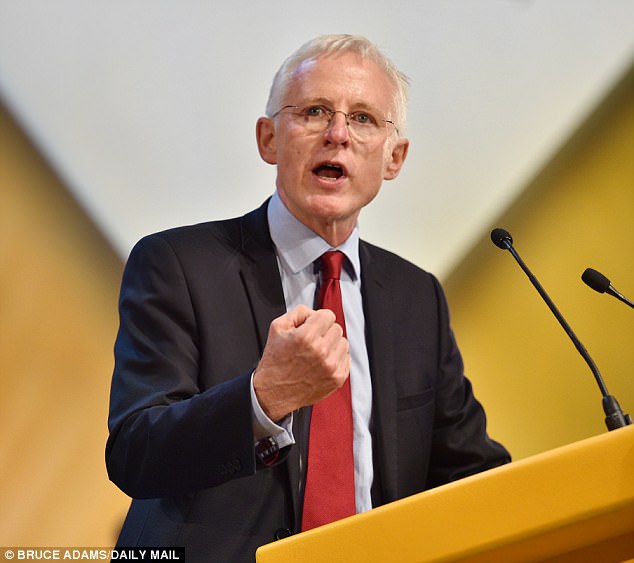 Using the same system, malnutrition caused 253 deaths in 2016 – an increase from 240 in 2015. The figures cannot be added because both hunger and thirst may have been noted on the same death certificate.

The ONS said poor care could not be blamed for all of the deaths. It cautioned that the data did not provide enough information to link the deaths to poor care as it was not possible to determine where the condition originated.

It said there were ‘many explanations’ as to why someone becomes malnourished but said it was possible that poor care may have been a factor in some of the deaths.

Some diseases such as Alzheimer’s or certain forms of cancer make it very difficult for patients to eat or drink. Inspections have already revealed how 312 care homes were failing to adequately feed and hydrate residents between January 2015 and November 2016. That accounts for one in 50 care homes, looking after 11,500 vulnerable patients.

Caroline Abrahams, Charity Director of Age UK, said 1.3million older people suffered from malnutrition because of a lack of help or mental health problems, rather than poverty. She added that nearly one in three elderly who are admitted to hospital are at risk of malnutrition.

Describing the new figures, obtained by the Mail, as ‘shocking’, she said: ‘Making sure older people receive care and support to meet their needs for nutrition and hydration should be an absolute basic.

For people nearing the end of life, every effort must be made to support them to eat and drink for as long as they are able to.

‘No one should be going thirsty, especially when they’re under the care of the NHS.’

She added that good nutrition and hydration should be a ‘top priority’ for those who work in care and older people had a ‘right’ to expect enough food and drink.

A Department of Health spokesman said: ‘Cases like this are completely unacceptable – we are committed to making the NHS the safest healthcare system in the world and reducing these tragic and often preventable cases.

‘Most patients with malnutrition in England have other serious health problems. We continue to train all health staff to spot the early warning signs.’