Two elderly women were involved in a violent road rage involving a truck driver in Victoria.

The women in their 60s were driving along the Tullamarine Freeway, in Melbourne, on Saturday about 1.10pm when an unknown truck came from behind allegedly tailgating and beeping the horn.

Investigators have been told the truck pulled to the side of them and hit the side of the car, pushing them toward a concrete barrier causing damage to the tyres, side mirror and doors.

The aggressive driver pulled in front of the after he struck the side of the car for the second time, according to reports.

After the driver drove off along Wildwood Road and turned into Blackwells Road in Wildwood, the women got out of the car to inspect the damage.

The police statement read, as the women were examining the damage, the truck driver approached them holding a hammer and a stick.

He ran toward the driver but did not strike her, meanwhile the passenger got out to run and she was pushed to the ground by the truck driver.

The truck driver told the women to get back in the car and then proceeded to strike the vehicle multiple times, causing further damage, according to the police statement.

The man lost control of the hammer and it fell into the back seat as the women reversed away. 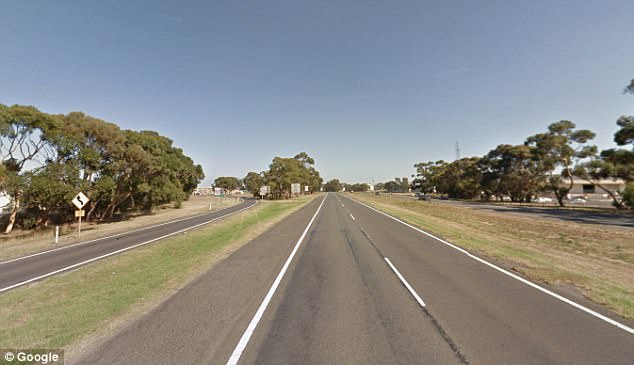 The women drove to a nearby police station to report the matter.

The police statement read the man is perceived to be of Middle Eastern appearance, spoke with a slight accent, aged in his late 20s, curly short black hair, approximately 160cm tall and was wearing a top with ‘Eden’ written on it.

Victorian police have released an image of the truck allegedly involved in the incident and are seeking any information or dash camera footage of the incident.