Two feuding families in NSW fight it out in the streets

Some residents in a northern NSW town are fearing for their lives after a series of massive street brawls reportedly between two feuding extended families.

Police have made six arrests following the fights in Inverell.

NSW Police were first alerted to large groups of people brawling on Waratah Avenue on February 13.

The neighbors of two feuding families fear for their lives after a series of massive street brawl in Waratah Avenue, Inverell

The groups were not brawling when police arrived but officers were forced to pepper spray some members of the group to separate them, NSW Police said in a statement on Monday.

Officers were again called to reports of people fighting in the same street on Sunday night.

‘Police were unable to approach the group after bottles were thrown at the officers who responded to the brawl,’ police said.

One neighbour, who wished to remain anonymous, said she feared for her life and watched as people picked up bladed weapons, poles and bricks during the clash. 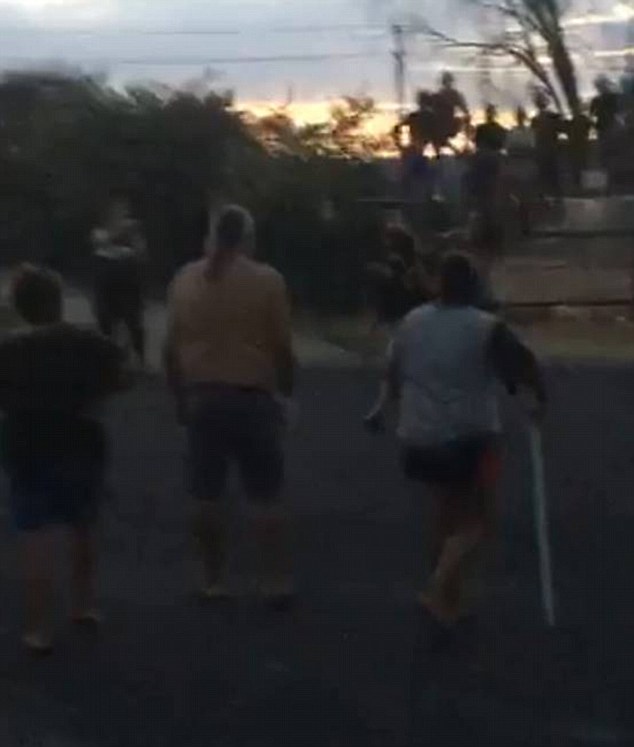 An anonymous resident said she saw people in the fight arm themselves with bladed weapons, poles and bricks

‘I haven’t slept for two nights, I had to get my kid out of here. I’m afraid to be alone.

‘I’ve been told I need to go back to the women’s refuge but I could be there a year before I get another home – I can’t do that to my kid.’

The neighbour, speaking on Monday night, said she feared the violence was about to start again and she could hear people shouting in the street.

‘You can’t look at these people the wrong way,’ she said.

‘They’ll burn your house down.’ 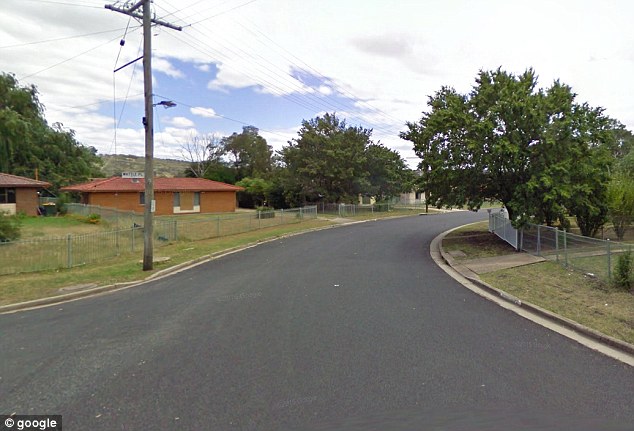 The brawl on Waratah Avenue had broken up by the time police arrived but they still used pepper spray to separate some people.

Officers, earlier on Monday, arrested six people all known to one another.

Police have vowed to conduct high profile and covert patrols of the street in an effort to quell the violence.

The resident said the neighbourhood was done with the warring families and hopes police get the situation under control before it gets worse.

The six people were granted conditional bail to appear at Inverell Local Court on April 12.