Two girls, both 17, smile for selfie before ‘throwing themselves to their deaths’ down a well

Two teenage girls posted a selfie to WhatsApp moments before they are believed to have jumped into a well and drowned in a suicide pact.

The bodies of the 17-year-olds, whose names have not been revealed, were found in the popular suicide spot in Mumbai in India’s western Maharashtra state.

Police say the girls took a selfie picture close to the well and turned it into their WhatsApp profile pictures just before they died.

Their smartphones, shoes and anklets were found nearby leading cops to believe they had deliberately jumped into the water.

One last selfie: the girls, both 17, pose for a picture which they uploaded to WhatsApp before they are believed to have drowned themselves deliberately in the well 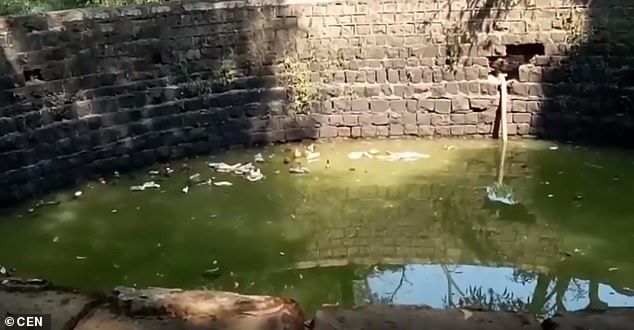 Their shocked families say neither of the girls had shown any signs of being depressed or suicidal and they are mystified.

One of the grieving fathers revealed his daughter had recently begged him to buy her some dresses she had seen on television.

‘I promised to get them for her… The clothes will arrive in a few days but my daughter is not around to wear them,’ he said.

One of the father’s told the Indian Express, ‘What sort of friendship is this where one person says jump into a well with me and the other actually jumps?

‘Even in their last moments, they were dressed in identical tops and black pants.’

Police are studying the girls’ phones in the hope of establishing a motive.

However, the girls had deleted their WhatsApp chats.

Police said one had recently broken up with her boyfriend, telling him that she was seeing another boy, and that could be linked.

It is believed to have been the fourth suicide incident at the well in two years and police said they were ‘tired’ of asking local officials to cover it up. 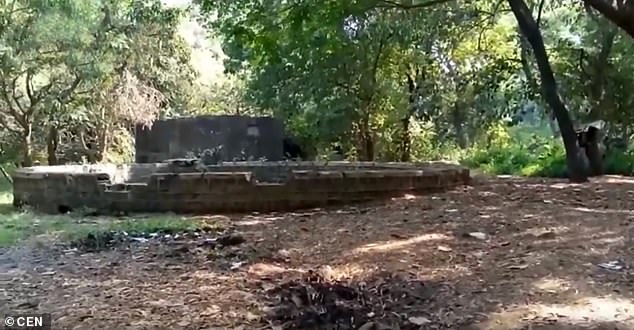 It is known to be a suicide spot and locals say it is the fourth incident in two years; police say they are ‘tired’ of asking local officials to cover the well 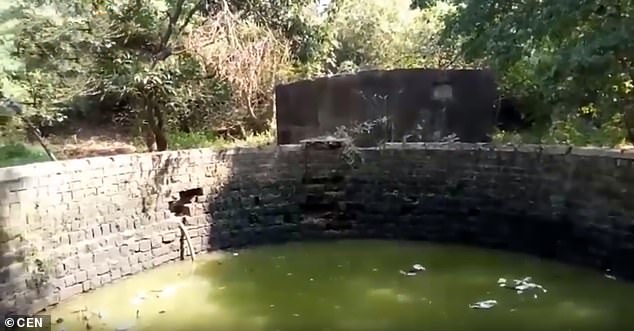 The girls were friends who lived near each other and both of their parents were rice farmers.

One was still in school while the other had left and had started sewing to make some money.

Police say they had left their hamlet on the afternoon of their deaths without saying anything to their families.

One of the girl’s fathers said a local boy saw them walking in the direction of the well but they asked him not to tell anyone he had seen them.

The man said the girls called a boy they knew and told him what they planned to do.

He had called the brother of one of the girls who raced to the scene but arrived too late.

He called emergency services who sent firefighters to recover the bodies from the well and police officers to investigate the incident.