West Coast and Collingwood will strive for grand final glory this Saturday at the MCG in front of an estimated 100,000 fans – but off-field the two football clubs have fared very differently when it comes to their finances.

Figures obtained by Daily Mail Australia show the Eagles were the competition yardstick when it came to their club profit last financial year, finishing over $12 million in front.

It is in stark contrast to the Magpies, who finished dead last in 18th spot, almost $3 million in the red.

Magpies player Jeremy Howe (with fans pictured) will strive for grand final glory this Saturday at the MCG in front of an estimated 100,000 fans 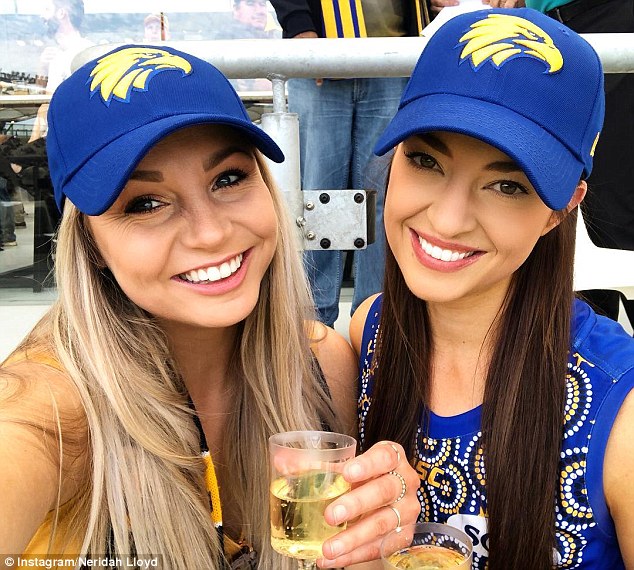 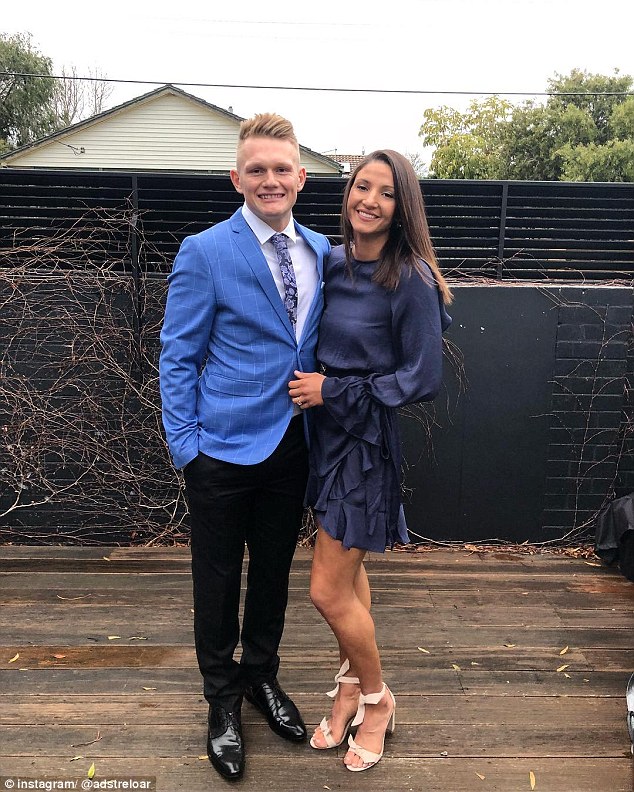 ‘Collingwood has put a lot of money back into their on-field operations, as their rising football and team expenses in the current year demonstrate,’ IBISWorld Senior Industry Analyst Tommy Wu explained.

‘However, the sale of the Collingwood’s gaming operations is expected to significantly boost its profits during the next financial year.’

In better news for Magpies fans, the inner-city Melbourne based club topped the Revenue Ladder, with the Eagles ranked third.

‘Not surprisingly, Collingwood and West Coast are among the top performers when it comes to revenue generated within the competition,’ Mr Wu said.

‘While the on-field performances and match day attendances of these clubs contribute to their strong financial performance, hospitality and gaming also represent significant revenue streams for some clubs.’

Hawthorn topped the table in terms of poker machines takings in 2017-18, with Collingwood not far behind in third.

However the Magpies, led by club president Eddie McGuire, recently announced they will be selling their gaming operations in October. 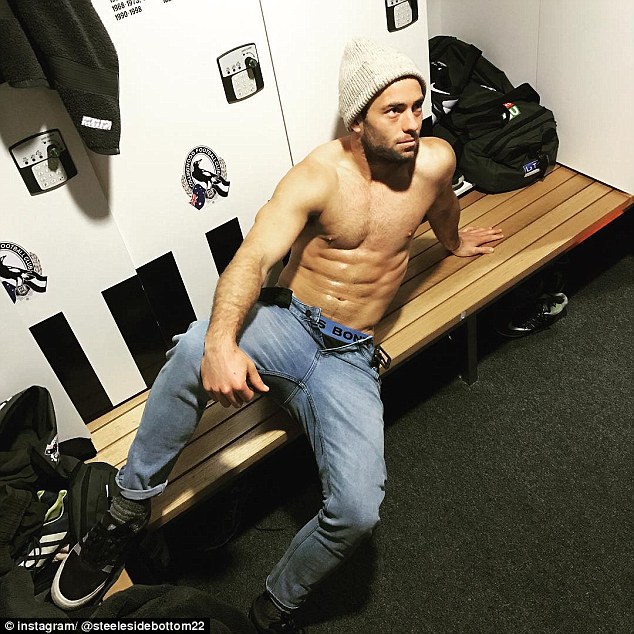 It follows a trend of the majority of AFL clubs opting to cease ties with gaming businesses.

The clubs have shifted away from pokies and gaming as they seek to become more financially viable, with the intention to build positive and family-friendly brands.

IBIS World analysts believe in order for the 18 AFL clubs to increase their future profitability, they will need to seek other sources of revenue as they shift away from gaming machines.

The 2018 AFL grand final between Collingwood and West Coast is set down for 2.30pm this Saturday afternoon and is already a sell out. 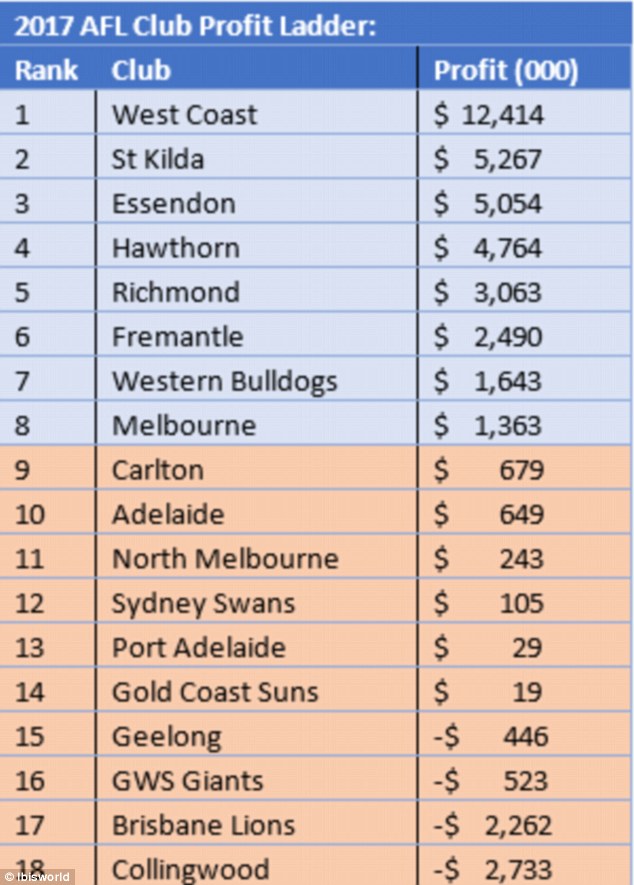 West Coast were the AFL yardstick when it came to Club Profit (Source: IBISWorld) 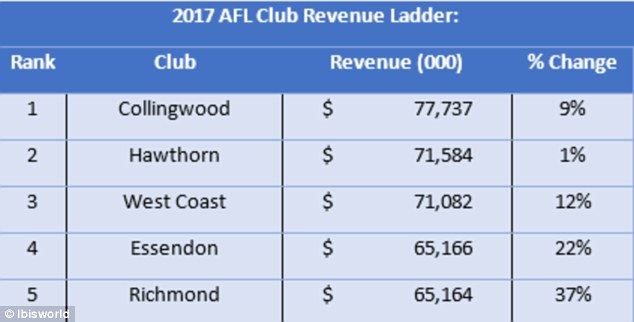