Two hawks from completely different species mate to create a rare hybrid, baffling experts who say the cross would be similar to a house cat coupling with a jaguar

Love was in the air when two distant species of hawks in northern California chose to mate, producing a new hybrid offspring in the process.

It took place near the Laguna de Santa Rosa Wetlands Complex in Sonoma County, California, where bird researchers had spent years following the social interactions of a visiting common black hawk and the local population of red-shouldered hawks.

Researchers still aren’t sure how or why a common black hawk arrived in the region, as the species is native to South and Central America, and in rare instances have been observed in the American southwest and southern Nevada.

Researchers first observed the common black hawk and red-shouldered hawk mating in 2014, and found they had produced a new hybrid nestling 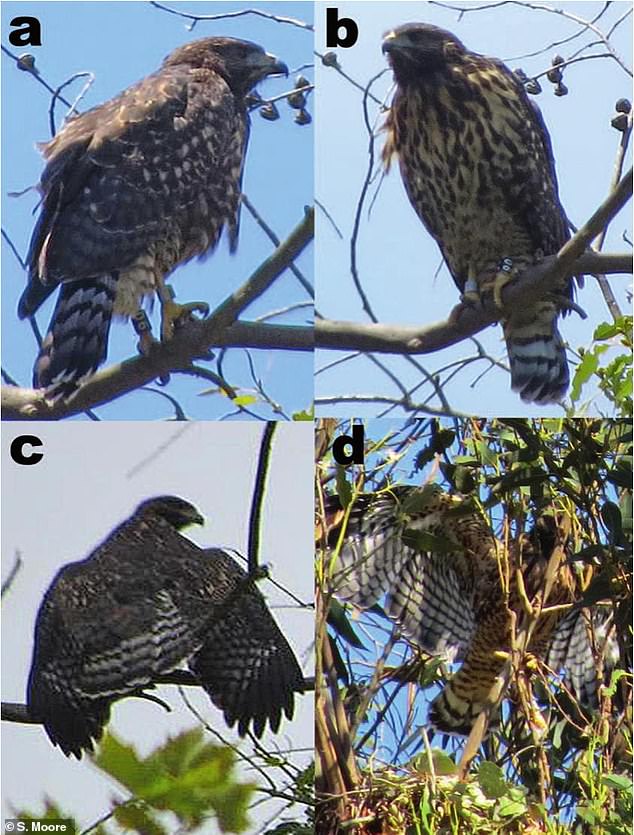 The new hybrid hawk (pictured above) has physical characteristics similar to both species of hawks, but researchers have not yet been able to draw a blood sample to examine its genetic makeup

Whatever the reason, one lone member of the species wound up in the unfamiliar terrain of Sonoma County and decided to stay for more than a decade.

Researchers had observed the two species socializing over the years but were stunned to see they had mated and produced a hybrid chick.

‘That doesn’t happen often in hardly anything, especially not in predators,’ researcher Jennifer Coulson, of Tulan University, told Gizmodo.

To untrained observers, common black hawks and red-shouldered hawks might appear similar, but each comes from a different genus, the biological category one step above species.

While its not uncommon for members of different species to mate and produce a new hybrid offspring, it generally occurs between species with a close genetic relationship, like coyotes and wolves or polar bears and grizzly bears.

The two hawk species, in contrast, are three to four times more genetically distant than common hybridization pairs, making the coupling extremely rare, more akin to a house cat mating with a jaguar, or a gorilla coupling with a human. 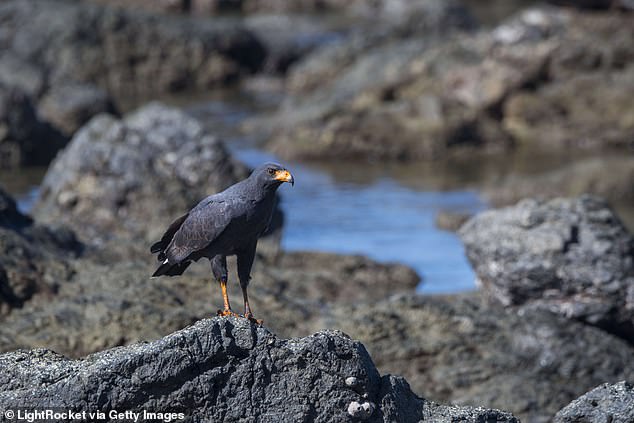 Researchers were surprised to see a member of the common black hawk species in Northern California as the birds typically live in South and Central America, and some parts of the American southwest 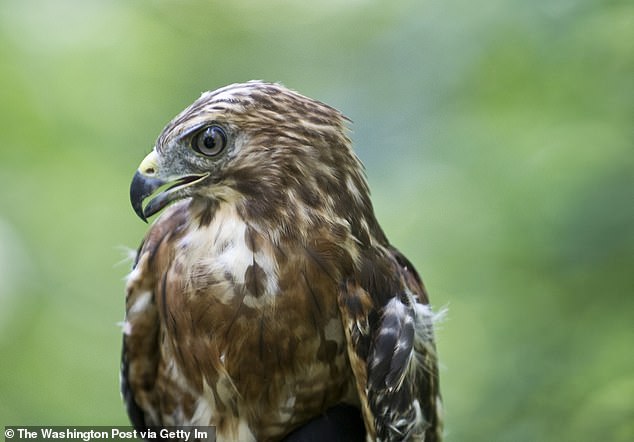 The red-shouldered hawks in Sonoma County lived alongside the common black hawk for nearly a decade before the two species finally decided to mate with one another, which eventually led to the creation of the new hybrid hawk

‘This is what happened between humans and Neanderthals,’ Jente Ottenburghs of Wageningen University told Gizomodo. (Ottenburghs was not involved with the original research.)

‘In some cases, the exchanged genes might result in an adaptive advantage for one of the species. So, hybridization can be an important factor in evolution.’

Researchers have not yet been able to collect blood samples from the new hybrid hawk to learn more about its new genetic makeup, but it appears to have the same dark feathering and large torso of the common black hawk alongside the especially rounded head and shallow hooked beak of the red-shouldered hawk.

The team still isn’t sure what caused the two species to mate, or why the common black hawk ended up settling in a region so far from home.

‘The Laguna de Santa Rosa Wetland is a very rich place that has great feeding opportunities, and so that could be part of it,’ Coulson said.

Hybridization occurs when members of two species procreate, leading to the birth of a hybrid animal.

The phenomenon is most common among species that are closely related, such as lions and tigers, which produce ‘ligers’ when they mate.

In rare instances, one species might mate with another from a different genus and not just a different species, in a process called ‘intergeneric hybridization.’

In some instances, hybrid animals are effectively sterile and cannot reproduce, such as the ‘zonkey,’ a created when a zebra and a donkey mate.

Mules, one of the most famous hybrid animals that are born when a donkey and a horse mate, are also sterile.

In other cases, however, hybrid animals are capable of procreating, including ligers, which have been show to reproduce with lions, producing a hybrid of a hybrid called ‘li-liger.’

Other hybrid animals, such as the ‘Pizzly’ or ‘Grolar Bear,’ produced when polar bears and grizzly bears mate, also capable of procreating.

It’s still unclear why some hybrid animals can reproduce and others can’t, though some have theorized that it’s connected to how similar the genes of the two parent species are.

Some researchers have suggested that hybridization is being driven by climate change, which is pushing species out of their natural habitats and into new territories.

This theory could explain why ‘grolar bears’ have grown as an independent population in nature without any direct human intervention to force them to breed.

As global temperatures rise, grizzly bears are driven further north to find food, which has led to more frequent mixing with polar bears.

‘It’s as if two groups had long been living separately, but in adjacent rooms, and suddenly man came along and pushed open the door between them,’ Laura Hoflinger of Spiege wrote in a report on the species.