Mokbel, now 53, was once the Ferrari-driving ‘king’ of the city’s underworld and Australia’s most wanted fugitive.

Before he was finally locked up for good, Mokbel’s life of crime involved tonnes of amphetamines and some mean feats.

One incident that stands out is Mokbel being blown out the door of his Brunswick amphetamines lab when it exploded in 1997.

But he is best known for making one of the country’s great escapes from the long arms of the law in 2006.

Despite being amidst a cocaine trafficking trial, Mokbel fled Melbourne, hid in a Bonnie Doon farmhouse, drove across the country to Fremantle, Western Australia, and sailed from there to the sunny Mediterranean coast. 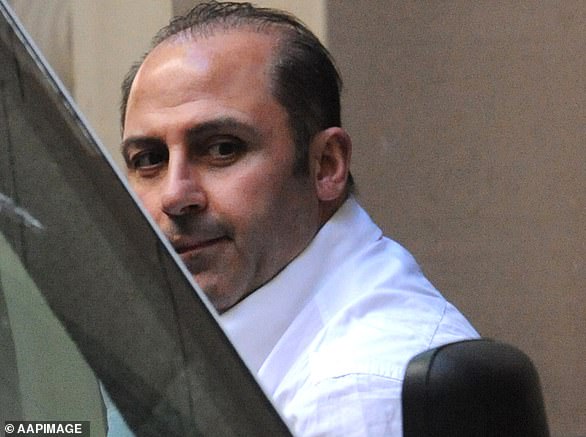 Morkbel is currently serving his 30 year jail sentence, with a minimum parole period of 22 years, after being sentenced in 2012 for masterminding a multi-million dollar drug trafficking empire

He kept running his drug empire from Athens, Greece, with his syndicate reportedly trafficking more than 45 kilograms of MDMA and $4million worth of speed over three years.

But it all ended in handcuffs and mockery when police finally caught him with him while he attempted to disguise himself in a floppy wig.

One of Victoria’s top policemen famously described the headpiece as a ‘shocker’.

Mokbel was hauled back to Australia and in 2012 the Victorian Supreme Court sentenced him to 30 years imprisonment, with a non-parole period of 22 years.

Born Antonios Sajih Mokbel in Kuwait to Lebanese parents in 1965, his family migrated to Australia when he was eight.

He grew up in poverty in Melbourne’s northern suburbs.

As a teenager, Mokbel started out at his brother’s pizza shop but within six years became the head of a multi-million dollar drug empire. 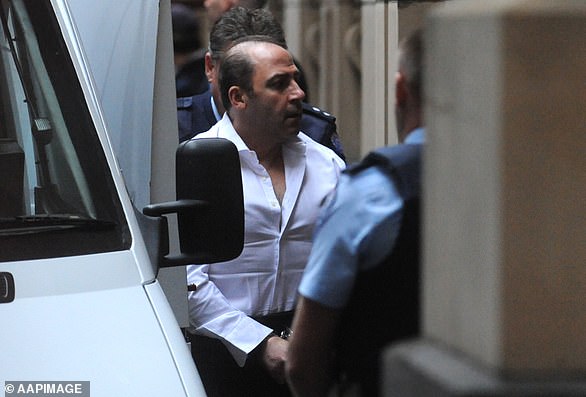 1980s – From the early 1980s, Mokbel was convicted of a variety of offences, including assaults, threats to kill, resisting arrest, possessing a gun.

1992 – Sentenced to 12 months for trying to bribe a County Court judge.

March 20 – Disappears during Victorian Supreme Court trial over the importation of 2kg of cocaine from Mexico to Melbourne.

March 31 – Mokbel sentenced in absentia to a minimum of nine years’ jail for trafficking cocaine.

Mokbel hid in rural Bonnie Doon in Victoria for eight months before driving to Western Australia and fleeing on a yacht via the Suez Canal to Greece where he arrived on Christmas Eve, 2006. 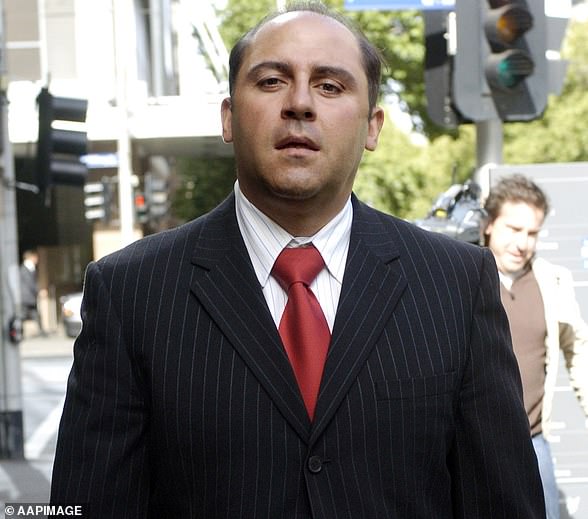 Feb 28 – Mokbel charged with the murder of gangland patriarch Lewis Moran, gunned down by two men in Melbourne in 2004. Mokbel is alleged to have ordered the hit on Moran for $140,000.

June – Police arrest him at a cafe in Athens

RETURN TO AUSTRALIA TO FACE JUSTICE

May 17 – Mokbel lands at Melbourne Airport and is taken to Barwon Prison.

May 20 – Appears in court for the first time via video link from prison. 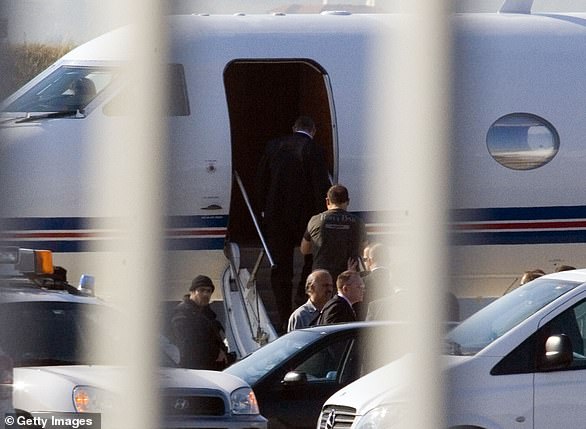 Mokbel, center in t-shirt, boards a small jet escorted by Australians police at the Athens International Airport on May 16, 2008

April – A murder charge laid against Mokbel for the 2003 murder of Michael Marshall is dropped.

August – Trial begins for Mokbel over the murder of Lewis Moran.

February 11 – left in a critical condition after being stabbed in Barwon Prison.