Two men have admitted stealing then returning a £50million painting that was found hidden inside the wall of an Italian art gallery 23 years after it went missing.

The artwork called ‘Portrait of a Lady’ by Gustav Klimt was stolen from the Ricci Oddi modern art gallery in Piacenza in 1997.

Experts confirmed on Friday that the canvas was authentic after it was found wrapped in a rubbish bag by gardeners clearing ivy from the gallery wall.

Questions remained as to how the masterpiece, completed in 1917, came to be hidden in the wall and whether it has ever left the art gallery’s grounds.

Now, two men have admitted taking the piece and claimed they returned it four years ago ‘as a gift to the city’, according to the Guardian.

They are said to have confessed in a letter to a local journalist, Ermanno Mariani.

‘Portrait of a Lady’ by Gustav Klimt was found wrapped in a rubbish bag at the Ricci Oddi Modern art gallery in Piacenza, northern Italy, in December last year 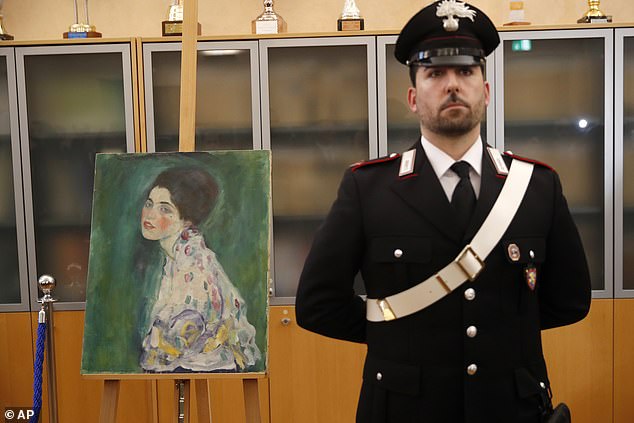 An Italian Carabiniere paramilitary police officer standing near the painting which was found hidden in the art gallery wall, 23 years after it went missing

Police questioned the two men, who are believed to be part of a gang involved in dozens of thefts in the city and surrounding area.

Guido Gulieri, a lawyer acting for the pair, said they confessed to Mariani three years ago but were not believed. 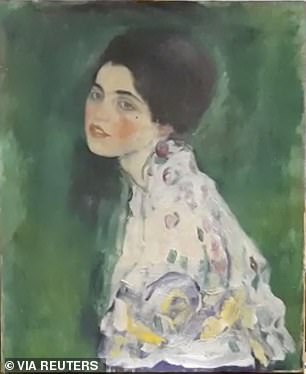 He told the Guardian: ‘They said they returned the painting four years ago.

‘But we don’t yet know the details of how it came to be [in the wall] and what exactly happened to the painting in the intervening years. They had confessed before but were not believed.’

Art experts used infrared radiation and other non-invasive techniques to confirm the authenticity of the painting, which is of a young woman sensually glancing over her shoulder.

After the artwork vanished in February 1997, police believed thieves had used a fishing line to hook the masterpiece off the wall and haul it up through an open skylight to the gallery roof. It was here, officials said, that the frame was discarded.

A skilled forgery of Klimt’s painting, wrapped up and posted to a disgraced politician, was seized by authorities a month later, adding to the mystery.

Mariani said: ‘They [the two men] have been obscure about the details but have always maintained that the painting was not in the cavity all of that time.

‘I’m not a technical expert, but it would have been damaged if it had been there for all those years.’

Painted by the Austrian artist and nouveau master, the masterpiece is also still in remarkably good condition. 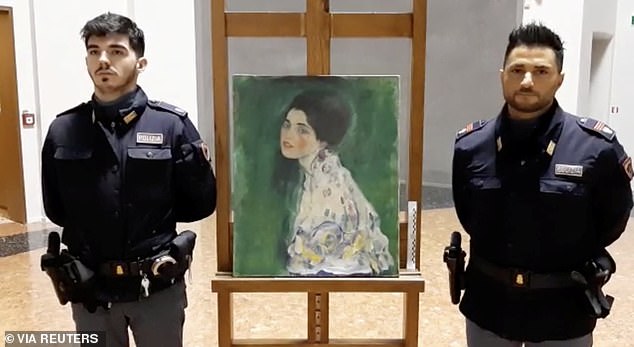 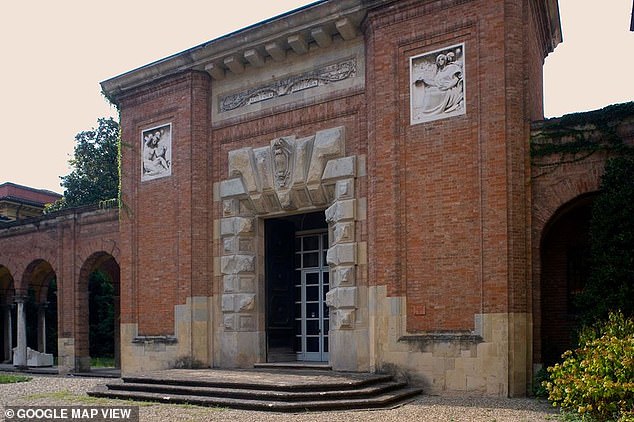 It has suffered just one scratch to the canvass edge, possibly caused when it was removed from the frame.

Since it was recovered, the painting has been locked in a vault of the local branch of Italy’s central bank for safekeeping.

Papamarengh said it was hard to believe that the original had been hidden in the gallery wall ever since its disappearance, saying the building had been carefully searched after the theft.

‘The painting’s condition is excellent. It seems strange to believe it has been tucked away in a wall, close to the ground and vegetation for 22 years,’ he added.

Papamarengh said the Klimt was second on the list of most valuable art missing in Italy, just behind a painting by Caravaggio stolen from a church in Sicily in 1969.

The Klimt is considered particularly important because shortly before its disappearance, an art student realised it was painted over another work previously believed lost.

This was a portrait of a young lady that had not been seen since 1912 – making it the only ‘double’ Klimt known to the art world.