Tunisian Rachid B., 38, and Abdullahi A., 26, from Nigeria, allegedly set upon the vulnerable 18-year-old Ukrainian as she headed back to her room from dinner on the Oscar Wilde Hotel ship moored in the Rhine on March 6.

Rachid is believed to have followed the girl back to her quarters before forcing his way through the door and assaulting her in her own room.

Just ten minutes after Rachid fled the cabin, the second alleged perpetrator burst in and committed his own heinous act, the court heard.

Though the alleged rapes were committed in quick succession, the accused are not thought to have known each other and there is no evidence of a joint plan between them, the Düsseldorf public prosecutor’s office said.

Like the 18-year-old victim, both Rachid and Abdullahi fled Ukraine in the days after Russian tanks rolled across the border on February 24, travelling through Poland and into Germany.

The alleged perpetrators hold Ukrainian citizenship, Rachid B. having studied as a dentist in Ukraine and Abdullahi having studied computer science after graduating from high schools in their respective home nations.

Tunisian Rachid B., who studied as a dentist in Ukraine before fleeing the war to Germany, hides his face as he appears in court following the alleged rape of an 18-year-old Ukrainian refugee 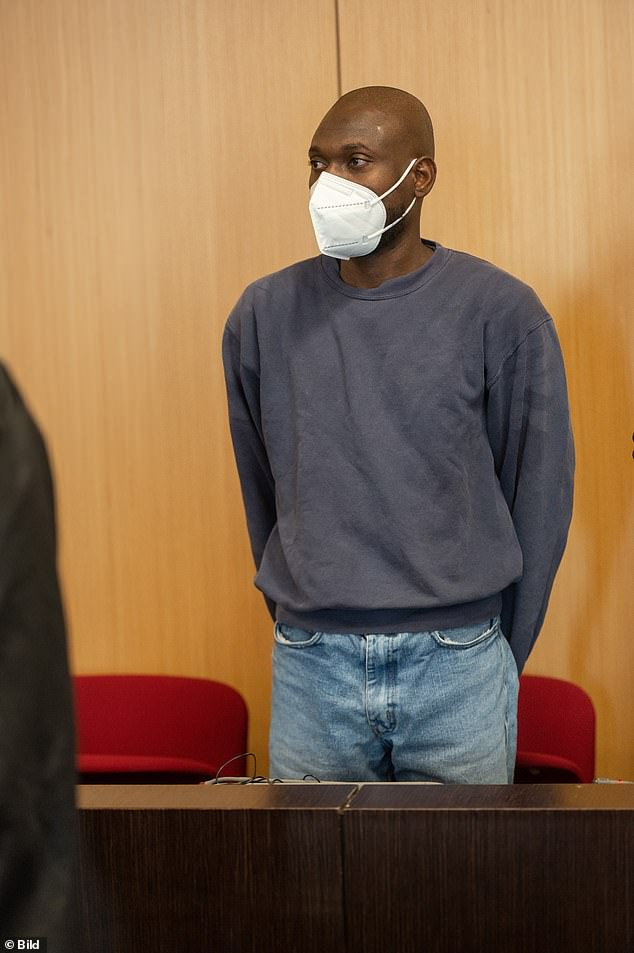 Just ten minutes after Rachid fled the cabin, the second alleged perpetrator Abdullahi A. (pictured) allegedly burst in and committed his own heinous act 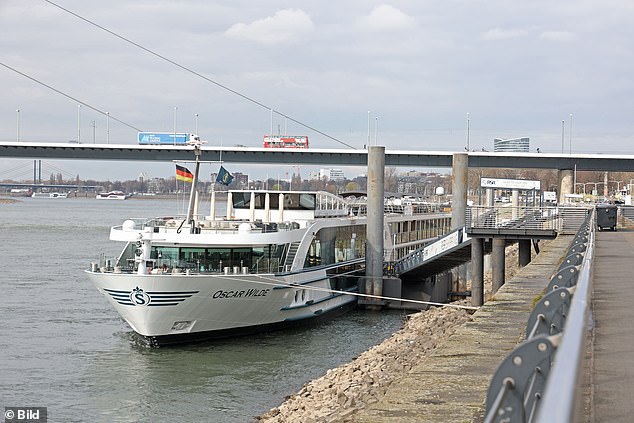 The rapes are believed to have taken place in quick succession aboard the Oscar Wilde hotel boat, moored in the Rhine, on March 6

The accused were not offered a chance to speak at the hearing on Wednesday, and simply stood before court officials as their history and details of the case were read out.

If found guilty, Rachid and Abdullahi face a lengthy prison sentence and deportation.

The Ukrainian victim meanwhile did not appear at the court due to a positive Covid test, according to Bild.

More than 25 refugees were staying alongside paying guests on the hotel ship at the time of alleged incident after fleeing the invasion of Ukraine.

MP Andrea Lindholz told Bild that police must do more to ‘specifically ensure the protection of Ukrainian women by checking accommodation’ and warned the alleged rape on the Oscar Wilde means authorities must ‘act immediately’.

A police spokesperson said: ‘Politicians should now do everything to ensure that such terrible cases of rape as on the hotel boat in Düsseldorf do not accumulate.

‘Harsh and swift punishment followed by deportation is the only language such perpetrators understand.’

Some 6.5 million Ukrainians have entered the EU since February, according to Frontex, the EU Border and Coast Guard Agency, streaming into neighbouring countries like Poland with some making their way further west.

Around half have since returned to Ukraine, but there are still up to 3 million Ukrainian refugees thought to be living throughout Europe, many of whom are women and children who find themselves particularly vulnerable. 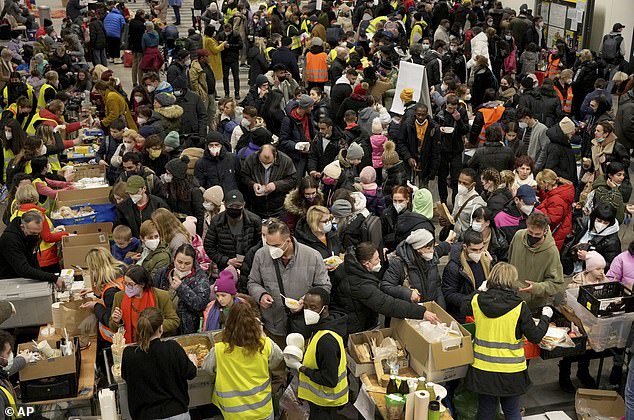 Ukrainian refugees queue for food in the welcome area after their arrival at the main train station in Berlin, Germany, March 8, 2022 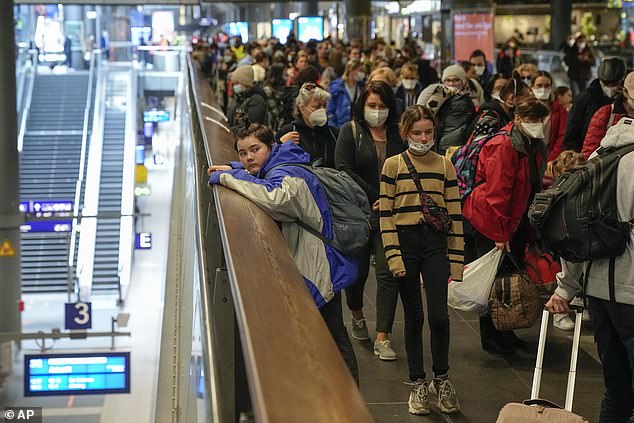 Some 6.5 million Ukrainians have entered the EU since February, according to Frontex, the EU Border and Coast Guard Agency (refugees pictured in Berlin, March 24). More than 3 million have returned to Ukraine, but there are huge numbers of vulnerable women and children now strewn throughout Europe

‘Obviously all the refugees are women and children,’ said Joung-ah Ghedini-Williams, the UNHCR’s head of global communications, warning that such an outpouring of vulnerable refugees creates ideal conditions for predatory individuals and human trafficking outfits.

‘You have to worry about any potential risks for trafficking – but also exploitation, and sexual exploitation and abuse. These are the kinds of situations that people like traffickers look to take advantage of,’ she said.

Tamara Barnett, director of operations at the Human Trafficking Foundation, a UK-based charity which grew out of the All Party Parliamentary Group on Human Trafficking, said that the exodus of mostly female and child refugees from Ukraine was a ‘recipe for disaster.’

‘When you’ve suddenly got a huge cohort of really vulnerable people who need money and assistance immediately, it’s sort of a breeding ground for exploitative situations and sexual exploitation,’ she said.