Two men arrested when cops find underground bunker with $8.4MILLION worth of cocaine inside

Two men have been arrested in a drug bust where cops found an underground bunker with $8.4million worth of cocaine inside.

Investigators found roughly 300lbs of cocaine in two suspects’ home after first stopping them in a vehicle near Santa Ana, California, on Thursday.

The stop was initiated by a joint organization that was carried out by 12 different agencies, the Orange County Sheriff’s Department said in a press release.

The suspects – two men aged 24 and 38 – were arrested at the stop after a significant amount of narcotics was found in the vehicle.

Investigators near Santa Ana, California, found an underground bunker filled with $8.4million worth of cocaine 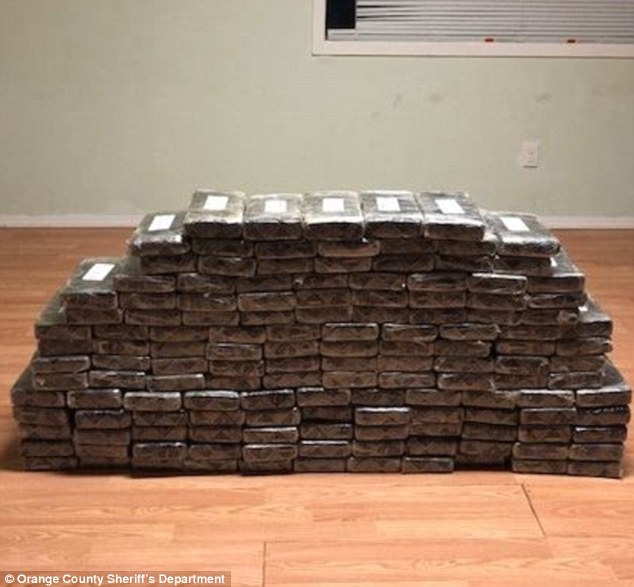 The 300lbs of cocaine was found after officials stopped a vehicle with two men inside. They found narcotics in the vehicle, which led them to investigate their home

The arrest of the two men led officials to a investigate the suspects’ residence after a search warrant was obtained.

There, officials found more than $8.4million worth of cocaine hidden in an underground bunker in the backyard of the home.

The bunker was reportedly packed with stacks of cocaine that equaled to 140kgs, or roughly 300lbs.

Officials with the Sheriff’s Department said the drug bust is part of a larger ongoing investigation with 11 other agencies.

These agencies include the Federal Bureau of Investigations, the Drug Enforcement Administration and the Orange Police Department.

Additional information about the men who were arrested and other details about their alleged crime have yet to be released as the investigation continues.

The Sheriff’s Department said it would share more information ‘at the culmination of the full investigation.’ 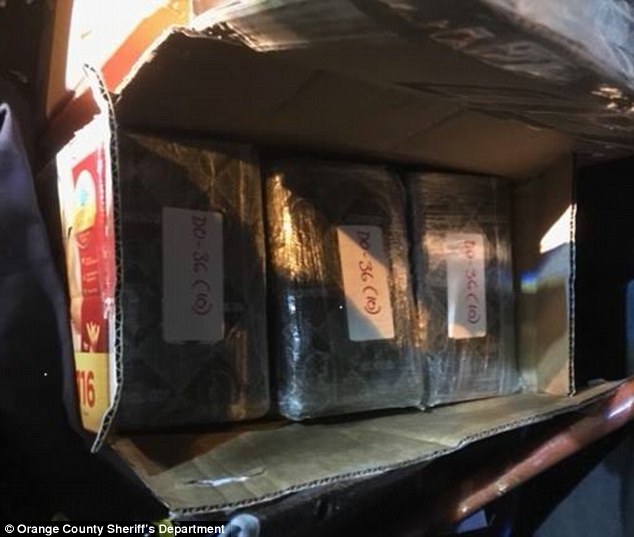 The Orange County Sheriff’s Department released the photos from the drug bust and a statement, but has yet to release the names of the suspects. Officials said this bust was part of a larger investigation by 12 agencies