Two people have died in a murder-suicide after a man broke into a Texas home and killed his ex-girlfriend’s new boyfriend before turning the gun on himself.

The ex-boyfriend, identified by relatives as Randy Salinas Jr, arrived at the home where he used to live in Cypress, north-west of Houston, at about 3.15am on Monday and started beating the garage door.

Police said that when no one answered, he entered his old garage door security code and went into the home. 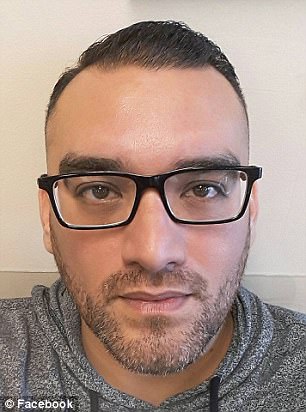 Randy Salinas Jr shot dead his ex-girlfriend’s boyfriend and then killed himself after breaking into a home in Cyprus, Texas early Monday morning

He shot dead his ex’s new boyfriend and also shot at his former girlfriend. She was injured but is in a stable condition.

Authorities have not named any of the victims.

There were two other people home at the time, but they hid upstairs in a locked bedroom when the gunfire erupted.

The gunman had been separated from the woman for several years.

His cousin Peter Garcia told KPRC that Salinas had been living with him but he was out of town when the murder-suicide occurred. 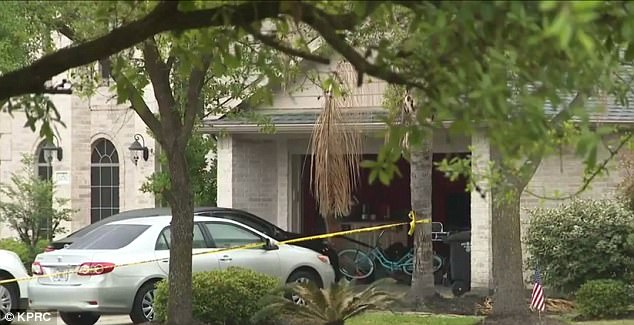 Salinas arrived at the home where he used to live in Cypress, north-west of Houston, at about 3.15am on Monday and started beating the garage door 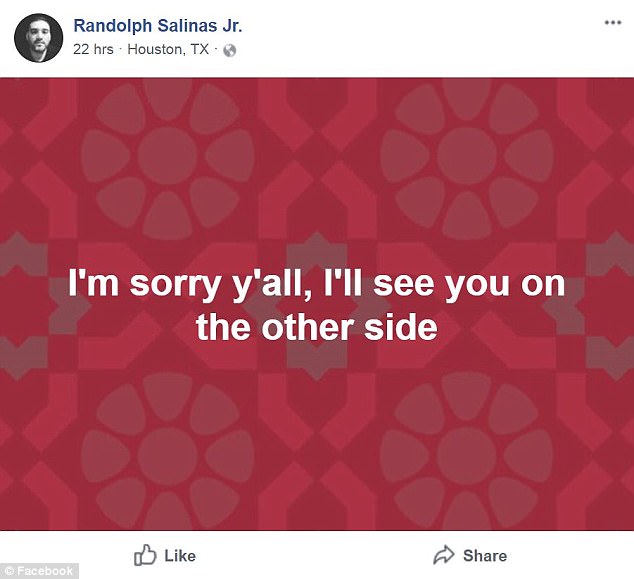 Salinas had worried family and friends with a series of Facebook posts in the hours before the shooting.

‘If I only seen those messages maybe I could have tried to call and talk to him or… I just didn’t catch it – I didn’t see it in time,’ his cousin Garcia said.

‘I’m not going to sit here and blame myself for it but I sure could have tried to make a difference.’

Police are still investigating a motive for the shooting. 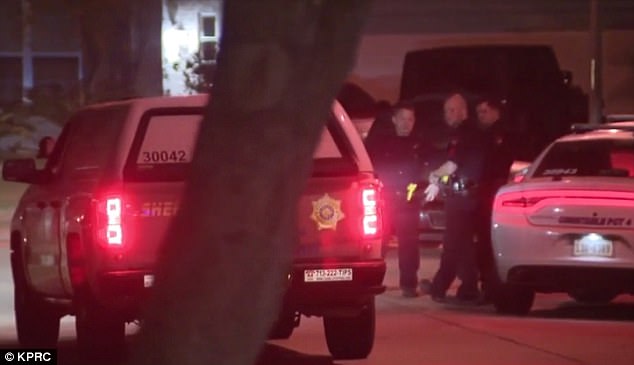 Police arrived at the home to find the two men dead. They have not publicly released any names of the victims