Snake bites left two men fighting for their lives after the venom caused their muscles to swell.

In 2016 and 2008 two men, believed to be from Japan, were diagnosed with acute compartment syndrome (ACS) after going to hospital complaining of agonising pain and swelling, with no apparent cause.

Published in a journal earlier this month, it emerged the men’s muscles were severely enlarged, as well as them suffering kidney damage, paralysis and tissue death.

After lengthy hospital stays of up to 48 days, both men were discharged, but took years before they stopped being plagued by their excruciating symptoms.

Doctors believe their ACS occurred due to a venomous bite from a mamushi, which is the most common snake in Japan and is considered the most dangerous, killing up to 10 people a year.

Mamushi venom causes people’s tissues to liquify, which can cause severe swelling, as well as sight loss and internal blood clotting.

Although neither mean showed any sign of being bitten, mamushi wounds often go unnoticed due to the snakes’ fangs being very thin and only around 5mm long, with many dismissing the minor pain as splinters. 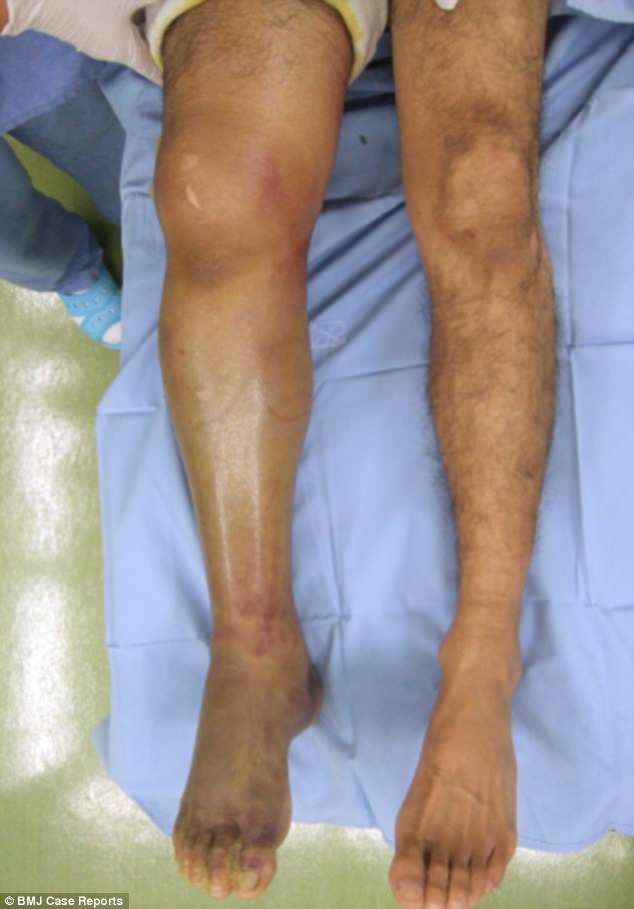 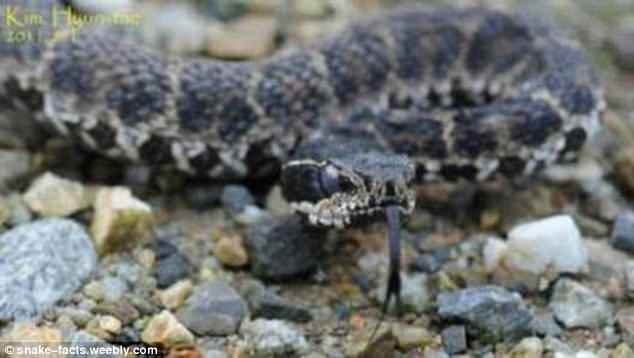 Doctors believe their symptoms occurred due to a venomous bite from a mamushi (pictured), which is the most common snake in Japan and is considered the most dangerous

WHAT IS COMPARTMENT SYNDROME?

Compartment syndrome is a painful and potentially serious condition caused by bleeding or swelling within a bundle of muscles.

This causes an increase in pressure, which restricts blood flow to the area, and could damage nearby muscles and nerves.

The legs, feet, arms and hands are most commonly affected.

Acute compartment syndrome occurs suddenly after a fracture or injury.

Treatment involves making an incision in the muscles to release pressure.

It usually passes within minutes of stopping the activity.

Treatment may involve stopping the activity that is causing the problem, as well as physiotherapy and anti-inflammatory drugs.

Man lost the ability to move his arm

In April 2016 an unnamed man, 38, went to hospital complaining of severe pain in his left arm, according to BMJ Case Reports.

Eight hours before going to hospital, the patient fell in his garden and developed swelling in his left forearm with tolerable pain.

Scans revealed no broken bones or internal bleeding, yet his pain and swelling worsened, leading doctors to believe he was suffering from ACS.

As well as developing a squint and double vision, tests revealed evidence of liver damage and inflammation.

Surgery was performed soon after his arrival at the hospital to relieve swelling and wash the suspected venom out of the affected area.

Although the patient was put on a high dose of antibiotics, just two days later he developed excess fluid on his left lung and around his heart. He also lost his ability to move his affected hand and arm.

After being placed on hemodialysis, which cleans the blood, on day four, the patient gradually started to improve and was finally discharged after 32 days with full hand and arm movement.

He said: ‘I am satisfied with the treatment I received from the medical team.

‘I got back to my preinjury state completely 3 months after the injury.’ 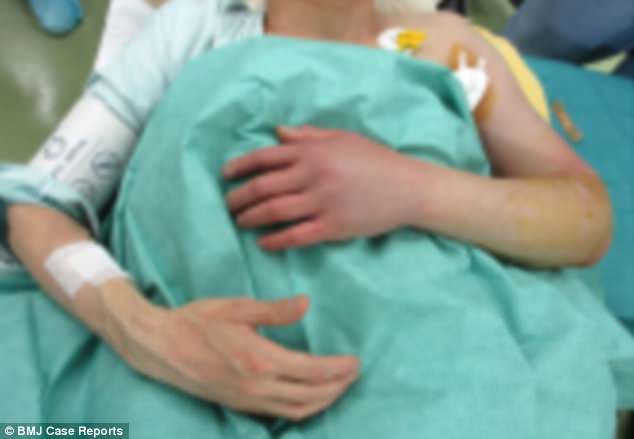 Swelling can be seen in the first patient’s left arm, which is thought to be due to a snake bite

In July 2008 an unnamed man, 42, went to hospital complaining of severe pain and swelling in his legs.

Eighteen hours earlier, he stumbled in a street gutter and was treated with antibiotics at a different medical centre.

There, he was referred to a specialist after doctors suspected his soft tissue had started to die due to bacteria entering his body.

While at the specialist hospital he was diagnosed with ACS and, within two hours, underwent surgery to relieve pressure on his legs.

The patient was discharged on day 48 with mild paralysis, which did not completely disappear for two years.

He said: ‘I was pleased with the medical care I received from the hospital staff.

‘Although I had a slight symptom of peroneal nerve paralysis for about two years after the treatment, I could still perform my daily activities.’