Two MI6 agents tried to stop a judge reading secret documents in a ‘licence to kill’ case, forcing a senior spy to apologise over the ‘inappropriate interference’

By David Barrett And Larisa Brown For The Daily Mail

MI6 spies made an ‘inappropriate’ attempt to stop a senior judge reading secret papers in a ‘licence to kill’ case, it emerged yesterday.

Two agents called to ask that the documents should not be passed to members of the Investigatory Powers Tribunal, including Lord Justice Singh.

The IPT, which monitors spy agencies, then wrote to MI6 saying the telephone calls had been ‘inappropriate interference’ in judicial processes. A senior spy had to make an apology.

The papers were originally disclosed in a case brought last year by four human rights organisations over alleged ‘licence to kill’ crimes linked to intelligence operatives at sister agency MI5.

Lord Justice Singh said yesterday that although ‘something serious had gone wrong’ he accepted MI6’s contrition.

‘The tribunal’s secretary acted entirely appropriately in responding the way she did and by drawing these matters to my attention,’ he said. ‘This tribunal is, in substance, a court which is completely independent of the Government, the intelligence agencies and everybody else. In March 2019, it was recognised that the direct communication was inappropriate. 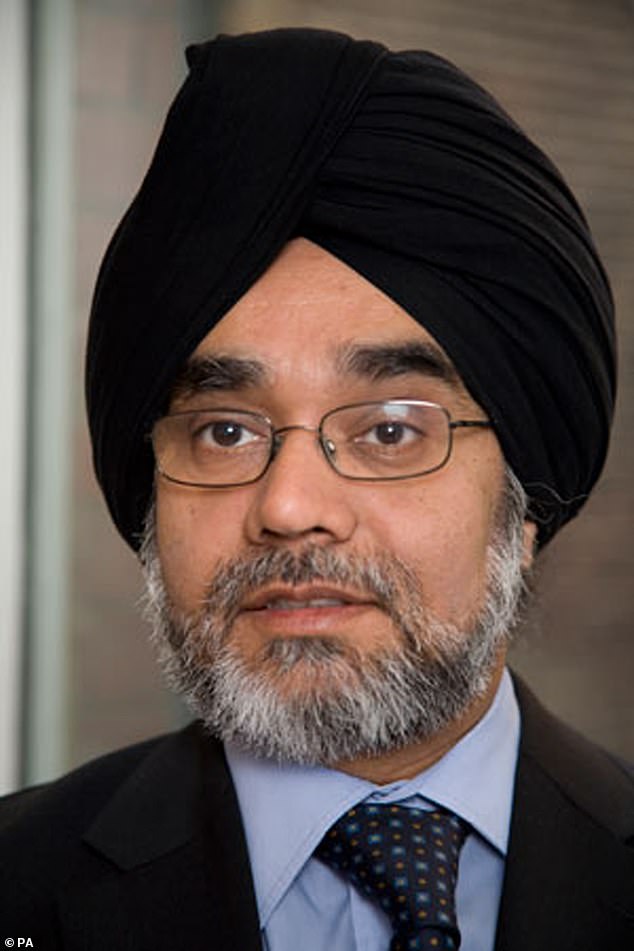 Details of the debacle emerged during an IPT hearing in London yesterday. The documents at the centre of the case related to inspections of MI6’s work.

They had been passed to the IPT by another body, the Investigatory Powers Commissioner’s Office.

After receiving the phone calls from MI6, the IPT’s secretary Susan Cobb wrote to the agency to say: ‘It was inappropriate for your staff to seek to intervene in ongoing legal proceedings in the way that they sought to do.’

Maya Foa of Reprieve, one of the human rights groups involved, said: ‘Britain’s security services play a crucial role in keeping this country safe. But they do not get to decide what evidence a court should see.’