Face masks will be mandatory for anyone who steps outside in the Melbourne CBD and Mitchell Shire from 11.59pm on Wednesday.

Tasmania’s first case in 66 days, confirmed on Monday night, was a woman who had recently arrived from Victoria.

In New South Wales a 30-year-old man is fighting for life after 20 new cases were recorded and linked to three growing clusters and returned travellers.

* NSW confirmed 20 new cases, including a 30-year-old in intensive care. All are linked to three known clusters including the Bateman’s Bay Soldiers Club, or travellers in quarantine.

* Queensland has one new case and Tasmania is investigating a suspected infection which could be the island state’s first in two months.

* Premier Gladys Berejiklian has urged people in NSW to wear a mask if they can’t socially distance.

* She also ruled out moving the state’s border with Queensland south to stop traffic bottlenecks at border checkpoints, saying it should be moved further north instead.

* Federal parliament has been scrapped until August 24. 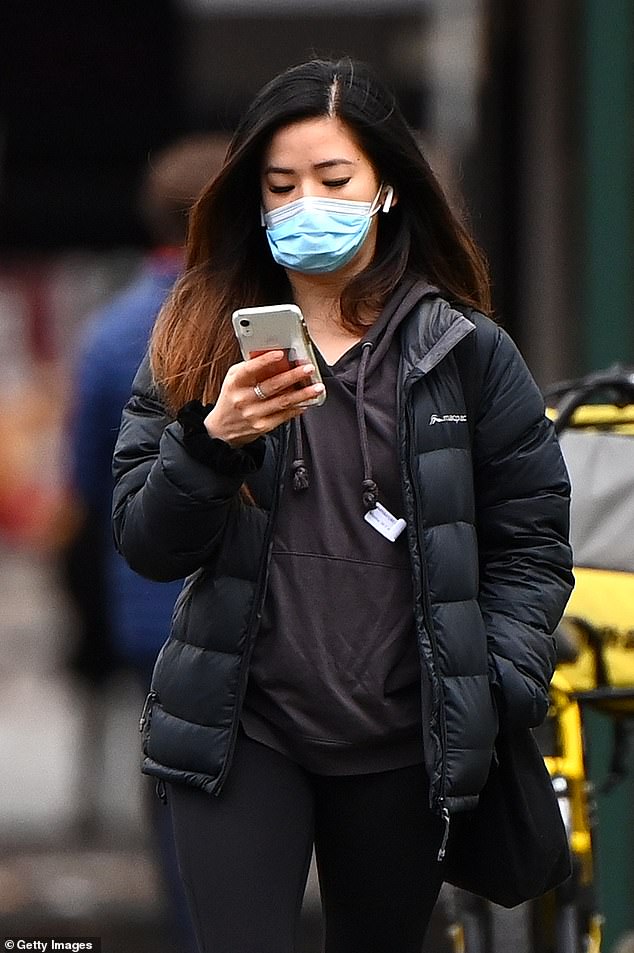 A woman wearing a face mask walks through the city on July 20, 2020 in Melbourne

* Think tank The Australia Institute has released modelling showing more than half a million people will be thrown into poverty if JobSeeker is returned to its former amount.

* JobKeeper is likely to switch from a $1500 flat fortnightly rate to a tiered system, closer to worker’s pre-virus wages, Treasurer Josh Frydenberg has said.

* Small to medium-sized businesses will be able to access government-guaranteed loans of $1 million, up from a previous cap of $250,000, benefiting about 3.5 million extra companies. 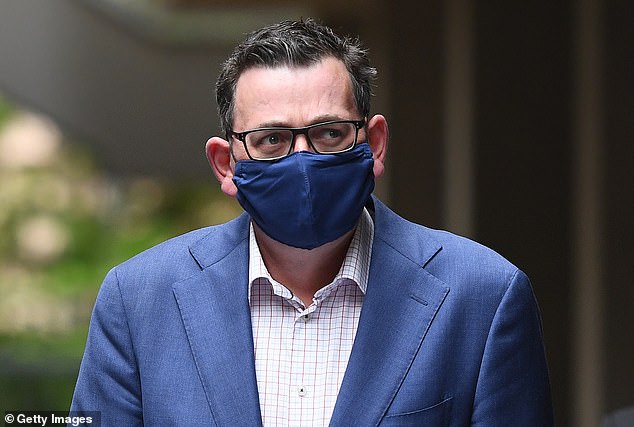 Face masks were made mandatory for people in the Melbourne CBD and Mitchell Shire after Victoria’s total number of cases exceeded 5,000 (Victoria premier Daniel Andrews pictured)

* The AFL is in talks with Tasmania and the Northern Territory to host matches due to Victoria’s strict quarantine but a deal has yet to be struck.

* July 22 – From midnight, residents of metropolitan Melbourne and in the Mitchell Shire must wear a face mask or covering when leaving their homes.

* July 23 – The treasurer will hand down his economic and fiscal update, which will contain the government’s response to a Treasury review of JobKeeper and the enhanced JobSeeker dole payment.

* July 31 – The earliest date Tasmania may open its borders to the mainland after delaying the move, previously planned for July 24.