Two of Pc Andrew Harper’s killers have launched appeals against their manslaughter convictions.

Albert Bowers and Jessie Cole, both 18, have lodged applications with the Court of Appeal seeking permission to challenge their convictions and their 13-year sentences.

Confirmation of their appeal bids came on Wednesday as Pc Harper’s widow launched a petition to show the level of public support for tougher jail terms for people who kill emergency services workers.

Lissie Harper, 29, is trying to secure a meeting with Home Secretary Priti Patel and wants to show the extent of the backing for her campaign.

Supported by the Police Federation of England and Wales, which represents more than 120,000 rank-and-file officers, Harper’s Law would see anyone convicted of killing an emergency services worker given a life sentence. 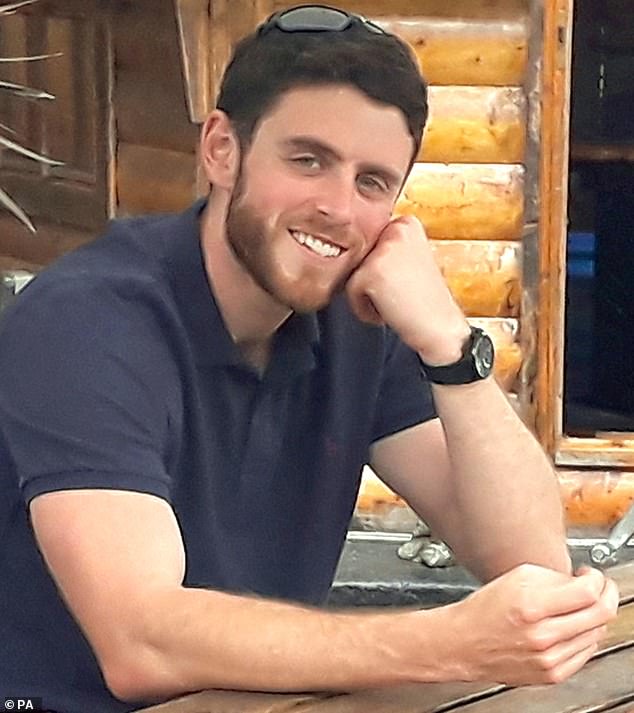 Pc Harper died last summer when he was dragged down country lanes behind a car driven by fleeing quad bike thieves.

Three teenagers were cleared of murder but convicted of manslaughter. Henry Long, 19, was jailed for 16 years and Cole and Bowers were given 13 years.

Mrs Harper said: ‘What Harper’s Law would target is if someone is convicted of killing a police officer, or any frontline worker for that matter, then they would go to prison for life.

‘Ultimately if somebody goes out and makes a decision to do something in a criminal way that has the result of killing someone who is a police officer, a nurse, a doctor, even people in the fire service, that they should expect to receive an appropriate sentence for it.

‘Henry Long could be out in just over 10 years, whereas Andrew doesn’t have his life.’

The Attorney General’s Office (AGO) has been asked to review the killers’ sentences to consider if they were too lenient.

The AGO may refer their cases to the Court of Appeal for judges to consider whether the sentences should be increased. 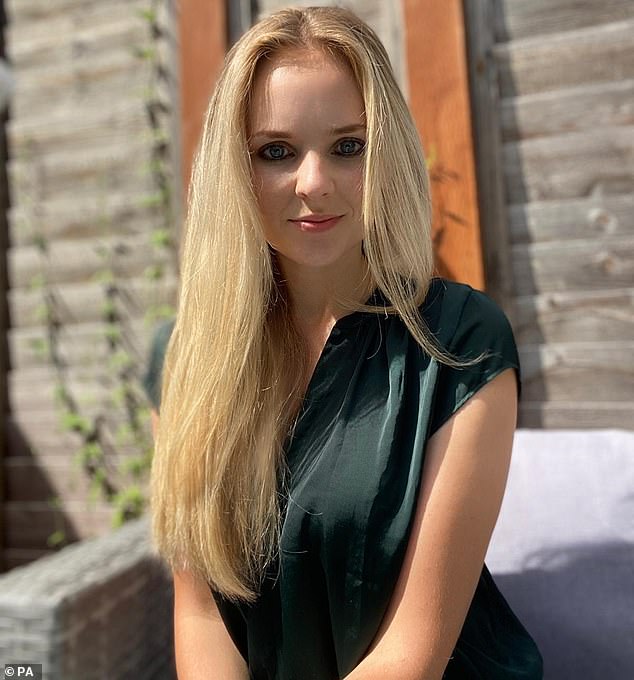 Lissie Harper, 29, is trying to secure a meeting with Home Secretary Priti Patel and wants to show the extent of the backing for her campaign

Mrs Harper went on: ‘We’ve had so much support from everyone, from members of the public. I can’t tell you how many messages I’ve had from people saying, ‘yes, this needs to happen’. I’ve had a lot of messages saying, ‘what can we do, how can we help? We support Harper’s Law’.

‘This is something that we want people to do, we want them to sign and share the petition as much as possible, just to show how much support there is for it and how many people want this.’

Pc Harper, a traffic officer with Thames Valley Police, had only been married for a month when he died on August 15 last year.

His widow said going through the criminal trial made her determined to bring about a change in the law.

She said: ‘You expect that process to be fair and at the end of it get some justice, and that just didn’t happen for us.

‘Sitting in court and witnessing it all and then getting to the verdict has just made me more determined now to do something.

‘I just thought, “well, this isn’t how it should be. Maybe there’s something that I can do to change it”, hence Harper’s Law. 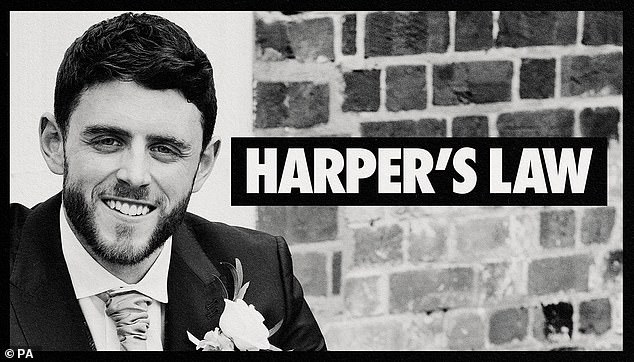 Supported by the Police Federation of England and Wales, which represents more than 120,000 rank-and-file officers, Harper’s Law would see anyone convicted of killing an emergency services worker given a life sentence

‘It was something that I had spoken to the Police Federation about before that, but that was the moment that I thought ‘right, now something needs to change’.

‘At the end of it there would have been almost a guaranteed level of justice, instead of ‘they’re going to go away for a few years and then they’ll be back out’.

‘If someone has taken someone’s life because of criminal activity they deserve to spend a proportionate amount of their lives in prison.’

Ms Harper, a designer, said her late husband would want her to push for the reform.

‘Andrew was so devoted to his job and he loved it, he was very good at it and he had a lot of respect for his colleagues. I know it’s something that he would want me to do, or he would want for it to be done.

‘It’s doing something for him and creating his legacy, I suppose, and turning a situation that is horrific into something that might make a difference in the future.’

No date has been set for the hearing of the appeals by Bowers and Cole.