Two patients with coronavirus are released in New South Wales

Two patients with coronavirus has been released in New South Wales as seven people remain hospitalised around Australia.

The patients, who were treated at Westmead Hospital in Sydney, were deemed to have safely recovered and are no longer infectious.

Health Minister Greg Hunt confirmed they were released in a press conference on Friday afternoon – as he ruled out banning flights from China to Australia.

He said: ‘We still have two in New South Wales that are being treated here at Westmead Hospital. The other two that were being housed here have been released after it was determined that they were medically clear to go home.’

Mr Hunt also said that preparations were under way on Christmas Island to prepare it to house Australian citizens who request to be evacuated from Wuhan.

‘I have spoken with the director of the National Critical Care and Trauma Centre this morning and he has confirmed they have a team of 24 and the first members of those will arrive today,’ he said.

Ministers do not yet know when Australians can be evacuated from China because negotiations are still ongoing with Beijing.

Thousands of people could have been exposed to the coronavirus in Australia by the country’s nine confirmed patients alone – as up to 49,000 people land on flights from China per week and a global health emergency is declared. 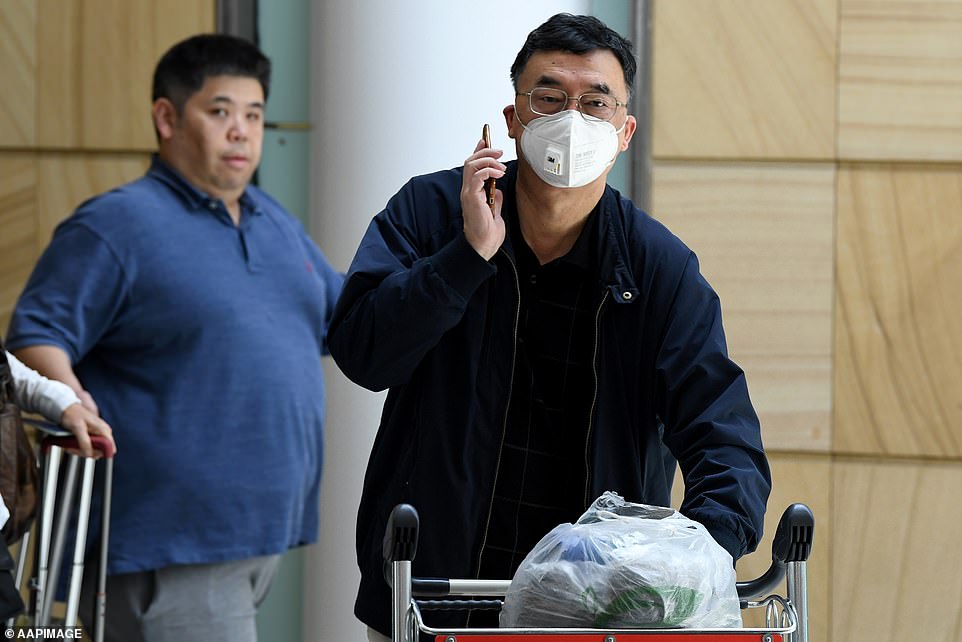 A passenger wearing a protective mask (pictured) is seen at Sydney Airport on Thursday, getting off the last flight to Australia from Wuhan before they were shut down

People they infected will be going about their lives on crowded trains and buses, having business meetings, and sharing meals – potentially passing the virus on.

This is just from the nine confirmed cases – more than a dozen other people are being tested after developing symptoms associated with the virus.

Russia, which has no cases of the virus, is closing its 2,600-mile border with China, joining Mongolia and North Korea in barring crossings to guard against the outbreak.

On Thursday Israel banned all incoming flights from China and 6,000 people in Italy were prevented from leaving a cruise ship while tests were carried out on a passenger from Macau.

Australia and New Zealand are planning a joint evacuation of citizens from Wuhan while Singapore is setting up a quarantine facility on an island to the city’s north-east.

Meanwhile, the United States and South Korea confirmed their first cases of person-to-person spread of the virus.

The man in the US is married to a 60-year-old Chicago woman who got sick from the virus after she returned from a trip to Wuhan, the Chinese city that is the epicentre of the outbreak. 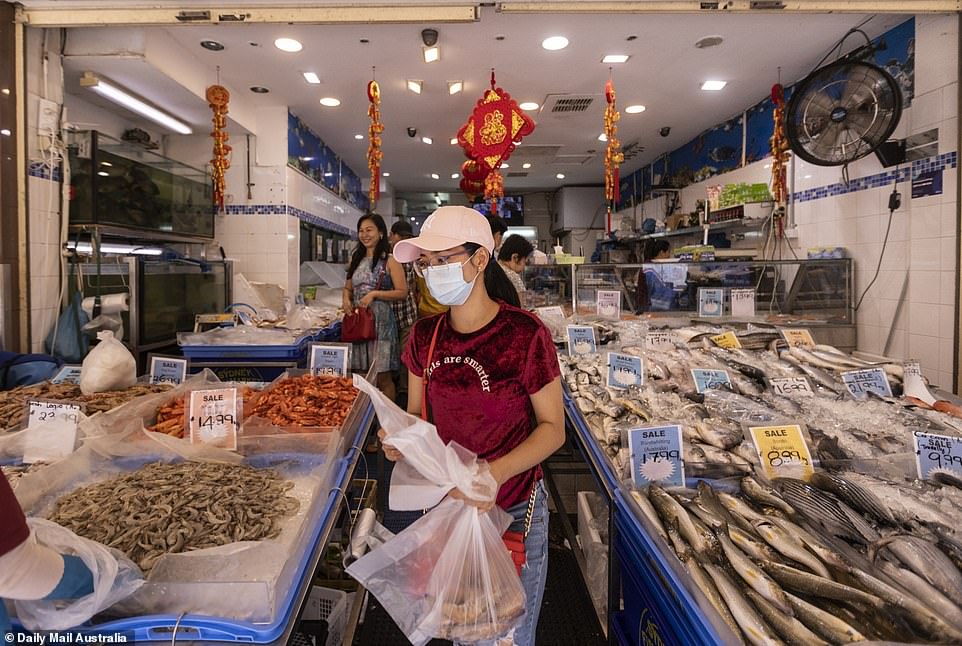 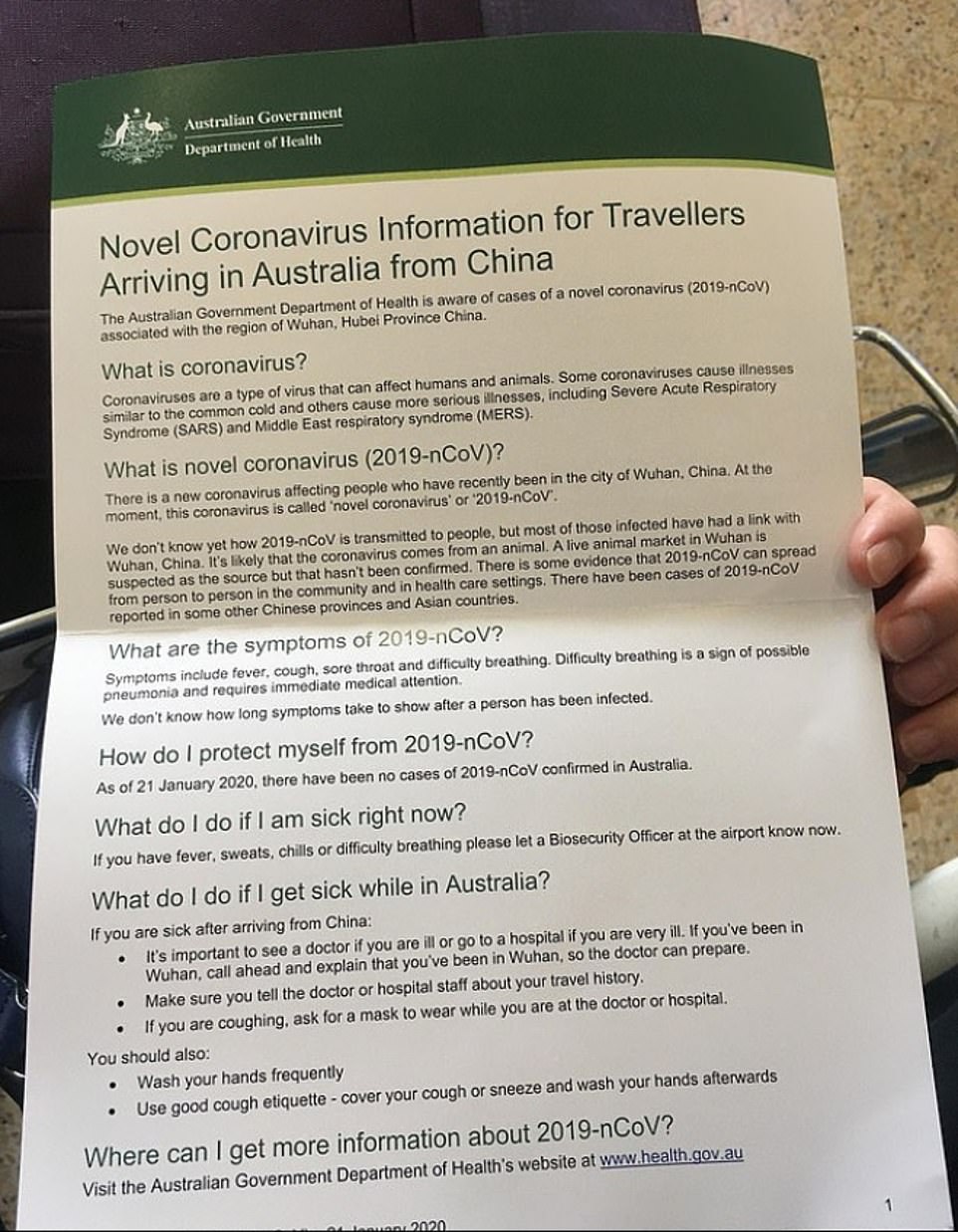 In Australia, the first men were confirmed to be infected with coronavirus on January 25 – three in NSW and another in Victoria.

They all took Tiger Air flight TT566, landing on the Gold Coast about 8pm on Monday on a plane that carries up to 189 passengersQueensland Health chief officer Dr Jeannette Young on Thursday said she was concerned about everyone on the plane.