One person is fighting for their life after a single-decker bus crashed onto a bank after careering off a busy road in Glasgow.

Two people are in serious condition while another five are in hospital after suffering less severe injuries in the smash near the Clyde Tunnel at around 7pm tonight.

Police Scotland confirmed another ten motorists were treated at the scene by emergency crew. 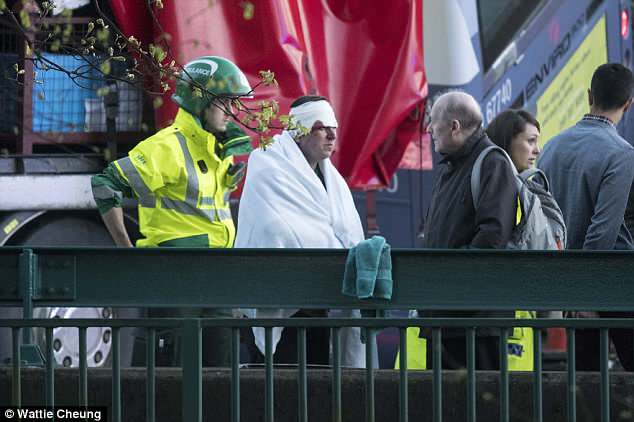 Pictures show a large amount of emergency vehicles surrounding a single-decker bus leaning heavily to one side on the Clydeside Expressway.

Traffic came to a standstill on the A814 heading into Glasgow as emergency services attended the incident involving the single-decker First Bus, according to Glasgow Live.

Initial reports claim two people were seriously injured in the crash, with others thought to be suffering less severe injuries. 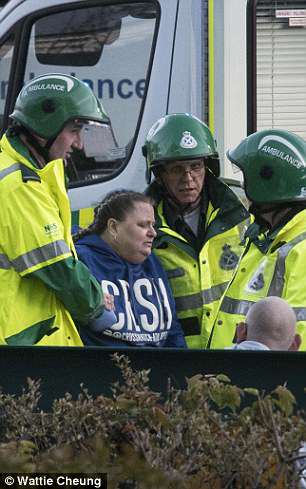 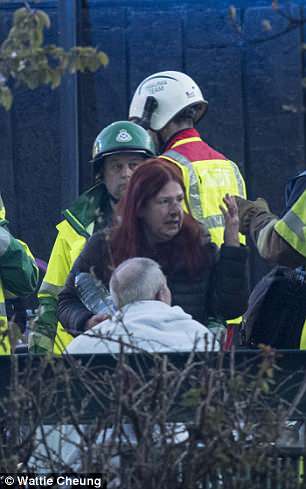 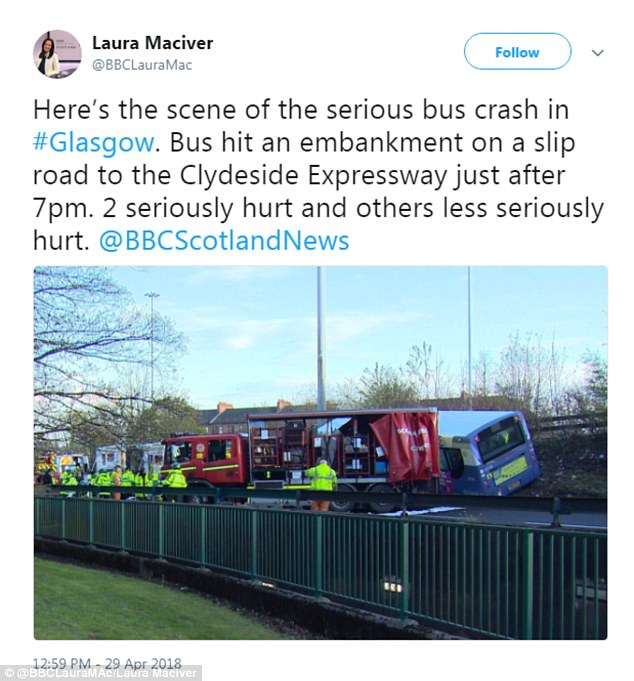 As many as five ambulances and police were at the scene on the slip road near to the Clyde Tunnel.

Police Scotland confirmed that they were at the scene, adding that the road will be closed for some time.

A spokesperson said: ‘We can confirm we are currently dealing with a serious Road Traffic Collision at the ClydeTunnel. 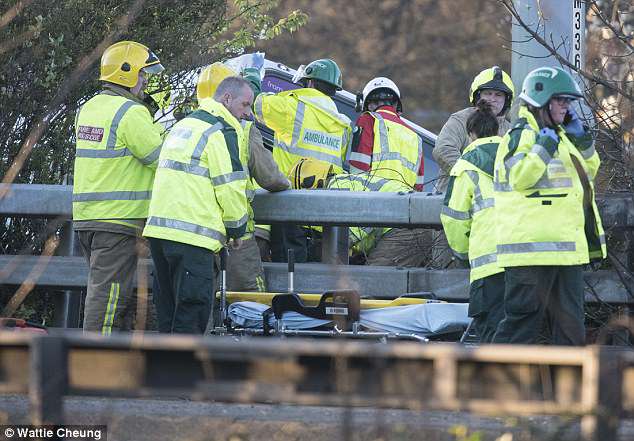 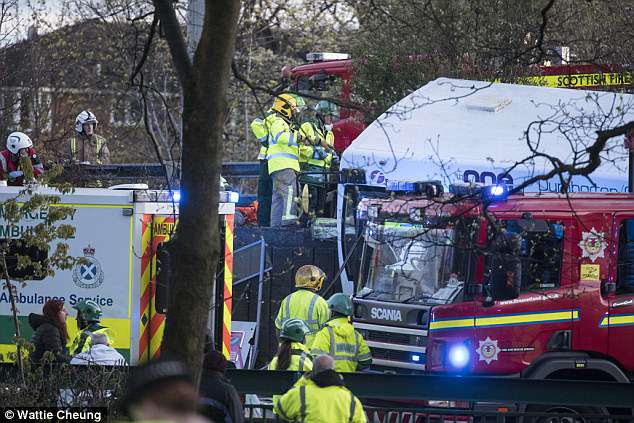 Traffic came to a standstill on the A814 heading into Glasgow

‘There are a number of nearby road closures. Emergency services in attendance and the road will be closed for some time.

BBC journalist Laura Maciver tweeted from the scene saying: ‘A bus has crashed on a slip road to the Clydeside Expressway in Glasgow, leaving two people seriously injured.

‘Others have been less seriously hurt. Police and Ambulance service are at the scene.’