Two people were hospitalized with cuts and two others were arrested after a massive brawl at a hotel near Disneyland on Wednesday that involved as many as 100 teenagers and adults.

Broomsticks, chair legs and bottles were used as makeshift weapons during the fracas at the Cambria Hotel & Suites in Anaheim, which was allegedly sparked by children roughhousing in the pool.

Police were called to the hotel shortly after 12.30pm over a fight in the lobby, Sgt. Shane Carringer told the Orange County Register. 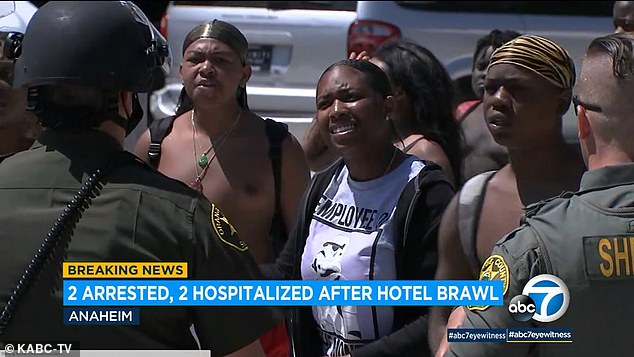 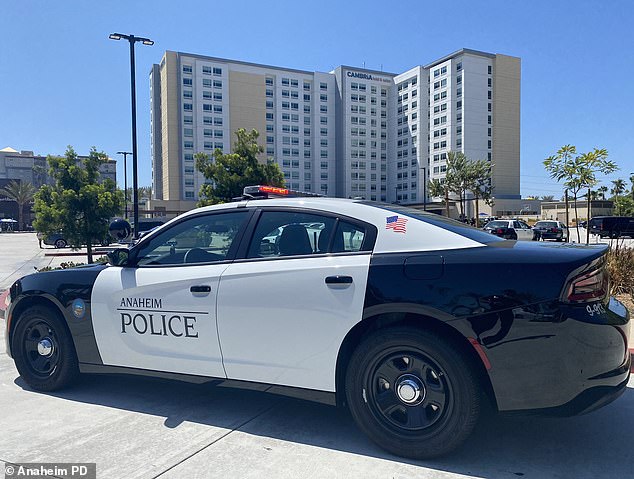 The officers ‘were met with about 40 people fighting outside’ and another 50 to 60 people battling inside, Carringer said, describing the scene as ‘pandemonium.’

‘It was men and women, adults and juveniles,’ Carringer said.

Dozens of officers, including deputies from the Orange County Sheriff’s Department who were called in as backup, cleared the scene.

NBC News reported that two people, a man and a juvenile, were taken into custody and charged with fighting in public and obstructing a peace officer.

Two other people, one of them a minor, were taken to the hospital with non-life-threatening lacerations, described as possible stab wounds, and police went door-to-door in the hotel to check for others who might have been injured, reported KABC.

Raymond Brown, 11, told the station KTLA that the fight began when he playfully pushed his young cousin into the hotel pool and the boy landed on some girls, sparking threats of a fight from others that quickly drew in adults. 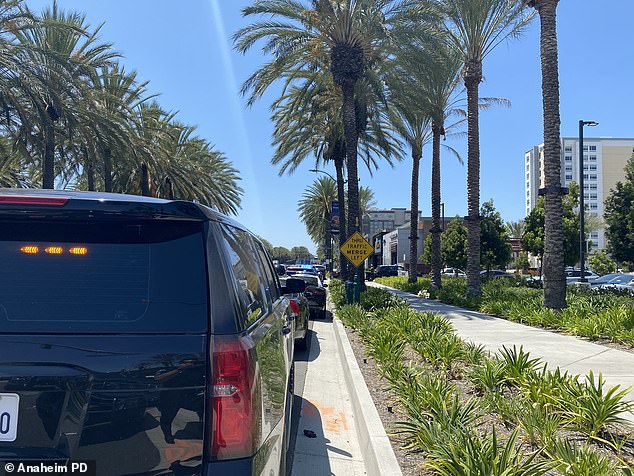 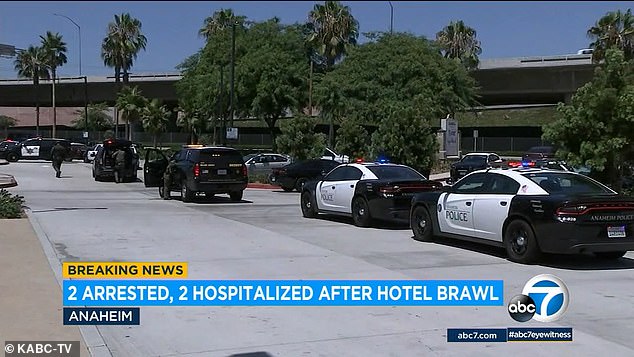 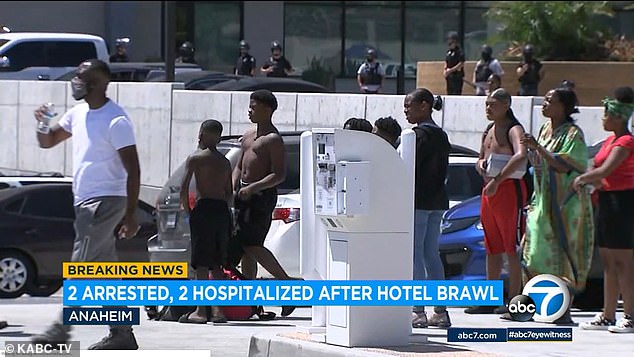 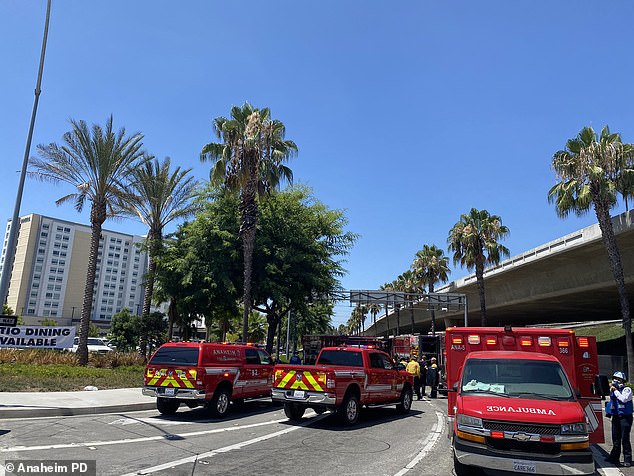 ‘They wanted to try to fight us but we didn’t really do nothing. It was just an accident,’ Brown said. ‘And then that’s when they tried to fight us and they all went to the basketball court, and then we got in the hotel and they just started throwing bottles and stuff at us.’

The hotel, which opened its doors last December, is located near Disneyland and Disney’s California Adventure. Both theme parks remain closed because of the coronavirus pandemic.

Cambria is billed as a luxury hotel featuring a 30,000-square-foot water park, a movie screen and a putting green. Just hours after the melee, the hotel resumed full operations.

Police Sgt Carringer said the hotel has been the site of multiple 911 calls in past weeks, including two near drownings.

‘The hotel is unfortunately not practicing the social distancing guidelines that have been prescribed by the county so we are going to start working with all of our city and county resources to make sure we can get compliance from the hotel,’ he said.