A real estate agent and his wife have died in a suspicious house fire in Queensland.

Joseph Stephen, 73 and Christine Stephen, 68,  were found by emergency service crews after they were called to a Hannant Street address in Collingwood Park east of Ipswich about 1am on Sunday.

They arrived to find the house well alight and, after the fire was brought under control, the charred bodies of the Mr and Ms Stephens were found at the door of the downstairs front bedroom.

The couple were known as good neighbours and had two adult children who arrived at the scene early on Sunday morning.

Neighbours told The Courier Mail the couple would leave their cars out the front of the house but had instead parked them in the garage on Saturday night.

One neighbour added they were woken in the night by lights and sirens and could hear a young woman crying.

Queensland Ambulance Service confirmed no-one else was injured in the blaze.

The fire is being treated as suspicious and a crime scene has been established as police investigate the circumstances.

Though there is no history of domestic violence, police said the pair’s relationship would be a focus of the investigation.

Police Detective Acting Inspector Heath McQueen said detectives are not looking for a third party but are canvassing the area for information and CCTV footage.

Inspector McQueen said several days of forensic investigation would be needed to determine the cause of fire and deaths. 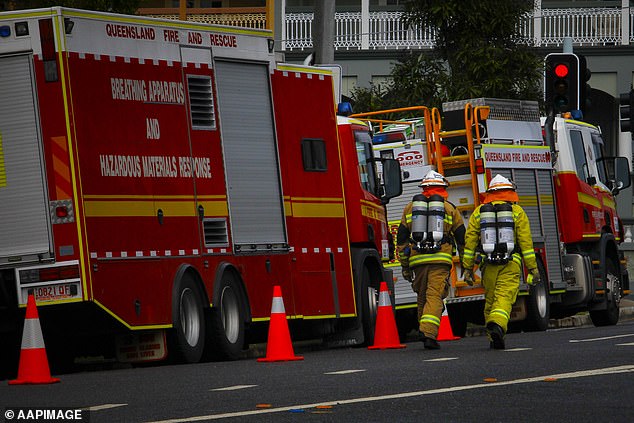