Two people were left seriously injured with another nine treated by paramedics after a hot air balloon crash in New Zealand.

The incident unfolded in Arrowtown in Otago, just before 10am on Friday morning.

‘The balloon basket came to rest alongside a fence and trees near a property driveway.

‘In the immediate aftermath of the incident, some balloon fabric became draped over a subsidiary power line to the house,’ a statement from Sunrise Balloons read. 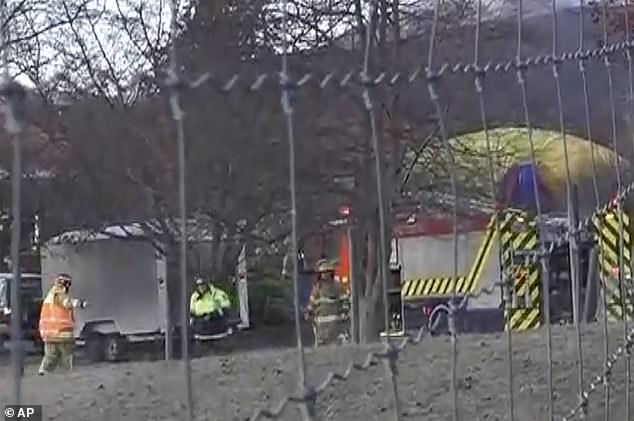 The balloon crashed as it was about to land on Friday in New Zealand, injuring all 11 people on board, including two passengers who suffered serious injuries 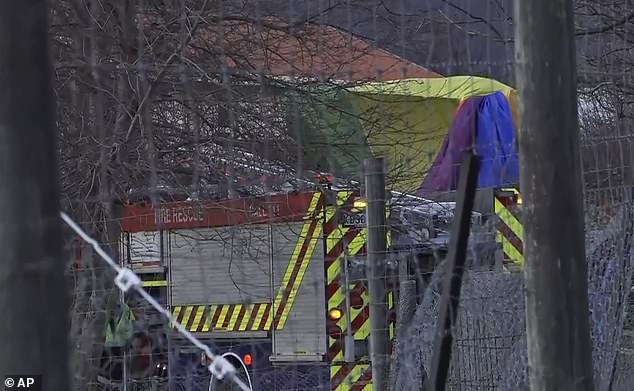 It is believed all 11 passengers were New Zealand residents.

‘We are fully supporting our staff and guests at this difficult time, and we wish all involved a full and speedy recovery,’ he told stuff.co.nz.

‘An internal investigation is under way, and we are working closely with all relevant authorities.’

Queenstown Lakes mayor Jim Boult said it was the first crash in the area that he was aware of.

‘It’s enormously sad that this has happened,’ he said. ‘On behalf of the rest of the district, I wish them a speedy recovery.’

Operating flights at dawn seven days a week, Sunrise Balloons offers passengers a three to four-hour experience in the air.

The flights take in scenic views of Coronet Peak and The Remarkables ski areas, as well as Mount Aspiring in the Southern Alps and Mount Tutoko in Fiordland National Park.

Sunrise Balloons have operated in the region for 23 years without incident, according to a company representative.