Two people were shot dead and four others were injured, including a 13 year old, after a feud broke out over gambling.

Marcus Conway, 18, and Marquese Taylor, 22, were identified by the Shelby County Sheriff’s Office as the victims shot dead in Sunridge Drive, Raleigh, in northern Memphis, Tennesse.

Officers believe gunfire erupted after an argument broke out while the victims were gambling in a house.

Two people were shot dead and four others were injured in Raleigh, Memphis, after a gambling feud broke out

The scene of the shooting was identified at around 7pm on Monday November 10, after officers received reports of five gunshot victims turning wounded up to hospital, ABC News reported.

Officers arrived at the scene and found one person dead, while another died later at hospital.

The Deputy Sherrif’s Office tweeted: ‘It’s believed that this incident occurred as a result of a feud while gambling.

‘Investigators believe that this was an isolated incident and that the victims knew the suspects.’

All six victims were under the age of 21. A 13-year-old was taken to LeBonheur Children’s Hospital with serious injuries, according to the Deputy Sheriff.

According to emergency dispatch audio both men and women were involved in the shooting, ABC News reported.

Deputy Sheriff Lt. Anthony Buckner said in a statement: ‘We have a total of six victims. 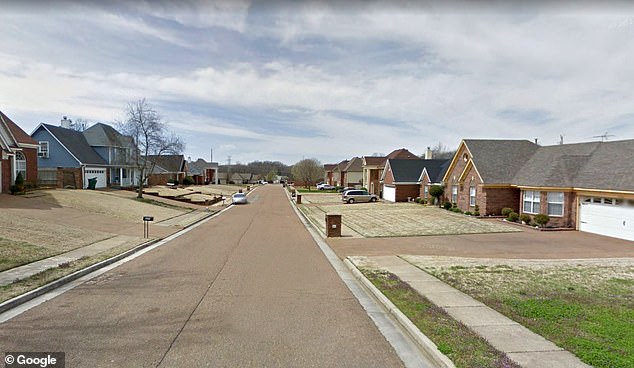 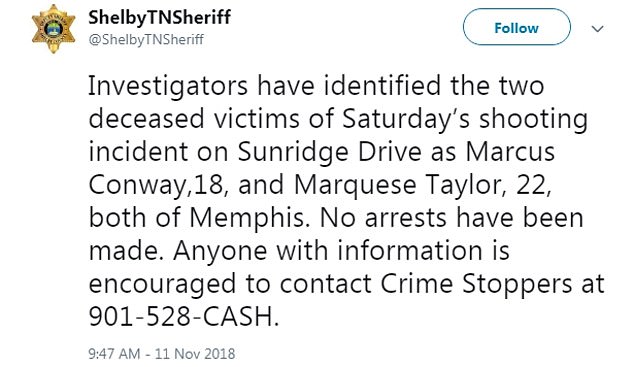 Marcus Conway, 18, and Marquese Taylor, 22, were identified by the Shelby County Sheriff’s Office as the victims shot dead

‘Investigators have interviewed several people on the scene and at the hospitals.’

One person has been released from the hospital and three others are in non-critical condition.

It is not clear if the shooter was among those injured. No arrests have yet been made and investigations are ongoing.