Two rapists go on the run are forcing prison door

A double manhunt has been launched after two rapists forced a door at a prison and went on the run.

John-Paul Knowlson and Stuart O’Neill broke out of HMP Leyhill in Gloucestershire in the early hours of this morning and have not been seen since.

Police are urging the public not to approach either man, but to call 999 if they see them. 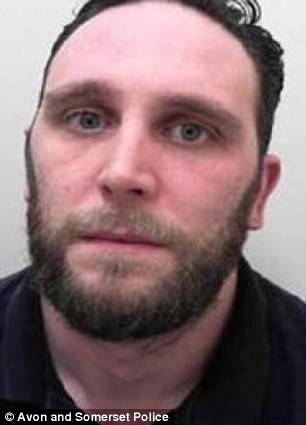 Knowlson, 30, from Bristol was convicted of rape in 2011 at the city’s crown court.

He is described as white, 5ft 5ins and speaks with a West Country accent.

He has a cross tattoo on his right arm and was last seen he was wearing a red tracksuit top.

O’Neill, 29, is from the Lancashire area and has links to Manchester.

He was convicted of rape, burglary and theft in 2009 and was transferred to HMP Leyhill in October last year.

Both men were serving indeterminate sentences, meaning they would only have been released if a parole board believed they are no longer dangerous.

He has a beard, speaks with a Mancunian accent and has a tattoo with the name O’Neill on the base of his neck.

A spokesman for Avon and Somerset Police said: ‘If anyone sees O’Neill or Knowlson or knows of their whereabouts, we’d ask you not to approach them but to call us immediately on 999, providing the call handler with the reference 5218193274.’