Two Russian armoured vehicles are completely destroyed after plunging 5,000ft into the ground when their parachutes failed to open during military drill

This is the dramatic moment a Russian armoured vehicle crashed to the ground when parachutes failed to open during a huge military drill.

The BMD-2 fighting vehicle – weighing seven tonnes – was utterly destroyed after plummeting from 5,000ft straight into the ground.

A second vehicle was also destroyed when its parachute failed to open, though this was not captured on camera.

Two BMD-2 armoured vehicles were completely destroyed after falling 5,000ft into the ground after their parachutes failed to open during a military drill 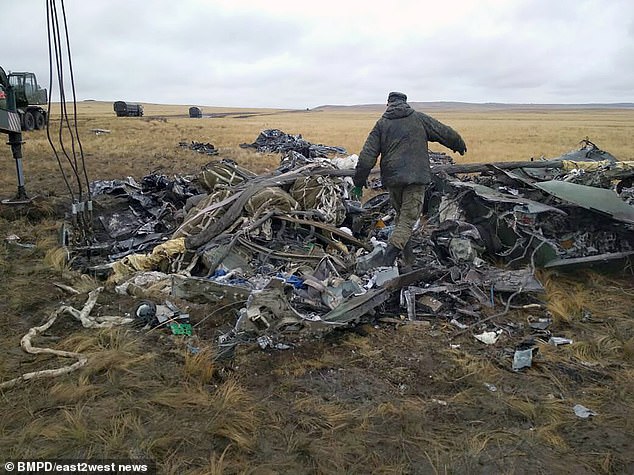 The vehicles were launched out the back of an IL-76MD transport plane and were supposed to float to the ground on giant 3,767sq ft parachutes – but they failed to open 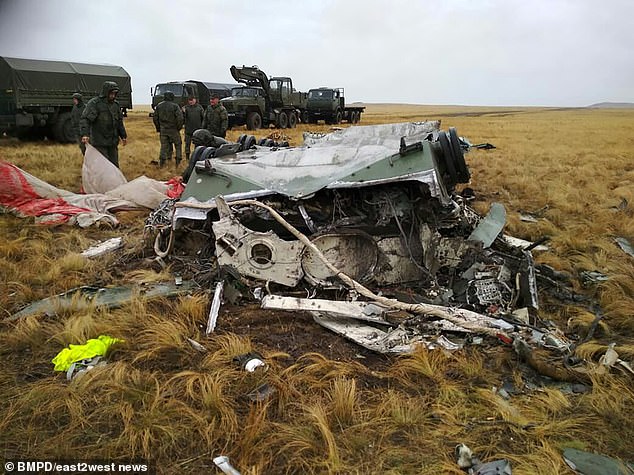 Defence Ministry officials insisted no military personnel were inside the vehicles when they fell, and nobody on the ground was hurt.

It happened on the same day that Vladimir Putin was overseeing the exercises, though it is unclear whether he personally saw the accident.

Video shows the BMD-2 – a Soviet-era airborne infantry fighting vehicle – being launched out the back of a IL-76MD plane.

As other military hardware floats to the ground with parachutes opening normally, the faulty vehicle plunges down unhindered.

Pictures taken on the ground show the mangled wreckage of the two vehicles. 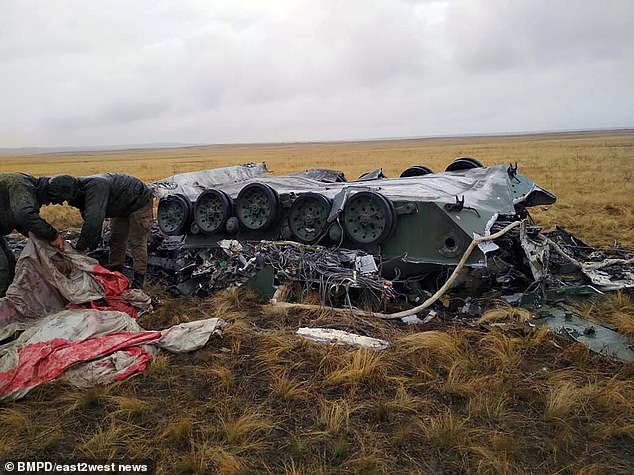 Tsentr-2019 is a massive military drill involving eight countries including China and India taking place in the Orenburg region (pictured, one of the wrecked vehicles) 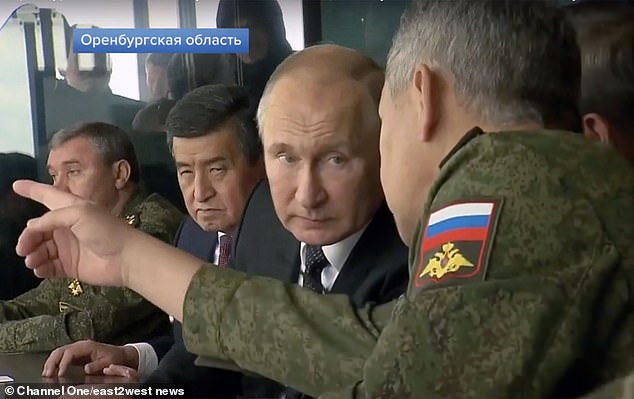 The crash happened during the Tsentr-2019 military drill which also involves Russia and China and is being overseen by Vladimir Putin, though it is unclear if he personally saw the crash 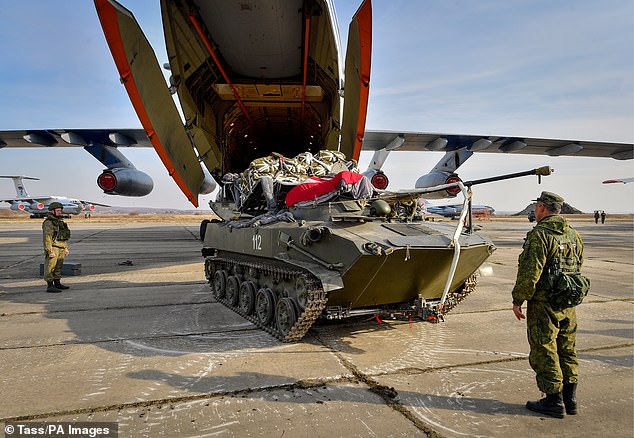 It is not clear why the parachutes failed to open, though an investigation into the two crashes has been launched (pictured, a BMD-2 being loaded into a transport plane) 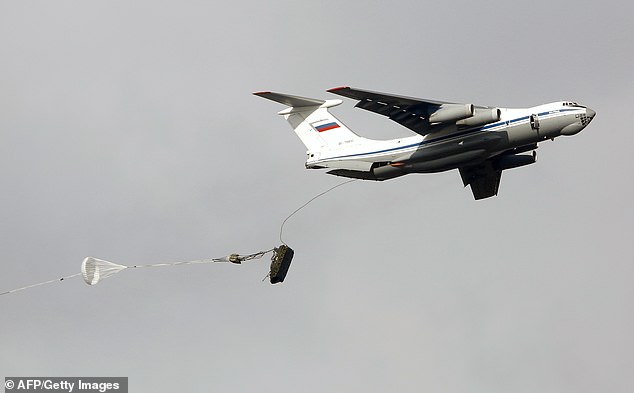 An image taken in 2016 showing how a BMD-2 should be launched from an aircraft, with its parachute already starting to open

‘Due to malfunctioning parachute systems two vehicles got damaged as they hit the ground,’ said a Defence Ministry spokesman.

‘The landing was unmanned. There were no casualties.’

It is unclear why the parachutes, which measure 3,767 square feet, did not open but an investigation has been launched.

One source claimed there was a violation of safety rules with the air drop undertaken with winds too strong.

Russian state Channel One said that president Putin ‘praised the training after observing it alongside Minister of Defence and President of Kyrgyzstan’.

Five soldiers were wounded in another incident during the exercises.