Two Russian fighter-bomber jets have collided mid-air over the Sea of Japan during a training exercise.

The Sukhoi Su-34s accidentally crashed into each other while flying over the Strait of Tartary in Russia’s Far East.

The fate of the crews of the two-seater planes are still unknown, but the pilots are reported to have ejected on impact.

Crash: The Sukhoi Su-34s collided mid-air while flying over the Strait of Tartary in the Sea of Japan in  Russia’s Far East during a training mission (file photo)

The Russian Air Force have launched a rescue operation to find the crews, who are likely to have landed in the freezing water.

This is not the first time Russia’s Su-34 jets have been involved in an accident.

In June, 2015, an Su-34 bomber crashed after a routine training flight in Russia’s Voronezh region. 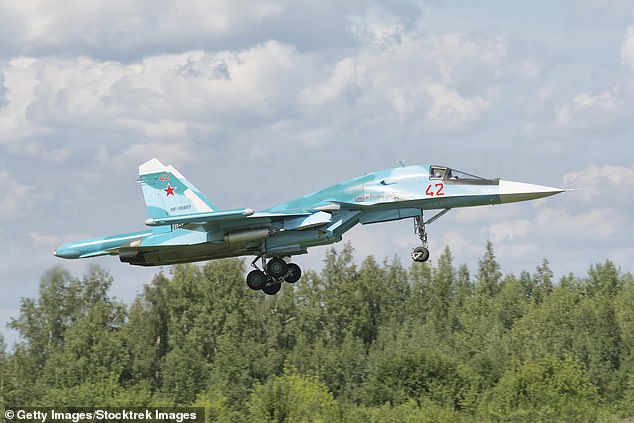 Search and rescue: The pilots of the two-seater fighter-bomber jets are reported to have ejected on impact but their fate is still unknown

The plane’s parachute failed to open after landing and the plane skidded off the runway. The plane overturned, but none of the crew was hurt.

The fighter jets were also part of the Russian military intervention in the Syrian Civil War.