Deciding on a college isn’t easy for high school seniors, but imagine that times four. That was the case for the Ciacciarellas quadruplets from Naugatuck, Connecticut.

The Ciacciarellas were the first quadruplets born at Yale-New Haven Hospital 18 years ago. Next week, they become the first set to attend classes at Quinnipiac.

‘They originally had no intention to go to school together or stay in Connecticut,’ said their mother Anne Cicciarella. ‘But as they were finalizing their decision, they went to an accepted students’ day there, and that changed everything. Two years of tours and visiting changed in the last 19 days of the process.’

(From left to right) Anne and Mike Ciacciarella, and their children Sofia, Anna, Michael and Vincent Ciacciarella, of Naugatuck, Connecticut, celebrate the quadruplets’ high school graduation in June 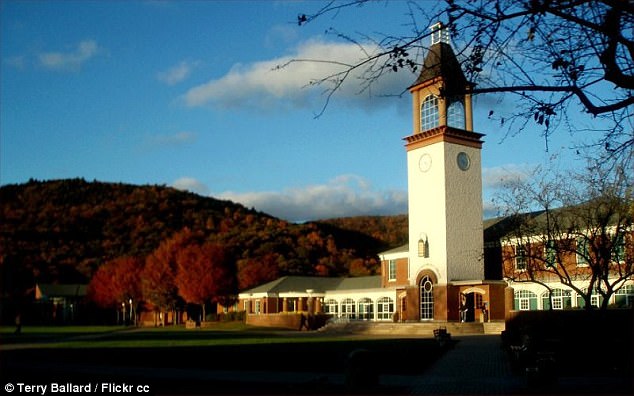 The Ciacciarellas will become the first set of quadruplets to attend classes at Quinnipiac University in Hamden, Connecticut (pictured)

While the four siblings will be attending the same college, they’ll be following separate paths.

Michael is majoring in civil engineering. Vincent wants to be a news anchor. Sofia is on a pre-veterinary track. And Anna wants to work for a non-profit.

About 10 miles down Interstate 91, quadruplets Aaron, Nick, Zach and Nigel Wade are preparing to begin their freshman year at Yale. Parents Darrin and Kim Wade drove a stuffed SUV from their home in Liberty Township, Ohio, last week to help move their sons, who had flown to Connecticut the week before.

According to the US Centers for Disease Control and Prevention, 512 sets of quadruplets were born in the country in 1999.

Jeremy Simon, a spokesman for the Western Interstate Commission on Higher Education, which tracks college demographics, could not say how many quadruplets attended the same school each year.

Yale had another set in 2010. And quadruplets have been admitted in recent years to Duquesne, Randolph-Macon, Virginia Tech, Iona and Baylor.

‘But the odds of having two sets at schools about nine miles apart, I can tell you that’s about as rare as a (total) solar eclipse,’ Simon said. 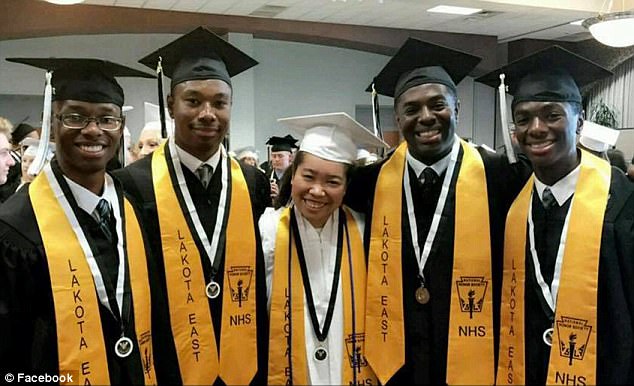 The Wade quadruplets, Aaron, Nick, Zach and Nigel (pictured), will be attending college at Yale in New Haven, Connecticut, about nine miles away from the Ciacciarellas 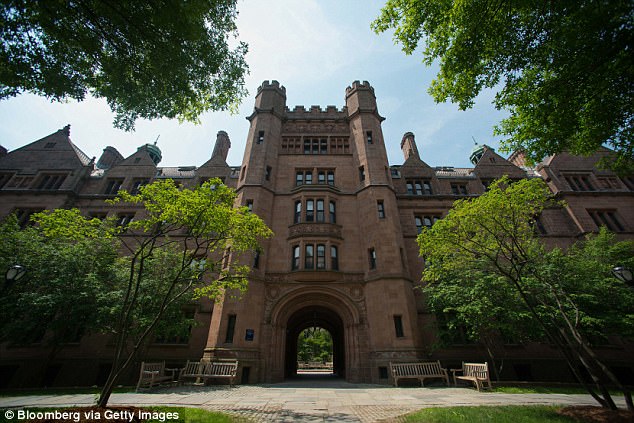 The Ciacciarella quadruplets and Wade brothers applied to more than 50 schools per set, their parents said.

Sophia was the first Ciacciarella to decide in April that Quinnipiac was where she wanted to go, and her siblings followed suit. Each received a partial academic scholarship, and the school also is giving them their standard $2,000 per student sibling discount.

‘There was a little sibling pressure, but I don’t think a lot,’ said Vincent. ‘Once I stepped on campus and saw what they had to offer, I realized it was a good fit for me, too.’

Darrin Wade said his sons, who were all accepted to Harvard and other top schools, had the choice of going their separate ways. But he said a generous financial aid package and logistics made Yale a good fit for all of them.

‘There was a five-hour radius from our house that we told them we would be responsible for things like getting them down there and back,’ he said. ‘But five hours and one minute and they were on their own if they were going to split up.’ 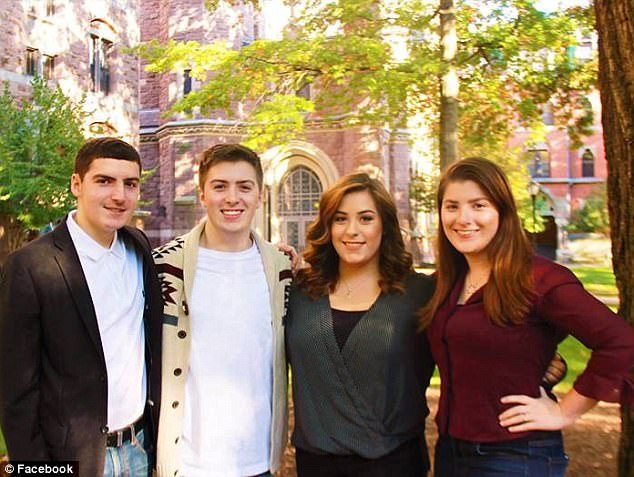 The Ciacciarella quadruplets (pictured) and Wade brothers applied to more than 50 schools per set, their parents said

Both families said their children are independent and they don’t expect their quadruplets to spend a lot of time hanging out with their siblings. All of them insisted on living in separate dorms or residential colleges and each is pursuing a different career path.

‘I know that I’ll be meeting hundreds of new people, but I also know Anna will be, like, a five-minute walk from me if I ever need to go to her for anything, so that’s really cool,’ Sophia Ciacciarella said.

The Wades said they’ve told their sons to check in on each other at least once a week.

‘But they are there to do their own thing,’ Darrin Wade said. ‘They just happen to have the same last name and the same mom and dad.’

The parents say they expect to experience a period of adjustment as they head back to an empty nest. Kim Wade said she and her husband recently went on their first canoe trip without the boys and are looking forward to a schedule no longer filled with sporting events and music recitals.

‘Am I going to cry? Definitely,’ she said. ‘But not because I want them back home, just because it’s an emotional time.’