Two starving and frail lions have been seen at a Chinese zoo lying helplessly in their enclosures.

The emaciated male and female animals at the Liaoyang Zoo in China’s north-eastern province of Liaoning are thought to have been bought from a circus supplier.

Members of the public became concerned about the badly malnourished and bony big cats’ potential mistreatment at the hands of the animals’ keepers.

Pictures taken from the enclosure show the apparently skin-and-bone lions lying on the grass of their outdoor enclosure, while other images show the emaciated male looking extremely thin with its rib-cage clearly visible. 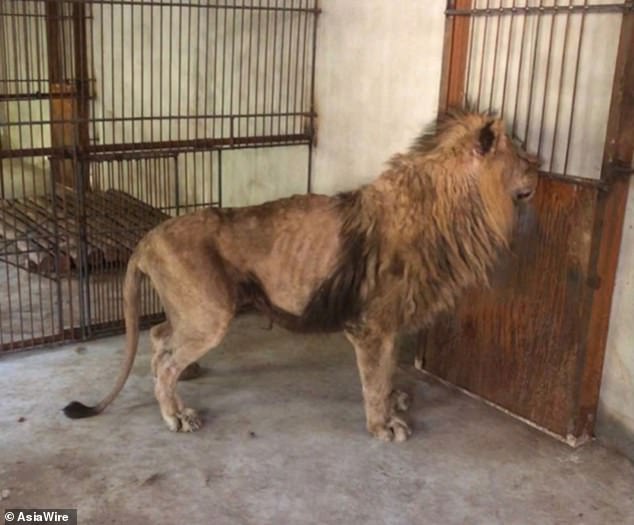 One of the animals was so skinny, its shoulder blade was poking through the top of its body as it lay on the floor.

The concerning images were posted online and have been seen more than 25 million times.

A zoo spokesman denied that they had been mistreating the big cats, added that the pair had recently been purchased from a company which supplies circus and entertainment animals.

The Sanya Guqianqing Tourism and Performance Company, based in China’s southernmost province of Hainan, shipped the lions on September 7 after the sale was approved.

The cats arrived after a long journey on September 11, the Liaoyang Zoo spokesman said. 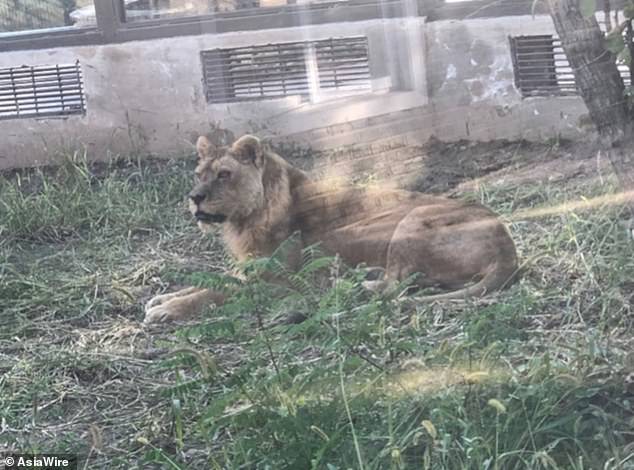 A skinny female lion was seen in their enclosure at the Liaoyang Zoo. A zoo spokesman denied they had been mistreating the big cats and insisted they were being nursed back to health

The elderly animals, which are both around 15 or 16 years old, had been kept in indoor enclosures for the past six months, and were found by zoo vets to be badly malnourished.

The zoo said it was in the process of nursing them back to full health.

Responding to public concern, Liaoyang’s branch of the State Forestry and Grassland Administration said on 17th September that it had sent officials to inspect the lions.

Its vets found the animals to be moving and eating ‘normally’ despite their bony frames.

The lions were not diseased, and the office found no evidence of mistreatment or abuse.