Two teachers exposed as vote-riggers for Putin in Russian elections

Two highly-respected teachers have been unmasked as ballot riggers for Vladimir Putin in shocking CCTV footage.

Maths teacher Svetlana Kolobaeva, who acted chairman of a local election commission in Moscow, has been named as the woman caught filling a ballot box with fraudulent votes during Sunday’s election.

Viktoria Bobrovskaya, a physical education teacher and activist in the pro-Putin United Russia party, was also outed for helping to rig the ballot. 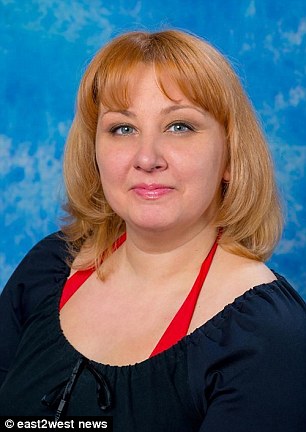 Svetlana Kolobaeva (left), a maths teacher and election commission chairman from Moscow, and Viktoria Bobrovskaya (right), a PE teacher and pro-Putin activist, have been exposed for stuffing a ballot box in the Russian capital 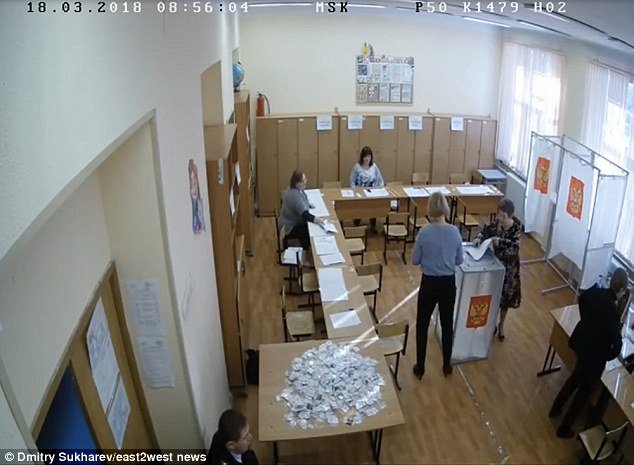 All votes from the polling station were later discounted after the abuse came to light, one of 13 across the country where ballots were discounted.

However, foreign election observers said the two women were simply the ‘tip of the iceberg’ and scapegoating them will do nothing to stop widespread election abuse.

There is  concern that volunteer election staff all over Russia came under pressure to get the ‘right result’ for Putin in their districts.

CCTV captured officials dropping filled-out voting forms into ballot boxes or, in one case, placing balloons in front of a camera just as counting began.

Both women – so far the only ones to be exposed as riggers – could now go to jail for up to four years.

Putin won a landslide with almost 77 per cent of the vote – his highest ever. 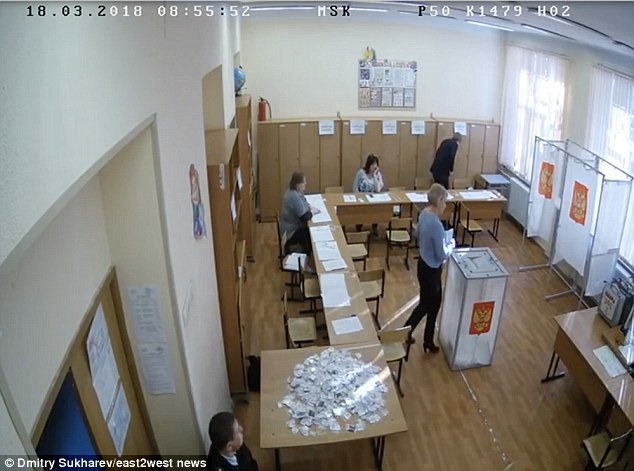 All votes from the polling station were later discounted and the teachers banned from future election activities. It is not clear if they will face legal action 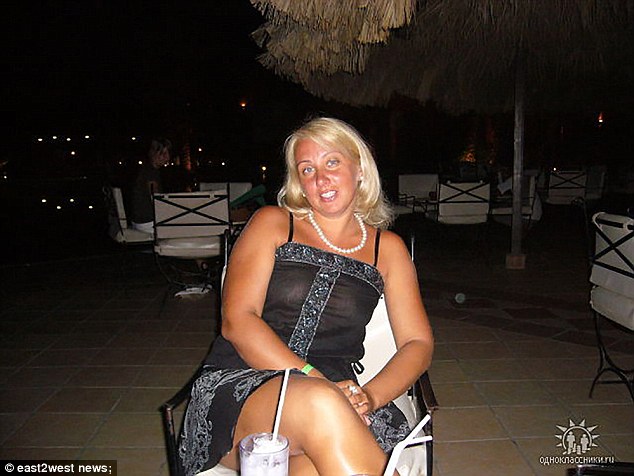 Bobrovskaya reportedly trembled as she was confronted with the footage, saying there must have been some kind of mistake 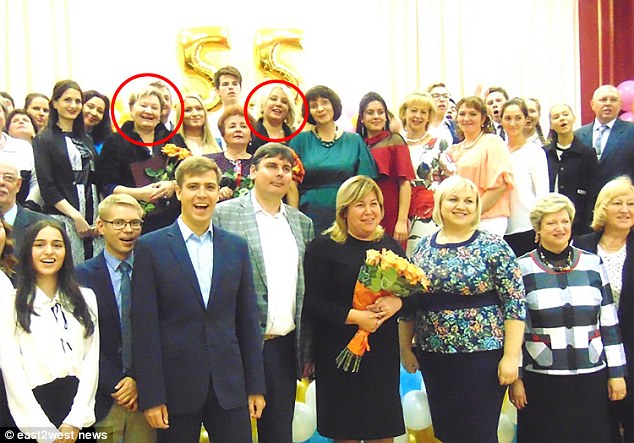 The teachers were slammed in Russian media after their cheating was exposed, but election observers say they are being used as scapegoats

But the country’s most experienced presidential candidate, ultranationalist Vladimir Zhirinovsky, 71, a veteran of six elections, insisted the strongman’s real level of support in a free election would have been no more than 40 per cent.

Ms Kolobaeva claimed the CCTV footage was ‘a joke, a video-collage, computer fake’ when confronted with it.

Ms Bobrovskaya trembled when shown the evidence, saying it ‘is some kind of misconception. I don’t know how it happened.’

Another teacher on duty as a volunteer at the polling station, Vasily Pavlikov, is plainly embarrassed as he sees the stuffing.

In the video, he gets up, wanders around and looks away, at one point nervously – and momentarily – glancing at the CCTV camera recording the election fraud.

Newspaper Moskovsky Komsomolets said the women had ‘woken up famous’ after ‘cynically and without any shame’ seeking to rig the election. 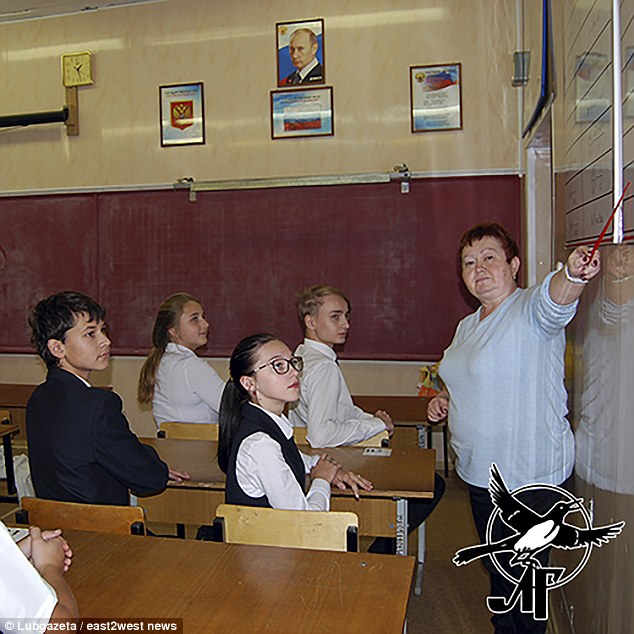 Kolobaeva claimed the CCTV footage was ‘a joke, a video-collage, computer fake’ when confronted by a Russian newspaper 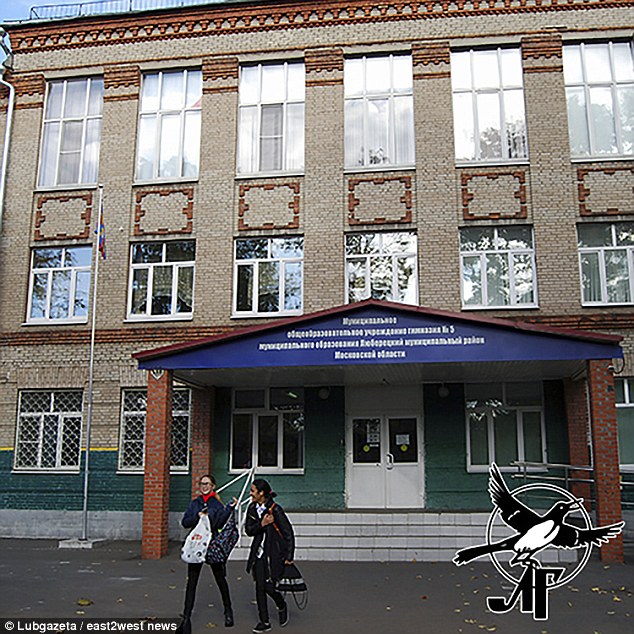 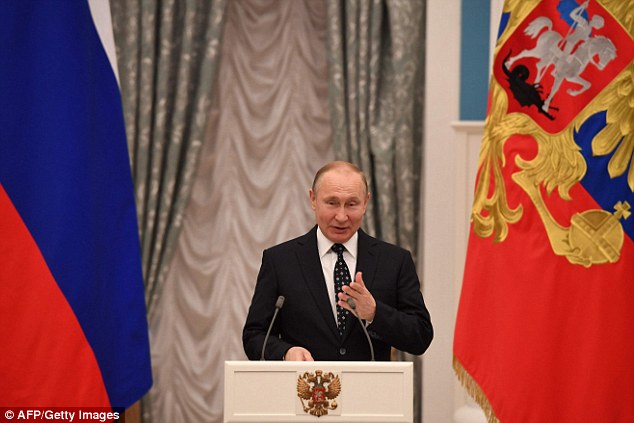 Putin won Sunday’s election with 77 per cent of the vote, his highest ever, amid evidence of widespread vote rigging and electoral fraud

A friend of Kolobaeva claimed the pair, known as dedicated teachers, had been ‘trapped’ and were ‘victims’, suggesting they felt under pressure from higher up to ensure extra votes for Putin.

‘They are very respected teachers. This is a catastrophe for them,’ said a colleague.

Both women are teachers at school number five in the Moscow suburb of Lyubertsy.

They have been banned from participating in future election activity but will be allowed to keep their jobs. It is unclear if they will face criminal charges.

The rigging occurred early on polling day – around 9am.

Putin’s spokesman Dmitry Peskov said there was no evidence of widespread fraud.

If complaints about violations from every polling station were made to law enforcement ‘then we do fret.’