Two teens missing after falling into an overflowing creek in Georgia

Two teens are missing after one fell into an overflowing creek in Georgia, with his friend diving in to try and rescue him on Friday afternoon.

Bryant Wade had fallen into the waters that overflowed the dam at Barber Creek in Oconee county Friday afternoon, and his friend Cameron Smith had jumped in to try and rescue him around 4pm.

The 18-year-olds’ families are emotionally exhausted after holding out hope that they would have been be found by now. 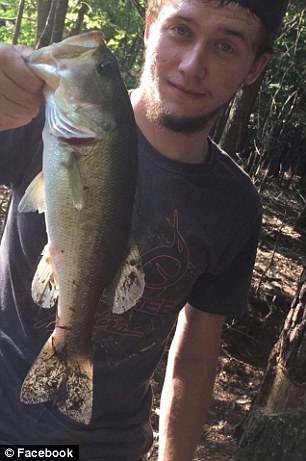 Bryant Wade (left) fell into the creek where the dam had overflowed on Friday. His friend Cameron Smith (right) jumped in to try to rescue him. The teens have been missing since 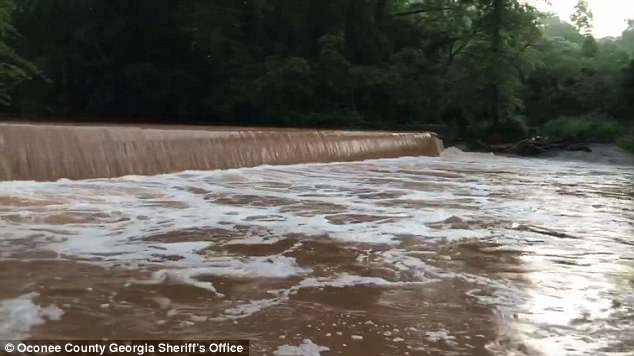 Bryant was walking along the top of the dam where the water was rushing just an inch below it when he fell in, according to the sheriff’s office

Oconee County Sheriff ‘s Office said the Clarke County and Madison County Fire say that the swift water teams probed the hydraulic at the dam Saturday with the searches coming up empty.

Meanwhile several other search efforts underway included crews wading through waist deep water, walking down the creek while others searched by boat.

Police were still holding out hope for a miracle on Saturday.

‘We hope for a miracle but we understand the reality,’ the Oconee County Sheriff ‘s Office posted on its Facebook page, while noting the water levels had dropped but the creek was still overflowing with recent rainfall.

Wayne spoke to Fox 5 Atlanta about his grandson Bryant, calling him ‘a good strong going guy and this is a testimony of how strong the river is people this is real this is really real…and these kids need to pay attention to this.’

Wade was set to graduate high school this summer and fell in while walking on top of the dam that was just an inch above the fast moving waters.

Unfortunately, despite the hazardous, fenced in area, Barber Creek is a popular area for young people to hang out.

‘Barber Creek is the site of a short battle where the Athens Home Guard fought back Stoneman’s Raiders during the Civil War,’ the Oconee County Sheriff’s Office posted on Facebook. ‘The dam and the surrounding beach area attract young people during the summertime in spite of the fact it is fenced and patrolled by security guards.’