Two-thirds of bank branches have closed their doors in the last 30 years – leaving millions of customers without a service.

The relentless closures mean that a fifth of households are now more than three kilometres (1.8miles) from their nearest branch, according to consumer group Which?.

‘My NatWest took loyalty for granted’

The former French teacher, who lives in Purley, Surrey, did her banking at a branch in Coulsdon, which closed in June last year.

She said the closure had a major impact on her banking, adding: ‘It’s nonsense to claim that people don’t need branches any more.

‘I don’t do online banking as I don’t feel very happy with the security side of things.’

The branch said it was closing due to ‘a reduction in customer footfall’, but the 74-year-old said there was always a queue. She added: ‘Customers feel their loyalty has been taken for granted.’

Closures hit rural communities especially hard, with those on low incomes and the elderly most likely to suffer.

Tory MP Simon Clarke, a member of the Treasury committee, which is investigating the diminishing accessibility of financial services, said: ‘Banks are depriving people of essential services.

‘With no bank manager on hand vulnerable people are left without any guidance on financial matters.’

Parliamentary records show there were 20,583 branches in 1988, but the consumer group’s analysis shows that there are just 7,586 today.

Sparsely-populated parts of Scotland account for the top 70 communities farthest from a bank.

Areas where recent closures have led to towns or villages without a single branch include Lymm in Cheshire, Broseley in Shropshire, Fishguard in Pembrokeshire and Sturminster Newton in Dorset.

While banks argue that one of the country’s 11,500 Post Office branches can plug the gap, there are many crucial banking services they do not offer.

These include opening or closing accounts, transferring money between accounts, making a complaint about the bank and requesting a replacement debit card.

Banks also require customers to call into a branch for matters such as anti-fraud checks or to discuss legal documents such as lasting power of attorney.

Almost half of those surveyed by Which? said they were unlikely to use a Post Office for banking services, questioning the level of staff expertise in financial services and complaining about long queues.

Martin Kearsley, banking services director at the Post Office, said: ‘We are uniquely placed to bring vital services to local communities right across the country. It’s a responsibility that we take very seriously.’ 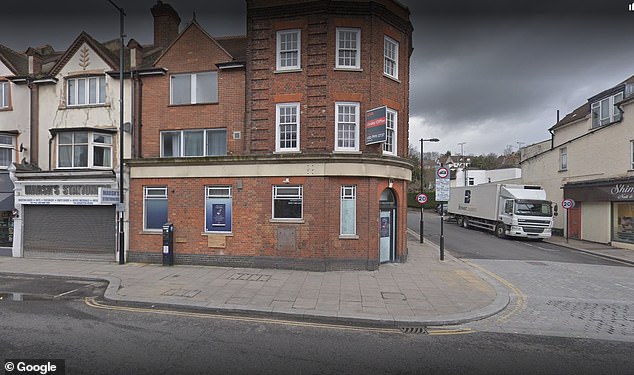 For many smaller towns and people in rural locations, the loss of a local bank has been compounded by cash machines closing.

‘Towns and villages without a single branch’

Parliamentary records show there were 20,583 branches in 1988, but the consumer group’s analysis shows that there are just 7,586 today.

Sparsely-populated parts of Scotland account for the top 70 communities farthest from a bank.

In June Which? revealed free cash machines are closing at a rate of 300 a month – forcing people to use machines that typically charge £1.70.

Ceri Stanaway of Which? said: ‘The true scale of bank branch closures in recent decades is staggering – and has left millions of people struggling to access the vital financial services and cash they need.

‘For many there is simply no substitute for a dedicated branch and the wide range of services it offers and many customers now face having to travel long distances if they are to avoid financial exclusion.’

A spokesman for trade association UK Finance said: ‘Bank branches play an important role in the life of local communities and decisions to close them are never taken lightly.’