Stop monkeying around! Two tiger brothers fight over their first kill after catching a primate while learning to hunt with their mum in India

These stunning photographs capture sibling tigers viciously slashing each other with their claws in a dramatic battle over their first kill in India.

The brothers were hunting along with their mother when they came across a water hole at the Bandhavgarh Tiger Reserve, in Madhya Pradesh.

Taken by photographer Sanjay Danai, 57, the remarkable snaps capture the cubs as one of them slaughters a monkey before the youngsters battle with each other for the spoils.

Sanjay said: ‘This was a morning play time for these cubs. Tiger cubs, especially in their sub-adult stage are very playful. It’s the time that they learn about hunting and survival skills from their mother. It was exciting to watch them in action.’

Sanjay said the cubs’ playfulness was preparing them for life without their mother. He added: ‘This moment in the water allows you to judge the cubs individual strengths. When they get separated from their mother, the stronger among them forms their own territory by bullying others.’

Toe to toe: One of the tiger brothers tightly clings onto the monkey with his jaw while aggressively swiping at his sibling, who leans back in a defensive position. They were captured in the midst of their fierce brawl in Bandhavgarh Tiger Reserve, in Madhya Pradesh, India 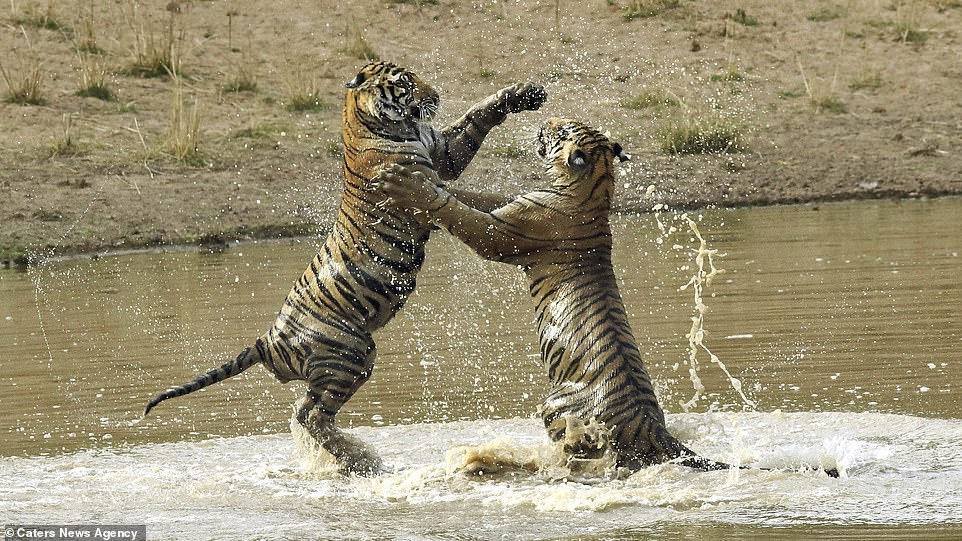 In the thick of it: The tigers lock claws as they both stretch on their hind legs. The nasty clash of these two furry titans was captured by photographer Sanjay Danai, 57 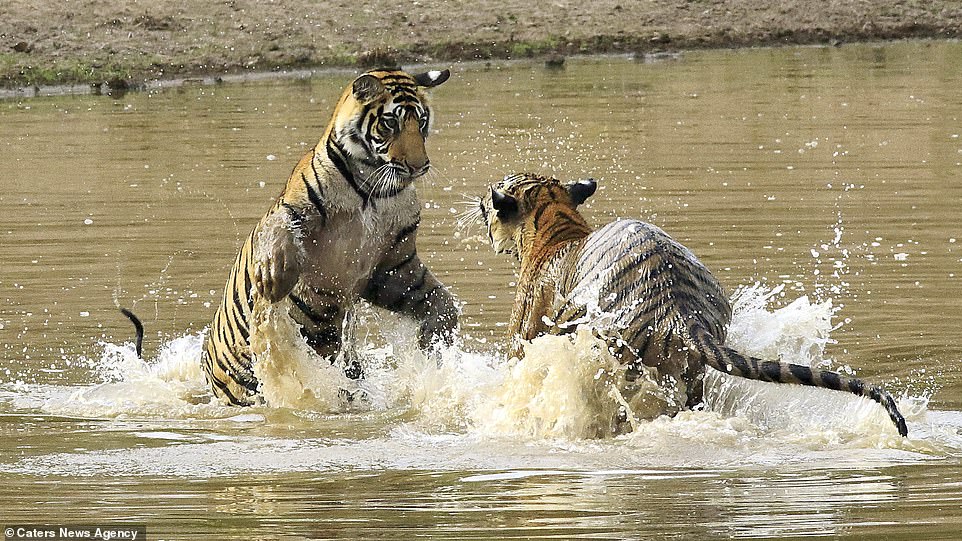 Paws for thought: One of the tigers seems to get the upper hand during their vicious clash and appears to pause his onslaught, giving his sibling chance to back off 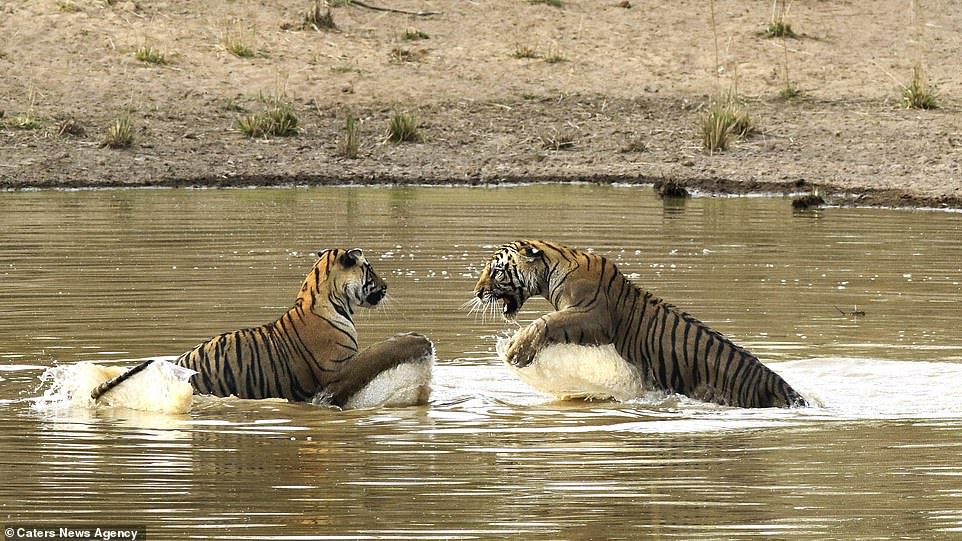 Raw power: At the start of the fight, both brothers run through the water hole and charge at one another, unwilling to give up on their first kill 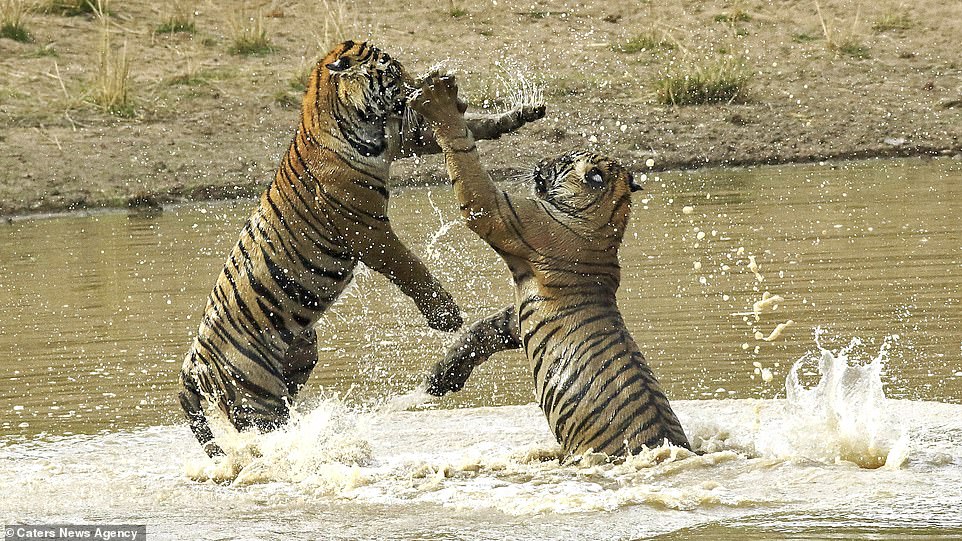 Paws off! Standing tall, the sibling cubs reach for one another at the same time, slashing each other in the face