A two-week old baby has died after developing sepsis which pushed through her skull and into the back of her neck.

Arianna-May’s parents Chloe Louise Hince, 18, and Josh Simpson, 21, shared their agony and how their little girl was given morphine to ease the pain.

After three hours the youngster had her life support switched off and the young couple saw their daughter slip away from them.

Arianna-May was born a healthy 6lb but died after a five-day battle with liver failure, following a diagnosis of galactosaemia. This ultimately resulted in her developing sepsis on August 14 and came just three weeks after she was welcomed into the world on July 29.

Chloe Louise Hince, 18, and Josh Simpson, 17, were distraught when their newly-born daughter died two a few weeks after developing sepsis. They maintain how they will ‘always be grateful’ for having an ‘amazing daughter’ like Arianne-Mai 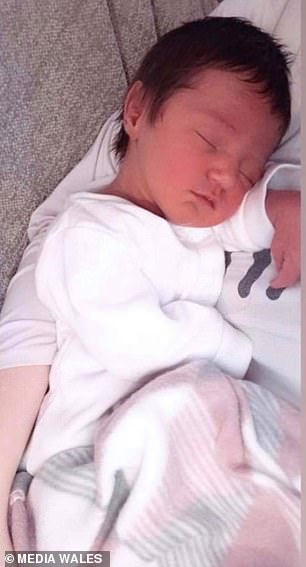 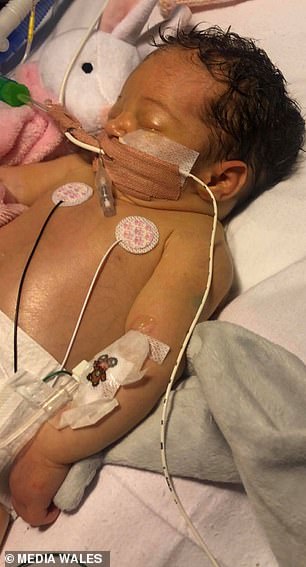 It started when Chloe received a call from a metabolic specialist who said her daughter’s results were ‘inconclusive’ on August 9.  Because of this an investigation into the Royal Glamorgan Hospital is currently underway

The family from Maerdy in the Rhondda area of south Wales, are adamant that if the metabolic disease which resulted in sepsis had been found sooner, their daughter Arianna-Mai could still be with them today.

He added how he and his wife ‘will always be grateful to have had an amazing daughter like Arianna-Mai’ as they were planning their days out and first Christmas’s and holiday’s together. 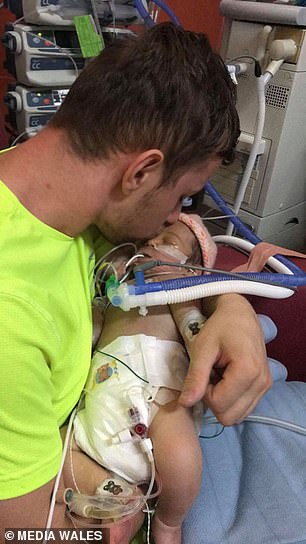 But this changed when mother Chloe received a phone call from a metabolic specialist, who said Arianna-Mai’s heal prick test results came back inconclusive, on August 9.

They were asked to bring Arianna-Mai to the Royal Glamorgan where they could conduct further tests.

When they arrived at the hospital, doctors took Arianna-Mai away to carry out some blood tests, according to the parents.

Josh and Chloe claim that they were told doctors were unable to get enough blood out of their daughter so they had to wait a few more hours to try again after Arianna-Mai had a feed.

But according to them, they later found out that the first round of blood they collected had been dropped – which was the real reason they had to draw more blood. 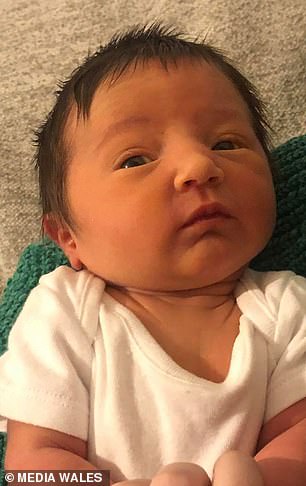 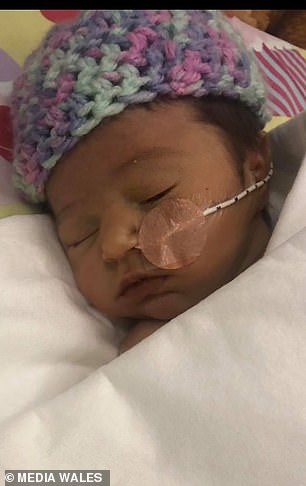 Count yourself lucky: The family said ‘if the metabolic disease which resulted in sepsis had been found sooner, their daughter Arianna-Mai could still be with them today’

This delayed the formal diagnosis and also meant that Arianna-Mai was given milk by the hospital which was toxic for a baby in her condition.

The family were advised they needed to stay in the hospital with Arianna-Mai until a diagnosis was given.

And they believe nurses should have been more aware of the impact and toxicity of milk for babies with galactosaemia -as they had been admitted into hospital due to concerns over the inconclusive test that screens for metabolic diseases. 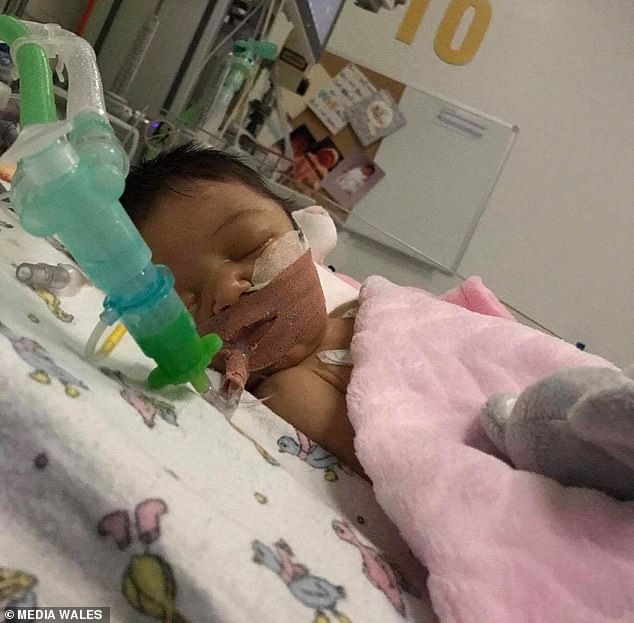 Josh Simpson said ‘the 16 days we spent with [Arianna-May] were the best 16 days of my life’ and if the metabolic disease had been identified sooner, there is a chance she could still be alive

Chloe said: ‘After they took the second bloods she started to get lethargic and stopped feeding. We raised our concerns about this but they didn’t seem concerned and said try again when she’s due her next feed.’

Nurses attached the feeding tube on Arianna-May after she had six hours without any food.

‘Knowing our daughter has never had problems with her feeding before was very concerning for us.’

Arianna-Mai also had jaundice where the whites of her eyes turned a yellow tint and later became more irritated with constipation, a swollen bottom and signs of blood, according to Chloe.

The young couple said when they raised their concerns about their daughter’s conditions, they were told she just needed winding, which didn’t make sense to the parents as she had not fed for a number of hours.

After a high stress night Chloe and Josh were informed that their daughter had galactosaemia.

One of the first things the consultant said to the parents is their daughter should not be fed with the milk provided to them.

Due to the high level of care that Arianna-Mai required, she was transferred to the University Hospital of Wales by the WATCH (Wales and West Acute Transport for Children) team.

Chloe said it was at this point that they found out the first vial of blood was dropped and lost, as she heard the team talking about her medical history.

But things took a turn for the worse when Arianna-Mai’s blood pressure shot up, prompting the doctors to carry out a more in depth brain scan.

‘At this point we were confused as we thought she was getting the brain scans every couple of hours and everything was fine.

‘When she came back from the scan we were then told one pupil was 4mm dilated and the other was 5mm dilated and neither were responding to light.’

Josh said they were told Arianna-Mai had contracted sepsis which caused her brain to swell so much it pushed through her skull and fell into the back of her neck – giving her a 1 per cent chance of survival.

Arianna-Mai was transferred back to the Heath hospital where she was being kept alive on life support.

‘After the machines got knocked off she was still breathing on her own for at least three hours or even longer.

‘Nurses then told us that they would advise to giving Arianna-Mai morphine to help her with the pain to help her pass comfortably.

‘Within the hour, the beautiful Arianna-Mai lost her fight for life.’

The University Hospital of Wales offered the couple bereavement services which they declined.

They also gave the couple foot print photos and a box full of things for Arianna-Mai.

Chloe and Josh now believe that the smashed vial of blood resulted in devastating consequences for their daughter as it ultimately delayed her diagnosis by hours, during which Arianna-Mai was fed milk that was toxic for her condition.

They said their daughter clearly had signs of sepsis, including making grunting noises, not having a wet nappy for over 12 hours, no interest in feeding and green bile.

They now believe all the signs of sepsis were there but were not picked up upon and treated fast enough.

A spokeswoman for Cwm Taf Morgannwg health board said their thoughts are with the family during this ‘extremely difficult time’.

They did not comment on the circumstances but confirmed an investigation is being carried out into the care provided for Arianna-Mai by Royal Glamorgan Hospital in Wales.

It is a potentially life-threatening condition, triggered by an infection or injury.