Two surgeons say at least five patients have died, including one who bled out when a doctor couldn’t be reached, at a New York medical center amid allegations of under-staffing, a boozing doctor and negligence.

In two separate lawsuits filed, they allege the medical center fired them from their positions in retaliation for raising concerns over patient safety in the heart-surgery and organ-transplant programs.

Renz, a transplant surgeon, said a colleague ‘abandoned’ a patient on the operating table and couldn’t be reached when their condition worsened, New York Post reports.

When a backup surgeon failed the operation, Renz and Gruessner were forced to fly into Brooklyn from out of town to save the patient.

Nabil Sumrani, the absent surgeon, also allegedly had an ‘inappropriate relationship’ with a hospital pharmacist, according to Renz’s January lawsuit against SUNY and Downstate. 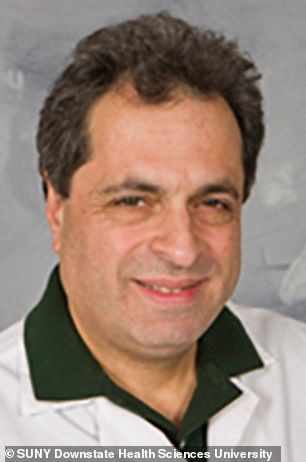 According to the lawsuits, Dr. Devon John (left) had several bottles of alcohol and drug paraphernalia in his office. Nabil Sumrani (right) allegedly ‘abandoned’ a patient on the operating and had an inappropriate relationship with a hospital pharmacist

Dr. Devon John, who currently performs kidney transplants at Westchester Medical Center, left ‘multiple bottles of alcohol throughout [his] office’ and ‘what appeared to be drug paraphernalia.’

Gruessner says janitors found the trove of items after his departure from the medical center.

Gruessner, the former chairman of surgery and chief of transplant, says in his lawsuit he filed against SUNY and SUNY Downstate Health Sciences University in December that one patient bled out when an on-call doctor couldn’t be reached.

In June 2019, another patient slipped into cardiac arrest and died ‘at a time when there was not a single attending [doctor] present’.

The responding resident charged with inserting a breathing tube into the patient was reportedly so inexperienced ‘that he was almost shocked by the defibrillator.’

Additionally, three other people died in a single year because the taxpayer-funded center experienced under-staffing.

Gruessner lawsuit says: ‘In fact, three inpatient deaths within a one-year period occurred on days in which there was no in-house coverage provided by nurse practitioners and physician assistants.’ 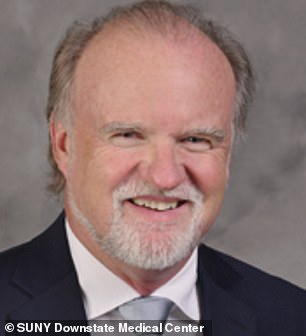 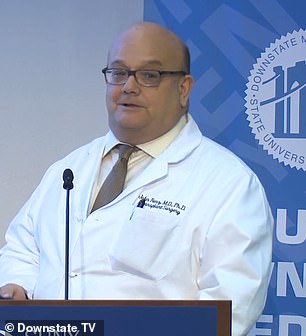 Staff members reportedly could not be relied on in those times, from December 2018 to March 2019, because they had not fully been paid.

It also alleges that there were no backup pediatric surgeon and that endangered the lives of children.

In response to the allegations, a spokeswoman said SUNY Downstate Medical Center take their mission to care for patients seriously.

‘We have undertaken an aggressive and rigorous patient safety and quality agenda that advances patient care and creates positive outcomes for individuals in our care,’ the statement said.

‘If we see something that is not up to high standards, we investigate and take appropriate action because our patients deserve better.’

According to The Wall Street Journal, the teaching hospital in East Flatbush loses $3million  a month.

Gruessner, a leader on the transplant team that saved Rep. Gabrielle Giffords after she was shot in 2011, relocated to Brooklyn in 2017.

He alleges that he found ‘systemic institutional problems in patient care and safety’ and told administrators to no avail.

‘I was recruited to SUNY Downstate to fundamentally change the quality of care delivered to surgical patients in Brooklyn and have pursued extensively every opportunity to create an environment dedicated to clinical excellence,’ he said in a statement.’

He added: ‘Unfortunately, my efforts were undermined by senior administration when I and my team of physicians raised concerns about Downstate’s failure to address issues of patient safety and health.’ 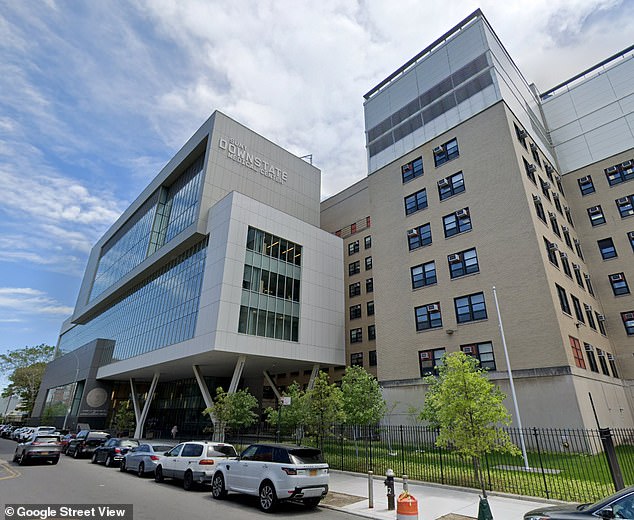 Renz and Gruessner reportedly realized deaths and poor transplant results had been caused by patient’s not receiving enough anti-rejection medication.

Gruessner, who was stripped of his duties in September 2019, is still a tenured professor.

Renz, who left his job at University of Chicago, spent his last day at SUNY Downstate Medical Center was in August 2019.

He was told that his dismissal was ‘based solely on budgetary concerns,’ told to immediately stop working and was escorted out by security.