Two female researchers who have spent the last nine months in a remote cabin in the Arctic have now been left stranded there due to coronavirus.

Hilde Strom, 52, from Norway, and 59-year-old Canadian Sunniva Sorby have been surviving in a 215sq ft hut on the remote archipelago of Svalbard since August last year while researching climate change.

But now their trip has been extended indefinitely after the boat that was supposed to come and get them last week was cancelled due to coronavirus travel bans.

The pair anticipate that they will not leave the islands until September – and may have to spend a second winter in their remote home, 87 miles from civilisation.

Hilde Strom (left), from Norway, and Sunniva Sorby (right), from Canada, have spent the last nine months in a remote cabin in the Arctic archipelago of Svalbard – and have now been left stranded there after their boat home was cancelled due to coronavirus 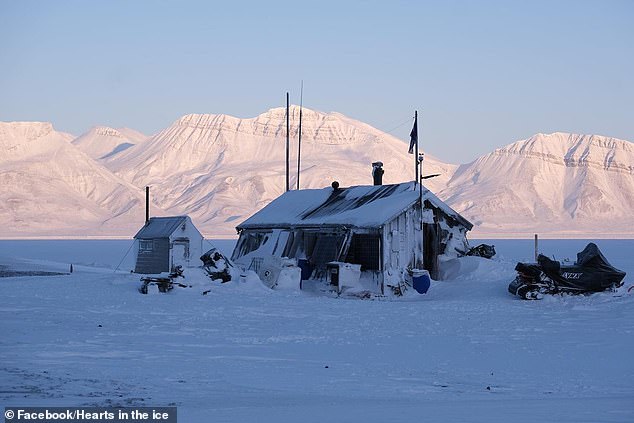 The cabin measures just 215sq ft, has no running water and only limited electricity, and is studded with nails to stop polar bears getting inside

The cabin has no running water with the pair forced to melt ice each day, and neither has had a shower since their stay began.

The only electricity comes from what they generate from wind and solar power.

‘There have been tears,’ Strom told NBC in a video call from the remote whaler’s hut where she is living. ‘You feel so small in this big environment.’

Though the possibility of the pair having to spend another winter in the cabin is remote, it would be made all the more extraordinary given that they are already the first team to spend even one winter in the Arctic without a man accompanying them.

Svalbard is fraught with dangers even for two people who have as much experience of cold environments as they do – Strom has spent 22 years living in the Arctic, while Sorby spent 23 years as a guide in the Antarctic.

Perhaps the biggest danger – aside from the cold – are polar bears which roam freely around the islands. 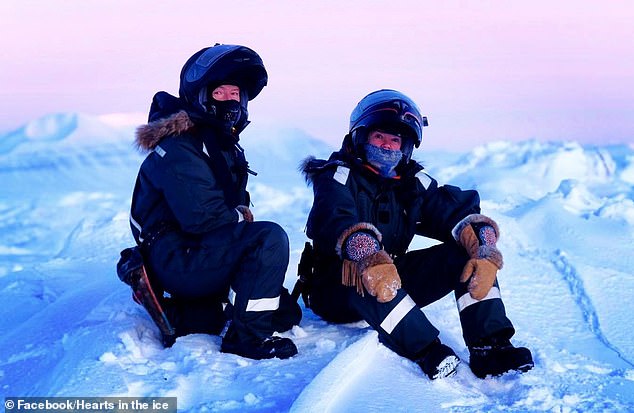 The hut where the pair are living, which was built in the 1930s for commercial whalers, is studded with nails to stop bears trying to get in or climbing on the roof.

They also have to carry a rifle with them wherever they go, in case one of the animals gets too close.

The pair have had at least 30 encounters with bears since the start of the project.

A rifle is not all they have to carry with them when the leave the hut. In fact, dressing to go out takes a total of 15 minutes with 20lbs of clothing worn each.

They also have to carry a flare gun and a Swiss Army knife for emergencies.

Not everything they brought with them is so practical, however. Each packed a little black dress and high heels to wear on celebrations while they were away.

‘We dressed up for Christmas with our heels and our dresses outside with our rifles over us. It was ice cold,’ Sorby said. 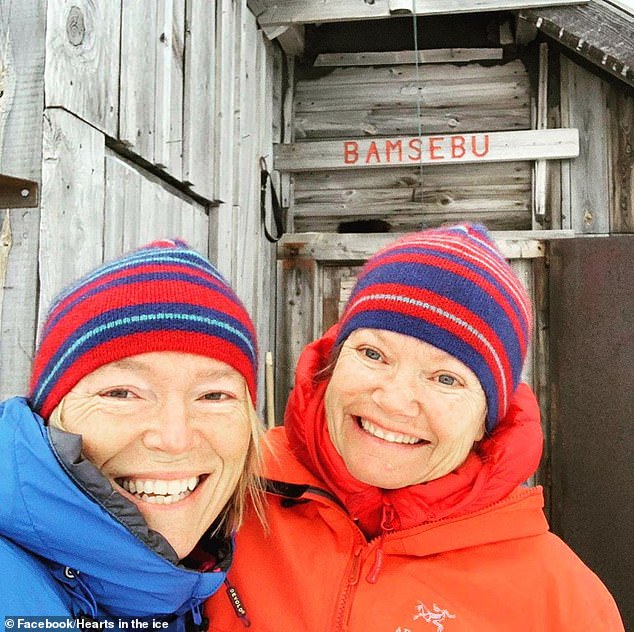 While in Svalbard, the pair have been collecting data for various research organisations including NASA, the Norwegian Polar Institute, Scripps Institution of Oceanography, and the University Centre in Svalbard.

They are also testing solar and wind technology for various firms, which is how they are generating their electricity.

On top of the cold, the isolation, and the polar bears, the pair also had to endure endless hours of night – including 90 full days of complete darkness.

Still, they are trying to see the positive sign of things – saying the unexpected extension has given them more time to dedicate to their work.

Sorby added: ‘We gave up our normal lives to come here, but it turns out this is more normal than the life back home.’