Devastated friends and family have paid tribute to the two men killed in a horror gas explosion at a paper mill on the New South Wales-Victorian border.

Lyndon Quinlivan, 36, from Lavington and Ben Pascall, 28, from Wodonga died after inhaling toxic gas during routine maintenance at the Norske Skog paper mill near Albury on Thursday.

A 22-year-old colleague remains in intensive care and was showing signs of improvement on Friday night.

Lyndon Quinlivan was one of two men killed in a tragic explosion in Albury on Thursday. He leaves behind a wife and young family 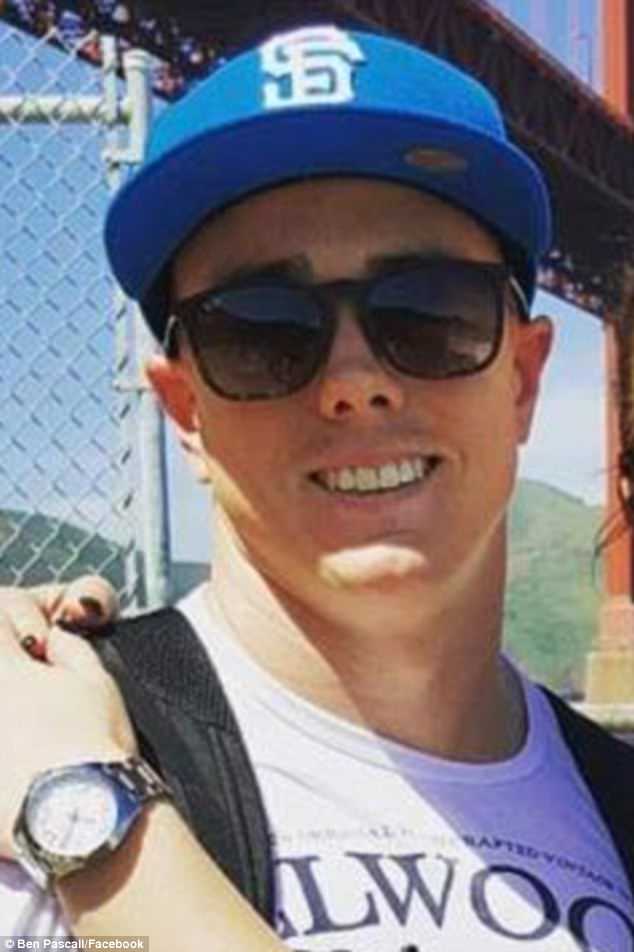 Ben Pascall, 28, (pictured) was an avid cyclist outside work

Heartbroken friends and family of Mr Quinlivan and Mr Pascall have taken to social media to express their sadness and offer condolences.

‘RIP Lyndon Quinlivan, a gentleman tragically taken too soon. Payday league will be lost without you. All our love and support to Jacci and family,’ one woman posted on the Twin Cities Tenpin Bowl Wodonga Facebook page.

A former colleague described Mr Quinlivan as a lovely young man who settled into his working life at Norske Skog really well.

‘Safety was such a priority at the paper mill and we worked so hard to keep everyone safe. I can only imagine what all the workers and the safety team are going through at this time,’ she posted. 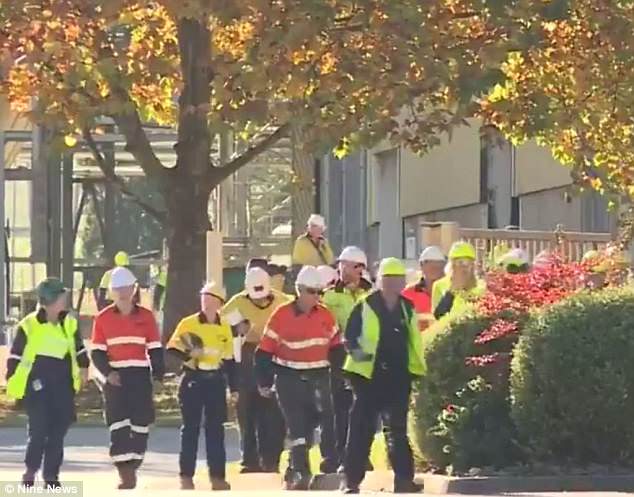 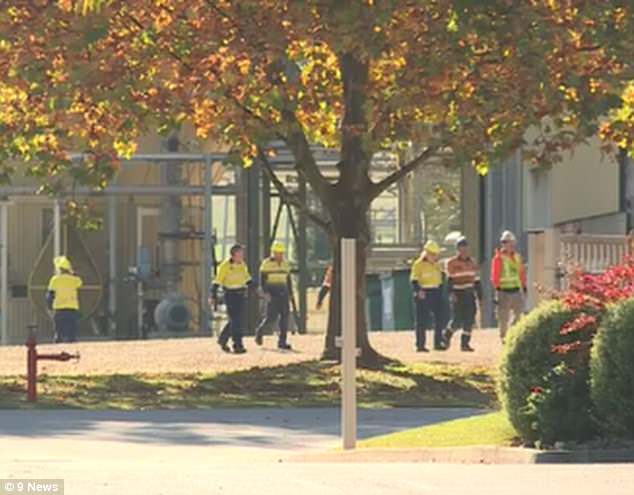 The toxic fumes killed a 36-year-old man and 28-year-old worker, who died in hospital, after the incident at Norske Skog paper mill, Ettamogah (pictured)

The Albury Wodonga Panthers Cycling Club paid tribute to Mr Pascall, who was an avid cyclist.

‘Rest in Peace, Ben Pascall. Hope the road is smooth and the wind is always behind you up there,’ the club posted on Facebook.

Heartbroken colleagues have vowed to raise money to support the grieving families, while Norske Skog has vowed to match any donation and offered counselling to all workers, the Herald Sun reports.

Shattered general manager Milo Foster fought back tears when he fronted the media on Friday.

‘I think there’s a lot of concern, particularly for the families of the two employees. One of the employees had a couple of small children and it’s a very tight knit group, that particular crew.’ 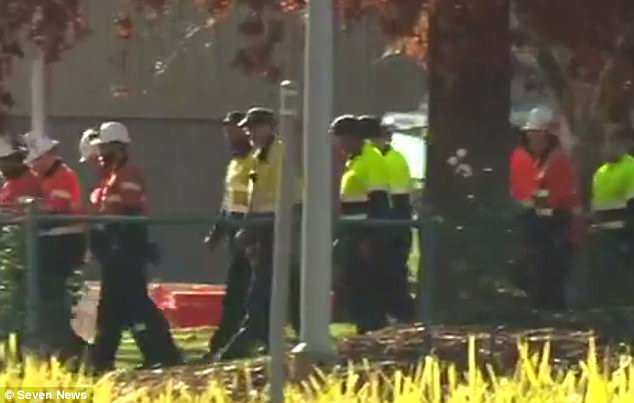 Emergency crews from Victoria and NSW rushed to the scene on Thursday afternoon after the chemical, known as rotten egg gas, filled the site.

The leak was reportedly caused by an explosion on the NSW side of the border inside the mill.

It’s not yet known how it leaked.

It’s understood three workers were left unconscious while working on top of an indoor water tank.

Ladders and ropes had to be used to bring down three of the workers.

Around 150 employees were evacuated from the mill and 18 people were taken to hospital, most of whom were discharged that day. 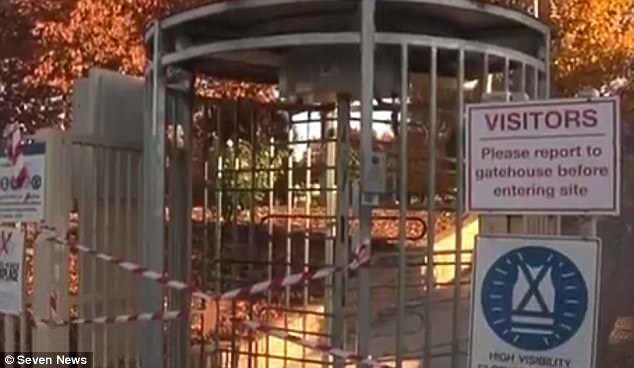 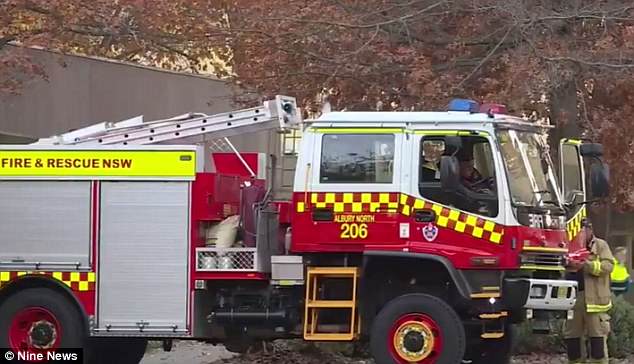 Emergency crews from Victoria and NSW rushed to the scene (pictured) mid afternoon as the chemical, known as rotten egg gas, filled the site

A spokesman for the mill told Daily Mail Australia the site was closed down while WorkSafe investigates.

SafeWork NSW regional manager Scott Kidd said the investigation was expected to be long and complex.

‘The response of the workers involved indicates that it could have been hydrogen sulphide,’ he told reporters on Friday.

‘The injuries and the related fallout from what occurred yesterday is consistent with the fallout from that gas, but it’s yet to be established.’ 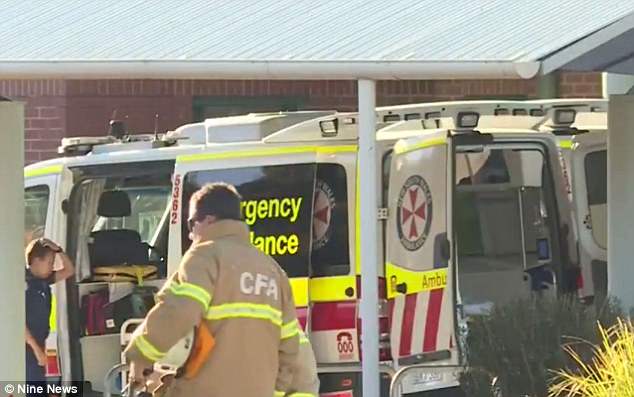 It was the first fatal accident since the Albury mill commenced production in 1981.

According to the Norske Skog website, the mill ranks among the best newsprint production facilities in the world.

Its annual production capacity of 274 000 tonnes represents about 40 per cent of the newsprint and related grades used in Australia each year.