Two-year-old puppy ate rocks to survive, had part of his tongue missing and was covered in open wounds after ‘devil-like’ owner left him chained up and to starve to death

A man starved his dog so severely that it was forced to eat rocks in a bid to survive but the pet passed away after desperate bids to save him follow abuse from his evil owner.

Police in Ohio found the two-year-old Doberman pinscher – who went by the name Lou – with severe open wounds when they responded to a request for a welfare check after no inside the home was contactable in April 2019.

It was clear the puppy had been deprived of food and water by owner David Neanover, 36.

The dog was taken to the Animal Friends Humane Society Shelter which discovered he had ulcers on his tongue, part of which was missing, making it difficult for him to eat. 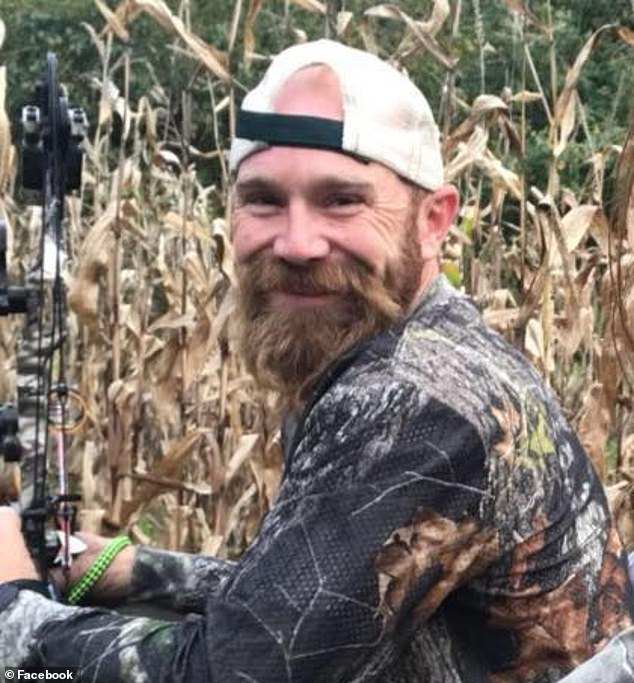 Police responded to the home of David Neanover, 36, after calls of concern then found his two-year-old Doberman pinscher 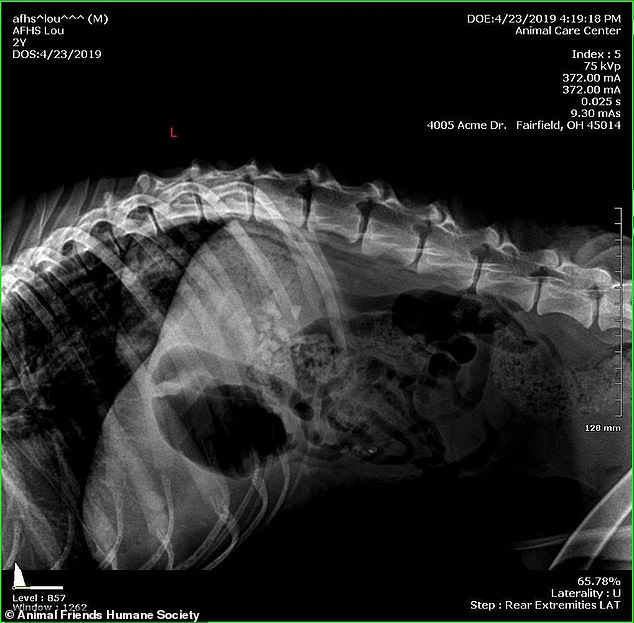 The dog was at least 20 pounds underweight and his ribcage appeared through its skin. He had a staph infection and the shelter said in a Facebook post that the dog had been ‘deprived food for quite some time’ and lived on a short chain.

Images of the pet showed horrific injuries and X-rays revealed Lou had rocks in his system.

‘No normal human being could look at this dog and think this is acceptable,’ Butler County Sheriff Richard Jones said at the time.

‘The pictures are hard to view. It’s much worse in person. Animal Friends will do everything they can to save this poor animal but the current condition is very bad. I am thankful that this was reported. I just hope he can be saved and adopted to someone who cares.’

The dog was treated for five days at the shelter but died soon a few days later.

Protests took place for the Reily Township man to be punished after a grand jury declined to charge him with felony animal cruelty, in favor of first-degree misdemeanors last year. One sign outside the courthouse, captured by WKRC read: ‘Send him to jail and withhold his food.’

Neanover’s attorney argued that a medical condition caused the dog’s death not the starvation. 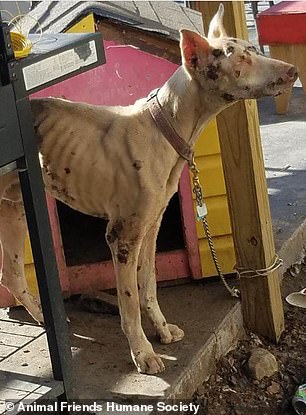 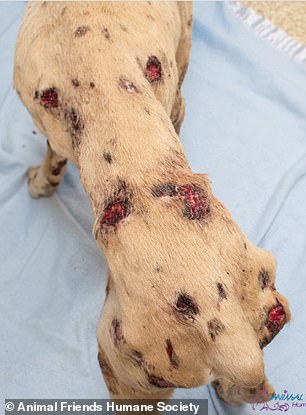 Police found the dog chained up and emaciated last April when responding to calls of concern The dog was 20lbs underweight, had a staph infection, part of 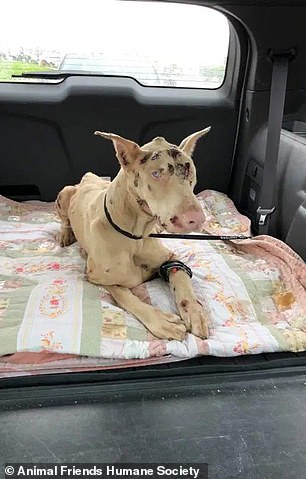 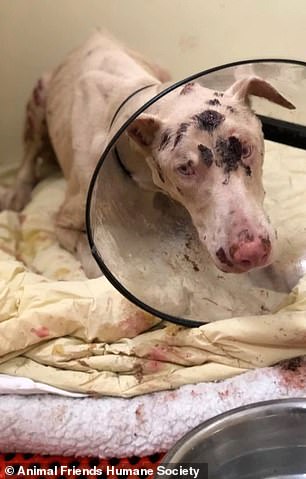 People from as far as Florida wrote letters asking for Neanover to receive the maximum punishment.

‘I am asking for the full extent of the law,’ someone who knew Neanover wrote to a judge, the Cincinnati Enquirer reported. ‘To let a sweet, innocent soul live in filth, no food or water, no love or kind treatment.

‘[Neanover] even named him Lucifer when in actuality, this person should be called that.’

Neanover pleaded no contest two days before his trial was due to begin in March and he was convicted shortly after.

The person – whose name was blacked out in court records – added: ‘If I was a judge, these people who abuse animals would get to experience what they did to animals. Animals are just baby souls in different bodies.’

Neanover was sentenced to 180 days in jail on Thursday for one of the cruelty counts. For the other he received 90 days in jail to be served concurrently.

Neanover was also charged with one count of domestic violence to which he pleaded guilty. He was sentenced to 180 days to be served at the same time as the other sentences. 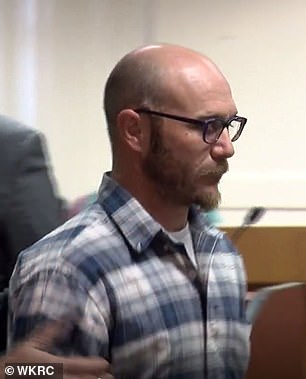 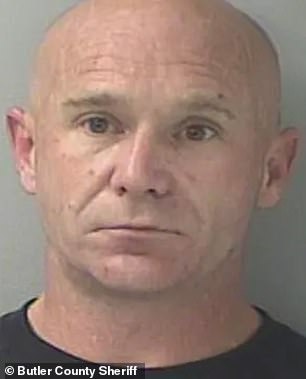 Neanover pleaded no contest in March before his trial was due to begin. He was convicted in March and was sentenced to 180 days in prison on Thursday. He is pictured in court (left) and in a mug shot (right)