Tyra Banks is set to be announced as the new host of Dancing With The Stars, DailyMail.com can exclusively reveal.

Multiple sources from within ABC have confirmed the former America’s Next Top Model host, 46, will replace Tom Bergeron and Erin Andrews, who were both dropped from the hit show on Monday.

Banks will also be given an executive producer title and will be officially unveiled as the new host on Good Morning America on Wednesday, the insiders tell DailyMail.com.

The latest: Tyra Banks, 46, is set to be announced as the new host of Dancing With The Stars, DailyMail.com can exclusively reveal

Bergeron most recently hosted the 28th season of Dancing With The Stars and marked his 15th year with the program.

The Emmy-winning host tweeted that the show would be ‘continuing without’ him on Monday afternoon; ABC later confirmed in a statement that not only was Bergeron out, but his co-host Andrews wouldn’t return as well.

A representative for the television personality said in a statement on Tuesday that the move was the network’s call: ‘ABC opted not to pick up Tom’s option. In the fine tradition of Hollywood cliches, they’re “Going in a different direction.”‘

In his tweet, the 65-year-old television personality revealed he had only recently learned of his firing. 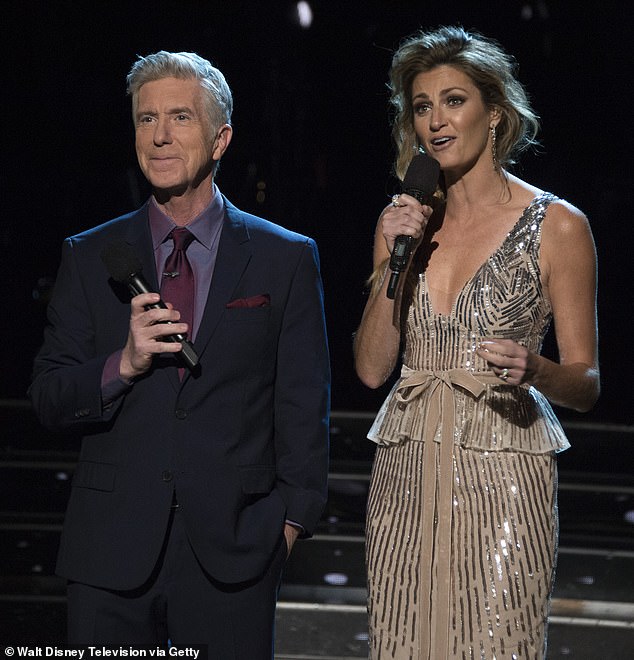 They’re all gone: ABC and BBC Studios confirmed that both Bergeron and his co-host Erin Andrews wouldn’t be returning for the upcoming 29th season in a statement; shown in November 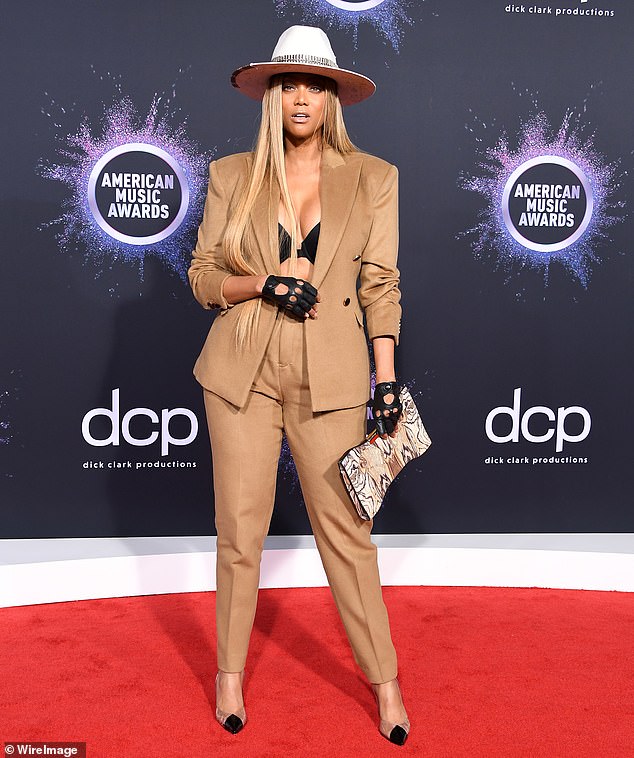 Proven: Banks is a veteran of show business for more than three decades, finding success in numerous formats including modeling, acting, hosting and producing

He said: ‘Just informed @DancingABC will be continuing without me. It’s been an incredible 15 year run and the most unexpected gift of my career. I’m grateful for that and for the lifelong friendships made. That said, now what am I supposed to do with all of these glitter masks?’ he joked.

Bergeron didn’t stick around long to say more, though when one fan asked if he was going to ‘finally’ become a contestant now, he replied, ‘Um…no.’

He also quote-tweeted the comedian Randy Rainbow after he wrote, ‘I’ll be right over.

‘On the plus side, Now I’m free for our socially distanced lunch!’ he replied.

Andrews spoke out for the first time Tuesday after it was revealed that she and longtime host Bergeron will not be returning to reality competition series next season.

The 42-year-old television personality took to Instagram on Tuesday to share a grateful statement along with two photos with the 65-year-old host. She wrote: ‘Thank you ABC and the entire Dancing with the Stars family for 6 memorable seasons.

‘Those years wouldn’t have been as special without my loving host Tom Bergeron, the talented dancers, and witty judges. I will always cherish my days on set, even if I wasn’t the best at walking in heels.’

ABC and BBC Studios confirmed that both he and his co-host Erin Andrews wouldn’t be returning for the upcoming 29th season in a statement.

‘Tom Bergeron will forever be part of the Dancing With The Stars family. As we embark on a new creative direction, he departs the show with our sincerest thanks and gratitude for his trademark wit and charm that helped make this show a success.

‘Erin will also not be returning, and we appreciate all that she brought to the ballroom. Fans have been rooting for her since she originally competed as a contestant back in 2010, and her signature sense of humor has become a hallmark of the show.’

Banks is a veteran of show business for more than three decades, finding success in numerous formats including modeling, acting, hosting and producing.

The Inglewood, California-born stunner was the first Black woman to be on the covers of the magazines GQ, and the annual Sports Illustrated Swimsuit Issue.

She was also a Victoria’s Secret Angel for eight years and appeared in movies including Higher Learning, Love & Basketball and Coyote Ugly.

She’s found some of her biggest success on TV with the series America’s Next Top Model, which she hosted and produced in a 22-season run from 2003 until 2015.

She also hosted her own talk show on The CW titled The Tyra Banks Show, which she won’t multiple Daytime Emmy awards for.

She also hosted America’s Got Talent during its 12th season in 2017.