Tyrrell’s Wines has announced they will be slashing their output over the next year by 80 per cent after smoke from bushfires devastated their crop.

The vineyards in the Hunter Valley region, about 200km north of Sydney, have spent the last three months surrounded by blazes.

Tyrrell’s Wines’ managing director Bruce Tyrrell said that while the vineyards hadn’t been directly impacted by bushfires, the smoke had ruined the quality of its grapes for the 2020 season.

‘This decision has been our own and reinforces our premium quality standing in the world of fine wine,’ Mr Tyrrell said in a statement, The Newcastle Herald reported.

‘We have also been conducting micro-ferments in our own laboratory which has led us to the decision that most of our vineyards will not be harvested for wine production.’

He said the grapes that would not be harvested would instead be used as feed for cattle.

‘The Hunter Valley is a large geographical area and there were many factors to consider when making this decision including proximity to the fires, elevation of vineyards, and days in contact with fresh smoke,’ he said. 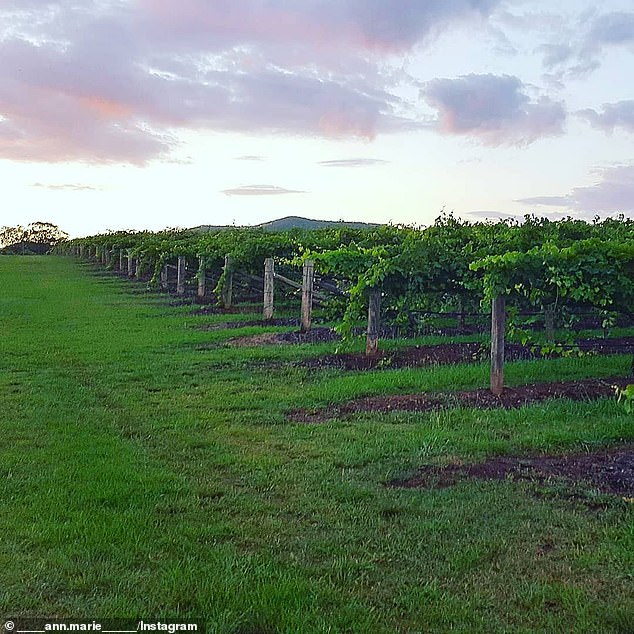 Grapes that are exposed to bushfires produce a smoky, burnt, ashy or medicinal taste, according to the The Australian Wine Institute Research.

There are also fears for other wineries in New South Wales and South Australia.

Vineyards in the Adelaide Hills could take years to fully recover in the wake of bushfires that tore through around 1000 hectares of vines last month.

Chief executive of the South Australian Wine Industry Association Brian Smedley said the long-term impact of the blazes would depend on the condition of individual vineyards. 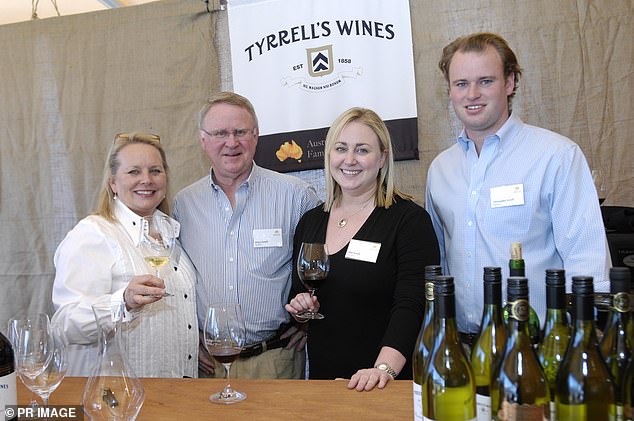 He said some vines may be able to regenerate, while a full replanting could be necessary in other situations, but the fires were certain to effect the availability of wine.

‘There will be less Adelaide Hills wine, simply by the nature of what happened,’ he said.

‘It will take a number of vintages before production returns to what it was.’

Mr Smedley said winemakers might have to look elsewhere for fruit, which could drive prices up, though in some cases there can be no substitute.

‘If you have a claim on the bottle that you’re going to be producing Adelaide Hills Chardonnay, that might not be possible,’ he said. 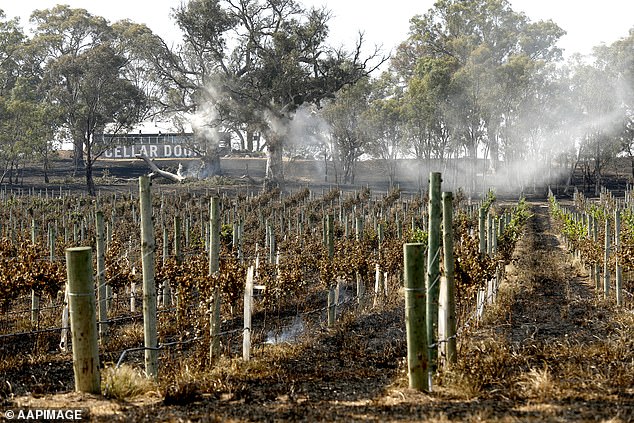 ‘You might have to make a more generic wine into the future until the vines have recovered.’

James Tilbrook for Tilbrook Estate Wines said his vineyard and winery had been destroyed as well as wine stock, barrels, equipment and multiple sheds, but he would push ahead to this year’s vintage.

‘I am sure with all the offers of support we’ll be able to make some wine,’ he said.

‘The next target is to get the wine in bottle.

‘Once we have wine again we are back in business.’

A spokesperson for The Australian Wine Institute Research told Daily Mail Australia it was ‘too early’ to predict if damaged crops in the Hunter region would drive the cost of wine up.

They said the dry season would likely have a larger impact on prices than fires.