Contracts have been signed following a bidding war between the Staples Center in LA and the MGM Grand in Las Vegas.

Fury will challenge KO king Wilder following the breakdown in negotiations between the American and Anthony Joshua. 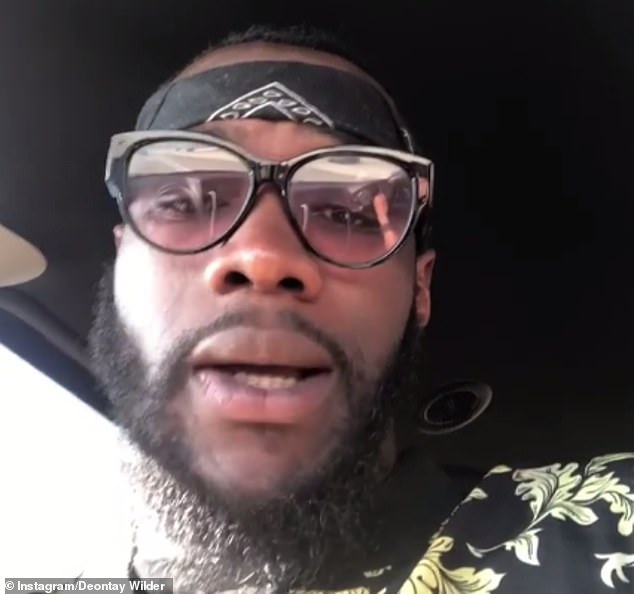 TALE OF THE TAPE

Wilder took to Instagram to say of the fight confirmation: ‘Well, I just signed my portion of the contract of the Wilder vs Fury fight. This fight is definitely on. It’s going to be one for the legacy. Definitely one for my legacy.

‘It’s going to be a pleasure. The two best heavyweights competing against each other. The best fighting the best giving the people what they want. Announcement next week baby.’

Fury is accelerating his comeback from suspension by putting his lineal heavyweight title on the line in only his third fight after two years out of the ring.

The news broke in the early hours of Joshua’s defence of his heavyweight belts against Alexander Povetkin at Wembley Stadium.

Joshua rejected a $50million (£38.2million) offer for a fight against KO merchant Wilder to find the first undisputed heavyweight champion since Lennox Lewis.

Fury insisted earlier this week that he’s not facing Wilder for a quick pay day when the two face in Las Vegas later this year.

The self-proclaimed Gypsy King put to bed rumours over his intentions by saying that he’s only chasing the WBC title, which he hasn’t won before.

The 30-year-old came face to face with his American counterpart before his fight with Francesco Pianeta in Belfast last month.

The Bronze Bomber gatecrashed proceedings by shouting ‘bomb squad’ in the five-star Europa Hotel before things became heated between the pair in the lobby afterwards where they had to be separated by fans and their respective teams. 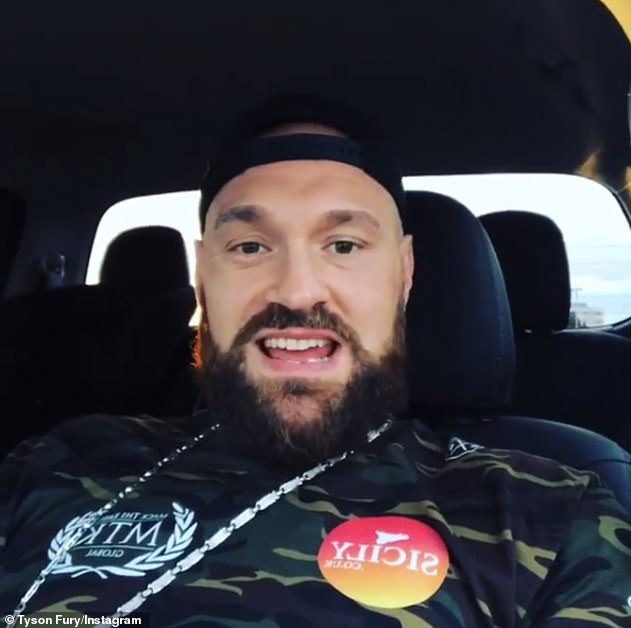 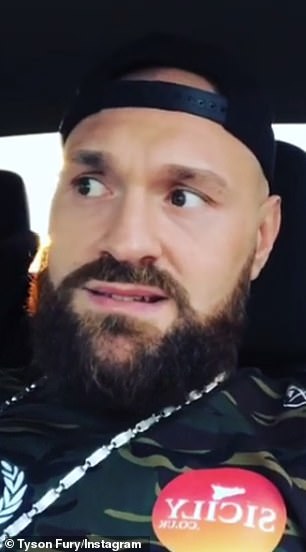 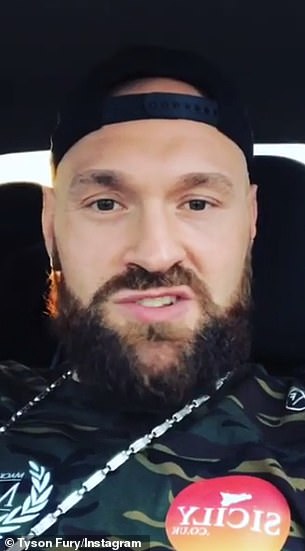 However, Fury insists that it isn’t for show and his focus remains solely on the boxing.

Fury told his Instagram followers on Monday evening: ‘I keep hearing and seeing a lot of stuff by a lot of people saying Wilder has got the murder power and he’s got this knockout power and I’m taking this fight for a few quid, all this sort of stuff.

‘Now I can confirm right here right now that none of it is true. Deontay Wilder has enormous power but so does all heavyweights. [Wladimir] Klitschko hit really hard – it didn’t affect me.

‘As for cashing out on a fight, a few more million to me ain’t going to make or break me, let me tell you that boys and girls. I wouldn’t lose a fight for £100million, nevermind a few million what I’m gonna get for [fighting] Wilder.

‘It’s not about money for me because there’s plenty of people out there with money but for me it’s about boxing and winning the final belt that I didn’t win before.

‘After boxing what is left? No boxing, no life. That’s what’s Canelo’s [Alvarez] hat said and I think it’s very very true. Very true. I’m in it to win it. Be the best.’