Tyson Fury unleashed a sensational rant towards Deontay Wilder as the pair came face to face on Monday ahead of their heavyweight showdown in December.

The duo sat down for a explosive press conference in London before their WBC heavyweight title fight in Los Angeles on December 1.

Fury, who has won both fights on his return to the ring, pulled no punches during their heated exchange and his comments infuriated Wilder so much he was forced to push the Gypsy King in retaliation. 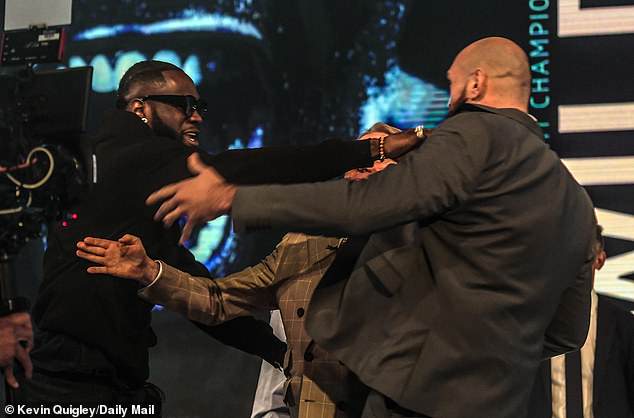 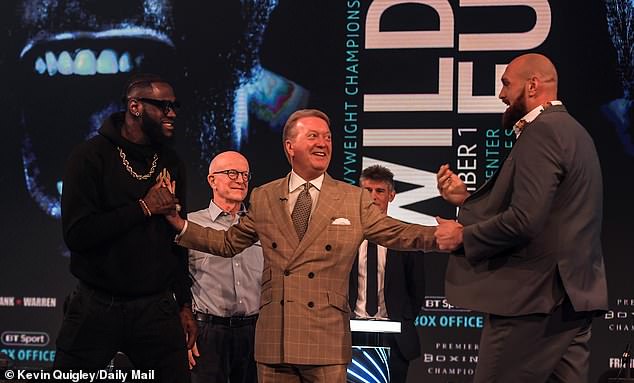 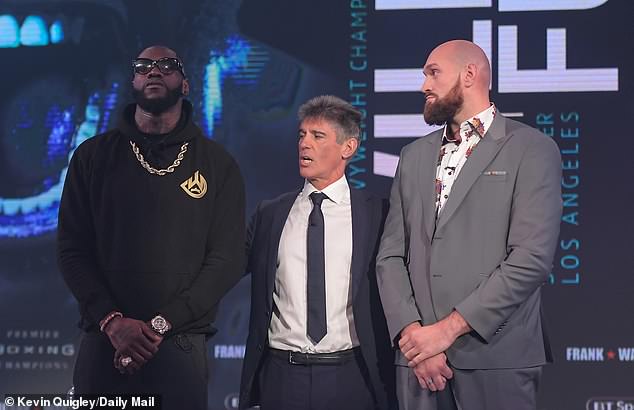 Just moments after sitting down Fury said: ‘I’m savouring nothing, the only thing I’m savouring is smashing Deontay Wilder’s teeth in. All the press have turned up, they are here to see the biggest fight of our generation between two undefeated giants, and you are in for a real treat, because I am in the mood for no messing around or dancing in the ring.

‘‘The thing is Bronze Bomber, you big dosser, you’re not ready for me, you never have been. All your knockout power can’t beat Tyson Fury. You are going to f*** yourself’

‘If I can’t beat you, I’ll kiss your two feet on the floor.’ 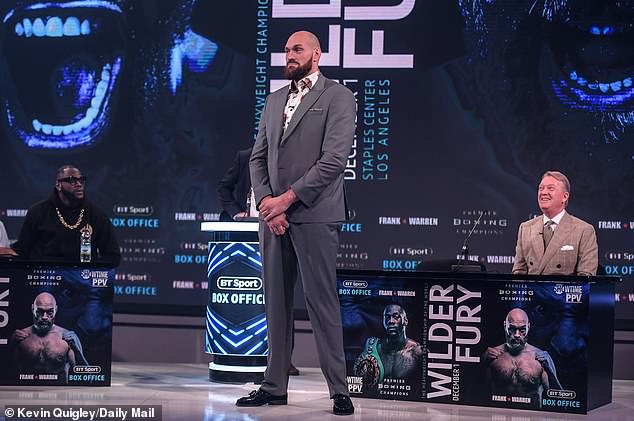 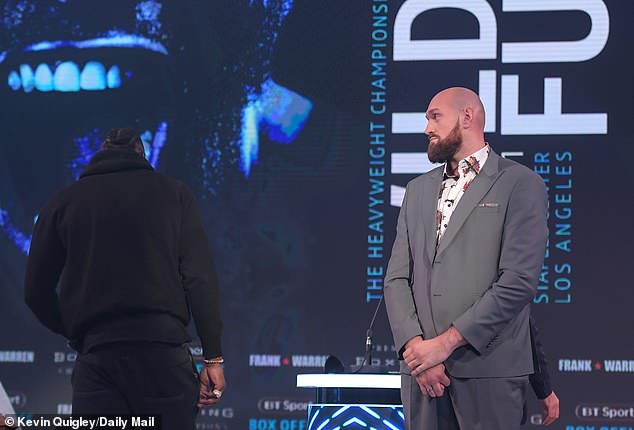 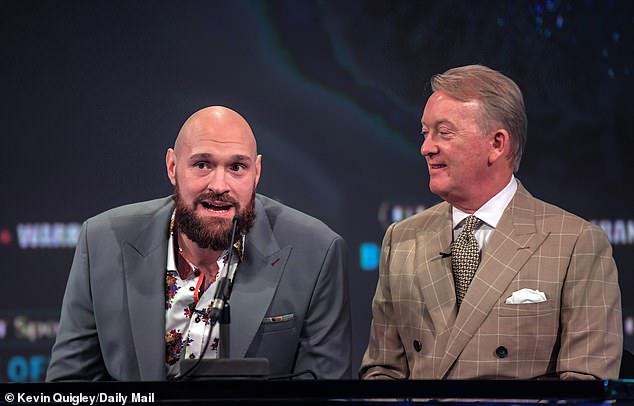 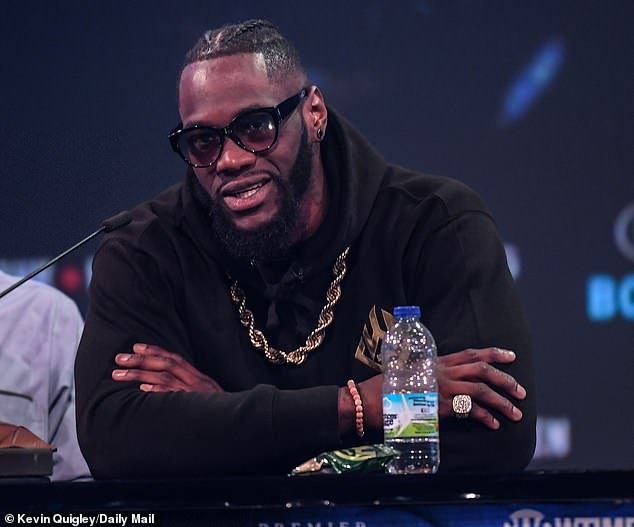 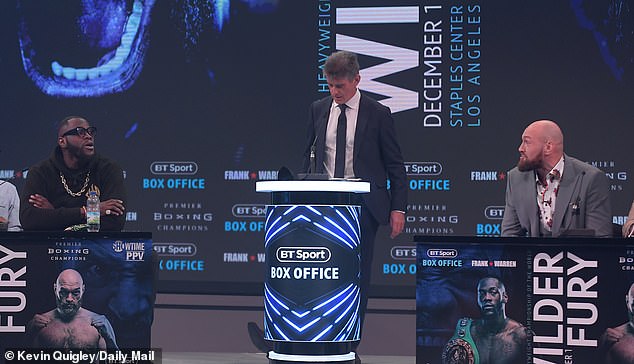 The pair continued to trade insults as Fury got up out of his seat and asked Wilder to demonstrate his punching power.

He added: ‘No concern, if you can fight, you fight. I picked this fight, Frank made this fight. I could have fought another 10 bums, but Deontay is an easy touch. I’m going to squeeze him like a lemon. I’ve been out for a year, now I’m coming to you, to beat you.

‘Can we have a little spar now (stands up to fight)? I want to feel the punching power’.

Wilder then pushed Fury, who responded with: ‘My wife pushes harder than that you little b****.’