‘They were worried I’d chin him… I’d just have nutted the ****!’: Tyson Fury jokes that Deontay Wilder face-off was aborted by worried promoters to stop him headbutting American rival

Tyson Fury joked that he was denied a face-off with Deontay Wilder because he would ‘have nutted the c**t’.

The Gypsy King was initially called to square off with his American opponent on stage at their final press conference before Saturday night’s trilogy bout.

But then his co-promoters intervened with Frank Warren and Bob Arum shouting at presenter Kate Abdo not to allow it. 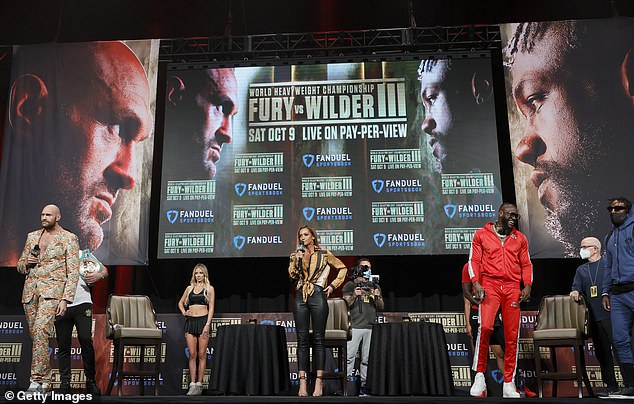 When asked by Kugan Cassius of IFLTV why he was denied the chance to face off with Wilder, Fury appeared baffled.

Cassius said: ‘Bob Arum and Frank Warren were screaming for that face off not to take place.

Fury replied: ‘Why…? Frank Warren must have thought I was going to chin him. I wouldn’t have chinned him, I’d have just nutted the c***. Like that!’

It was a bizarre ending to the press conference and Arum later fumed at Abdo for entertaining the idea of a face off. 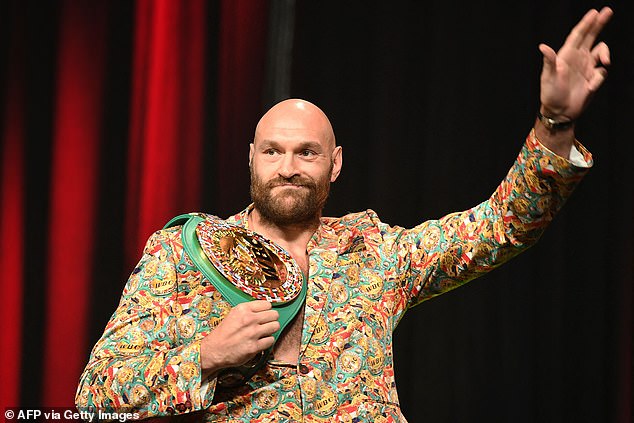 ‘They bring this woman in from the UK and she’s slanting all the press conference to Wilder,’ Arum shouted. ‘Like I don’t give a damn, but it’s obvious what she was doing!

‘And then, she knew that the understanding was: no face-off. Tom Brown argued with Fox, no face-off. We said, “No face-off”. What does she say? “Now we’re going to do a face-off?”

The press conference had become heated, with Fury hitting out at his rival, who he dominated and stopped in their second fight.

The British star said: ‘There’s something I need to say. Wilder said I only won the second fight because I cheated, but then he changes his whole team, trains as hard as he ever has.

‘I ask, if I only won because I cheated, what was the point of changing everything? No one can answer, so (you) have egg in your face. 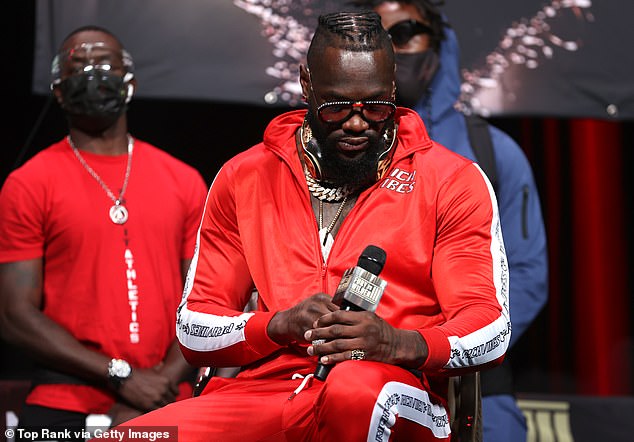 ‘He says he wants to do bad things to me and hurt me – for those who hold a hot coal with the intention of throwing it at somebody, they are the ones who get burned. I don’t want to hurt Deontay Wilder, I just want to beat him in a fight.

‘Guess what, after this fight you (Wilder) will be back at the fast food chain you were working at early in your career.’

When Wilder exited stage left without the face off, Fury yelled: ‘He’s a s***house, he wouldn’t even face me, a s***house like you dosser!’

The final slice of drama will no doubt generate a higher level of interest in Saturday’s showdown in T-Mobile Arena, Las Vegas.