Tyson Fury has sent a heartwarming video to a fan who tried to take his own life.

The 30-year-old reached out to fellow boxer Karl Jones who said his mental illness ‘robbed him of his character’.

Fury sent the direct message to Mr Jones, 32, just hours before the sign maker stepped in the ring for a charity bout for Ultra White Collar Boxing. 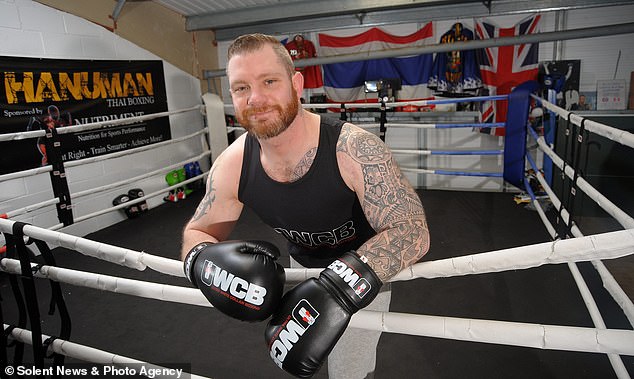 In the clip, recorded from the passenger seat of a car, Fury said: ‘I just want to wish Karl all the best for his fight tonight.

‘I read his story, I know he was about to commit suicide and he was inspired by my story.

‘Quite the turnaround Karl, to be back boxing and helping mental health. Congratulations buddy, you’re doing a fantastic job.

‘Anybody can come back, like I have proved and like you have proved. Good luck in your fight mate, continue to keep battling forward.’

Fury, a former world heavyweight champion battled drug abuse, alcoholism and mental health problems for years before relaunching his own career in June.

The fighter, who went by the name Gypsy King, returned to the ring after two-and-a-half years.

He beat Wladimir Klitschko to become WBA, IBF and WBO heavyweight champion in 2015 but twice had to pull out of a rematch with the Ukrainian. 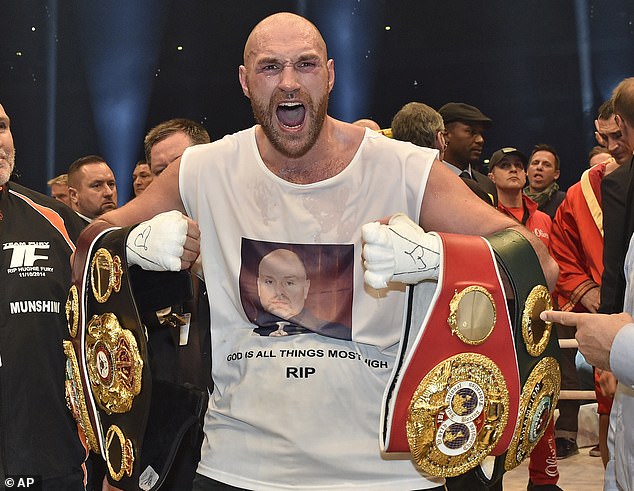 Fury celebrates with the WBA, IBF, WBO and IBO belts after winning the world heavyweight title fight against Wladimir Klitschko in Duesseldorf, 2015

His life spiralled after this and things got so bad he even told The Joe Rogan Experience: ‘I would start thinking these crazy thoughts.’

‘I didn’t care about nothing. I just wanted to die so bad.’

He added: ‘I gave up on life but, as I was heading to the bridge, I heard a voice saying: ‘No, don’t do this Tyson. Think about your kids, your family, your sons and daughter growing up without a dad.’ 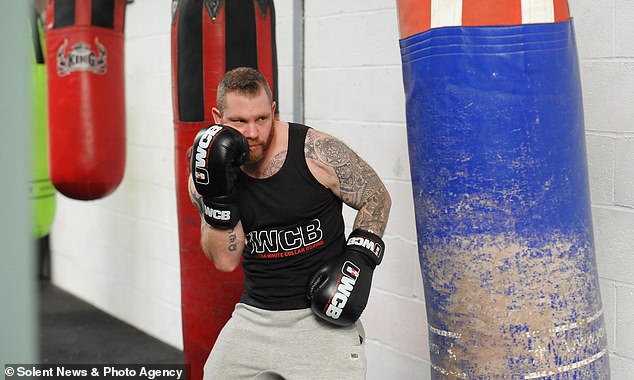 Mr Jones saw the message and had the confidence to fight in front of hundreds of people at The Dolphin Centre in Darlington last Saturday for the charity bout.

He walk into the room with the same entrance music as Fury – Gala’s Freed From Desire – before the three-round fight which finished in a draw.

Mr Jones, of Pensbury Street, Darlington, said he was ‘chuffed’ to get the message from Fury.

He told the Northern Echo: ‘I couldn’t believe that he’d heard about me and then took the time out so send it over.’ 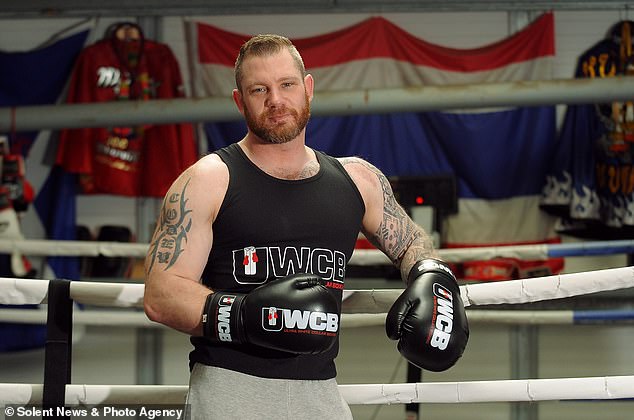 He said: ‘He’s been a huge inspiration for me having come through so much and to then get back in the ring’

He continued: ‘I’ve watched it so many times but still can’t believe he did that for me.

‘He’s been a huge inspiration for me having come through so much and to then get back in the ring.

‘I would recommend anyone to give it a go – it has been so positive for me. I’m now considering signing up to do it again.’

Mr Jones started boxing when he was 14, but only got back into it after he was inspired by Fury’s talk about mental health following his fight with Deontay Wilder in December.

Mr Jones said: ‘At the end, he did a post-fight interview and he talked about mental health. He said ‘if you’re down, reach out, talk to people’. He said ‘if I can do it, you can do it’.’