Former reality star Tziporah Malkah has made no secret of her conservative political leanings in the past.

And on Monday, the former model made her feelings known about Friday’s leadership spill, which saw Malcolm Turnbull ousted from the top job.

Spotted in Sydney’s ritzy eastern suburbs, the 44-year-old was seen delivering a bouquet of purple-hued roses to the former PM’s Point Piper mansion. Malcolm’s busy! Tziporah Malkah, 44, has gotten into a heated argument with an AFP officer while trying to deliver a bouquet of roses to knifed PM Malcolm Turnbull’s Point Piper mansion

The former It girl, whose mother Pru Goward is a state Liberal MP, walked up to the Spanish-style residence only to get stopped by an AFP officer at the iron gates.

Tziporah, who was formerly known as Kate Fischer, then appeared to get into a heated exchange with the uniformed officer, who was unwilling to take the gift.

At times, Tziporah seemed a little flustered as she tried to pass the wrapped flowers over, with the policeman eventually relenting and putting them in his car. 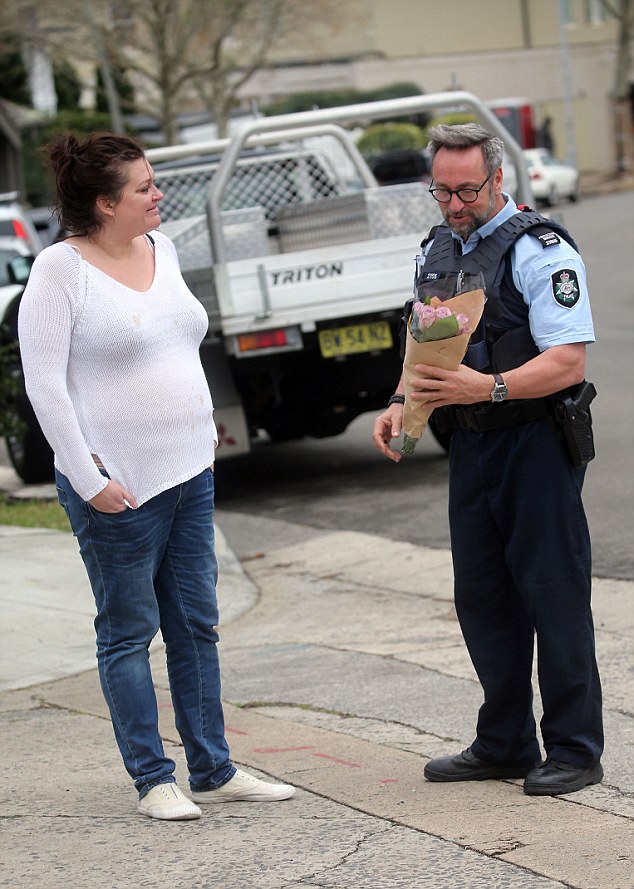 Not happy! Tziporah, who is well known for her conservative views, appeared sheepish while speaking with the officer at the front of the former PM’s Sydney mansion

For the outing, the former glamour girl cut a casual figure, showing off her newly slimmed-down figure in a loose-fitting white jumper and blue jeans.

Finishing off her look, Tziporah completed the outfit with a pair of white sneakers, and opted to wear her brunette hair-up in a messy bun. 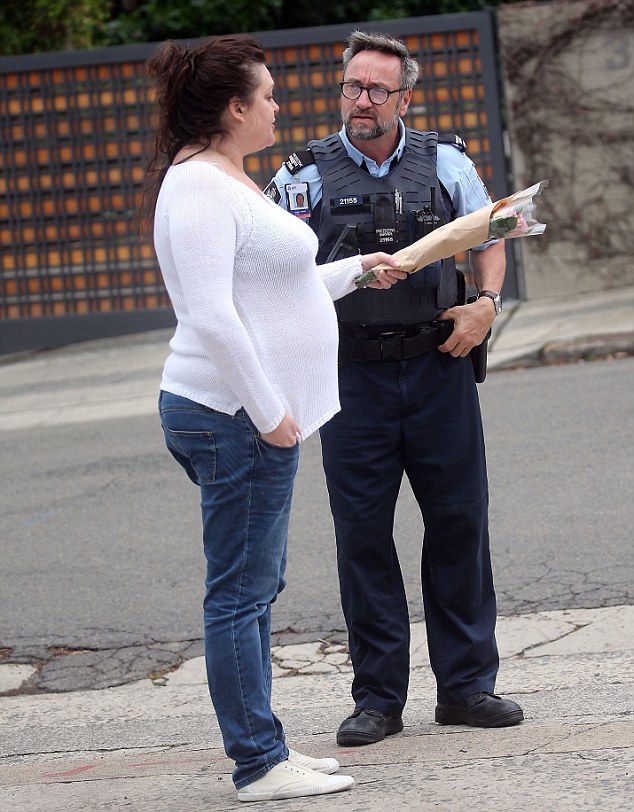 Thinking of Malcolm! The AFP officer seemed reluctant to accept the flowers from the former reality star

Tziporah regularly weighs in on political issues with her right wing views.

And in December last year, she made her political leanings clear when she was spotted kissing provocateur Milo Yiannopoulos during his visit Down Under.

‘I sexually harassed the newly-wed. I had to,’ Tziporah captioned a snap of herself putting on an amorous display with the outspoken political figure at the time. 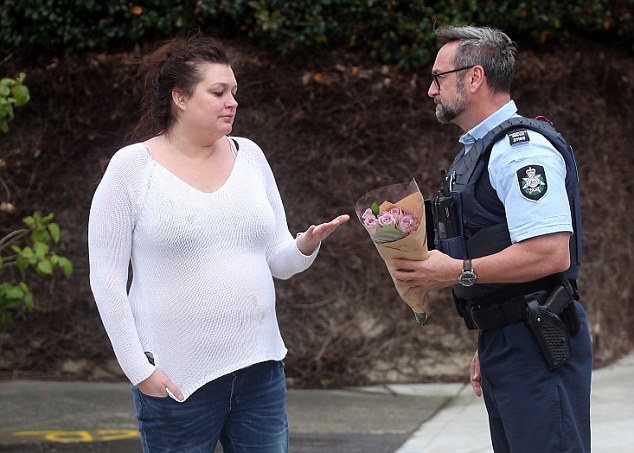 Take them, please! Tziporah appeared to convince the officer to take the bouquet while she was outside the mansion 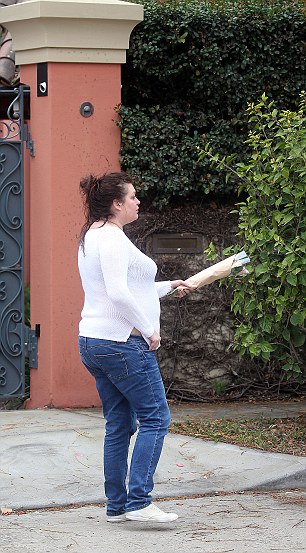 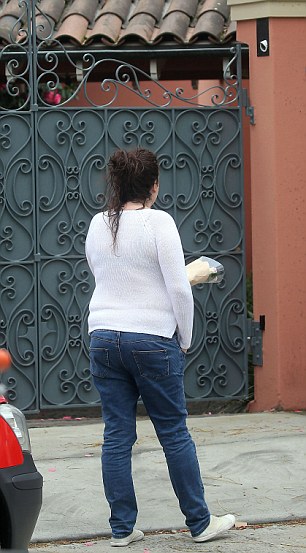 Casual look! Tziporah opted for a dressed-down look, wearing tight jeans and a loose-fitting white jumper for the stroll to the former PM’s Spanish-style personal residence 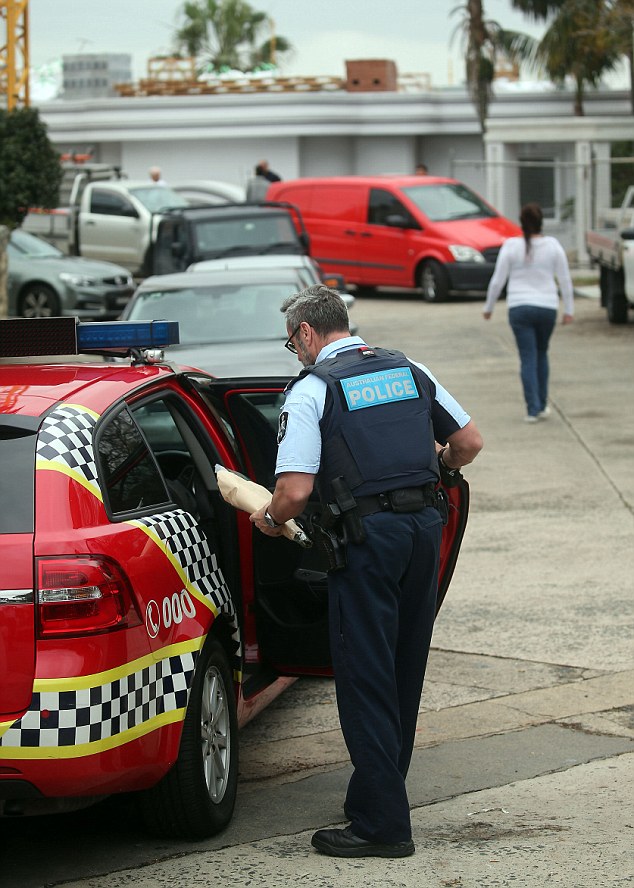 Floral tribute! The AFP officer ended up putting the flowers in the back of his car

Tziporah has been a regular fixture in headlines of late after being snapped a number of times stepping out in public in nothing but a sheet.

Speaking about being photographed in vibrant pink bed sheet, Tziporah explained to The Daily Telegraph last month:  ‘I am too old to care. I’ve been around since I was 13 and I’m now 44.

‘I feel like the most boring person in the world. In two years time or five years time, that will just become part of the tapestry of my life,’ she insisted.

‘I have got character and I really don’t care what people think.’ 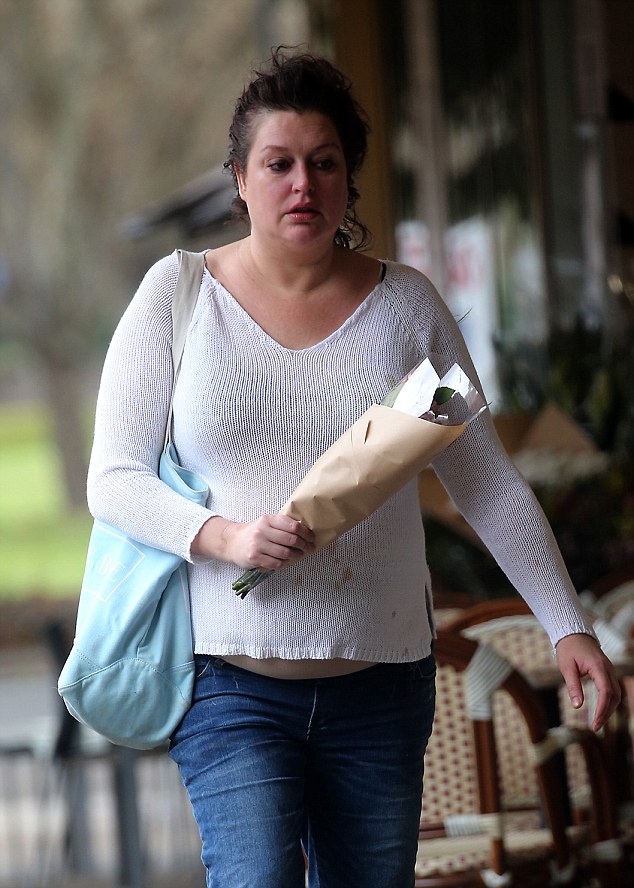 Special delivery! Tziporah, formerly known as Kate Fischer, has links to the Liberal Party as her mother Pru Goward is a state Liberal MP