Zoe, a two-year-old Belgian Malinois who U.S. officials gave to Jordan in October of 2016, later died of heat stroke while patrolling the country’s border with Syria in July of 2017

A U.S. agency that provides bomb-sniffing dogs to foreign countries to help them combat terror threats failed to ensure those dogs were being treated properly – and dozens of canines have died as a result, a federal investigation has determined.

In recent years, the State Department established its own Canine Validation Center (CVC) to train bomb-sniffing dogs after relying on the Bureau of Alcohol, Tobacco, and Firearms (ATF) to do it for decades, the report explains.

By September 30, 2018, the State Department had trained 100 active explosive detection canines before sending them off to six partner nations.

Jordan was provided with 61 dogs, the largest number given to any participating country.

In July of 2017, OIG received a hotline tip that the CVC wasn’t keeping an eye on the dogs it sent abroad and that the animals were being neglected, abused and dying.

Investigators began a probe in May of 2018. They found CVC staff did a health and welfare check on its dogs in Jordan in April of 2016 and found the country’s canine facilities had improperly maintained kennels that allowed Parvovirus, a highly contagious dog disease, to spread and kill many of the animals. 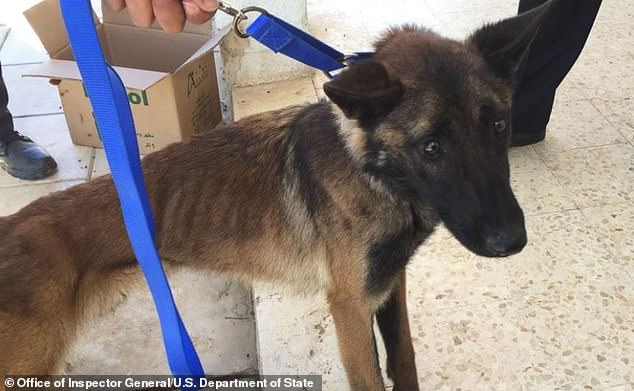 Two-year-old Athena was found covered in dirt and feces with protruding ribs in 2018 before she was returned to the U.S. Investigators determined she wasn’t being properly fed, but she eventually made a full recovery 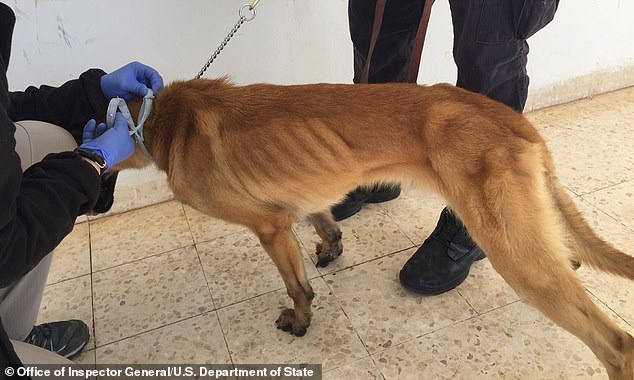 In July of 2017, the federal Office of Inspector General (OIG) received a tip that the State Department wasn’t monitoring the dogs it provides and that the dogs were losing the will to work and were dying from medical issues and poor working conditions as a result of neglect

Another canine housing location had overworked dogs that didn’t have proper shelter, sanitation or care.

‘An official gave several instances of canines dying from heat exhaustion within the past year,’ the report states. ‘The canines observed were well beyond their working years, and in need of medical care.’

After reporting on the poor conditions, CVC came up with a plan to help Jordan improve its canine unit care and continued to fund the program and sent an additional 66 dogs to the Middle East nation without ensuring those improvements were made, the report indicates.

‘Since 2016, little progress has been made regarding the ability of Jordan to care for [bomb-sniffing dogs],’ the report states. 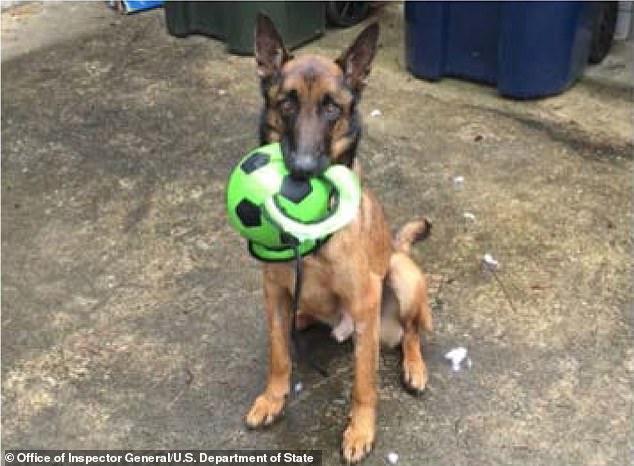 Three-year-old Mencey was euthanized in the U.S. on March 29, 2018 after being diagnosed with a tick-borne disease he contracted in Jordan 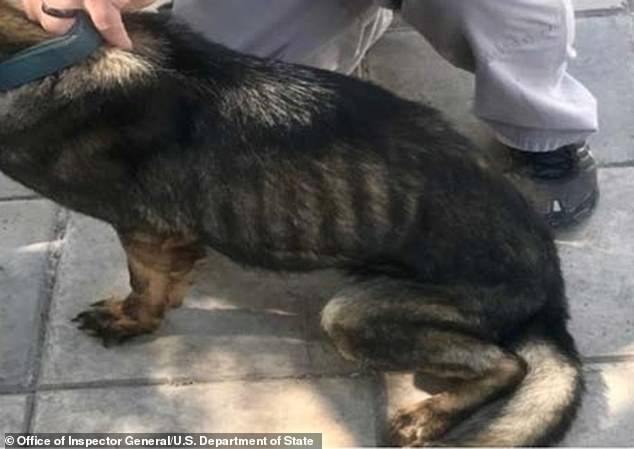 During an April 2018 visit to Jordan, a CVC veterinarian found underweight dogs with protruding rib cages and tick infestations in their ears.

A two-year-old Belgian Malinois named Zoe who CVC gave to Jordan in October of 2016 later died of heat stroke while patrolling the country’s border with Syria in July of 2017.

Three-year-old Mencey became extremely sick less than a year after arriving in Jordan in July of 2017. In February of 2018, CVC was told Mencey had been diagnosed with a tick-borne disease.

He was brought back to the U.S. where he was diagnosed with a second vector-borne illness that caused his kidneys to fail.

‘Due to his grave prognosis, Mencey was euthanized at the CVC on March 29, 2018,’ the report states.

Two-year-old Athena was found covered in dirt and feces with protruding ribs in 2018 before she was returned to the U.S. Investigators determined she wasn’t being properly fed, but she eventually made a full recovery. 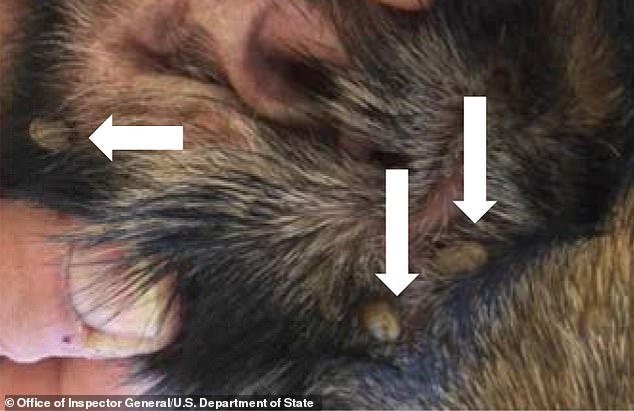 Engorged ticks were found on Jordanian canine’s ear during a U.S. investigation of the country’s bomb-sniffing dog facilities 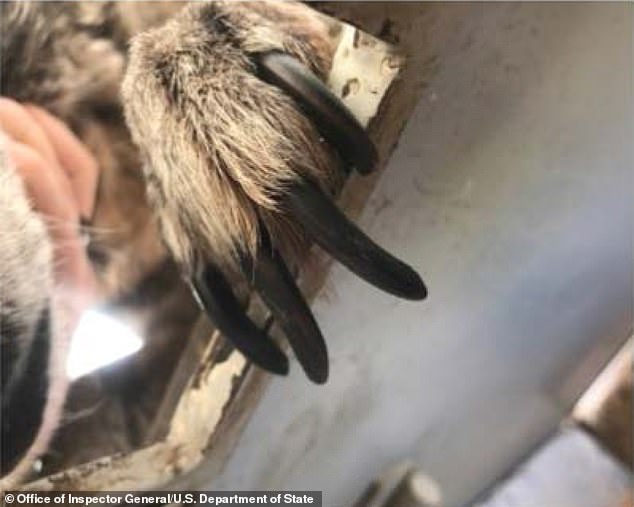 ‘Health and welfare of the dogs in Jordan has improved since January 2017 when the DS/ATA mentors arrived, but the stories detailed above show that the dogs are still at risk,’ the report reads.

Antiterrorism Assistance Explosive Detection Canine Program does not have updated information on the dogs it has provided to other partner nations.