Uber boss apologises for ‘mistakes’ and vows to fight ban

The boss of Uber has issued an apology for ‘mistakes made’ after the firm was sensationally denied a new operating licence in London.

Chief executive Dara Khosrowshahi accepted that the company ‘got things wrong’, as he made an impassioned vow to fight for the company to remain in the capital.

His admission comes days after Transport for London (TfL) announced the firm would be barred from working in the city from next month due to its failure to report crimes carried out by its drivers. 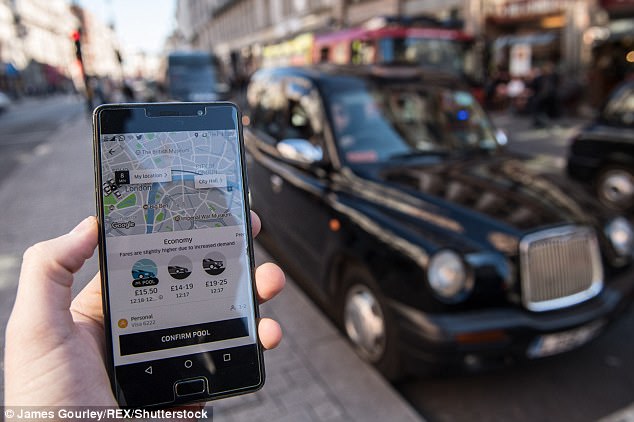 In a letter to the London Evening Standard, he wrote that although Uber will launch an appeal against the decision by TfL not to renew its licence, it will do so ‘with the knowledge that we must also change’.

Mr Khosrowshahi, who took over at the firm last month, went on: ‘We won’t be perfect, but we will listen to you; we will look to be long-term partners with the cities we serve; and we will run our business with humility, integrity and passion.’

The Silicon Valley firm  – which boasts more than 5billion passengers in over 630 cities worldwide – fears the decision by regulators in London may now encourage authorities in other countries to launch their own crackdowns.

Passengers are outraged by the bombshell announcement last Friday, which they say will leave them unable to afford late-night lifts home and will put thousands of drivers out of work.

Ahead of a planned appeal, which will see the dispute dragged into court, at least 750,000 Londoners have signed a petition calling for the decision to be reversed.

But critics of Uber insist it has failed to properly vet its drivers and is an example of the so-called ‘gig economy’ that gives workers no employment rights. 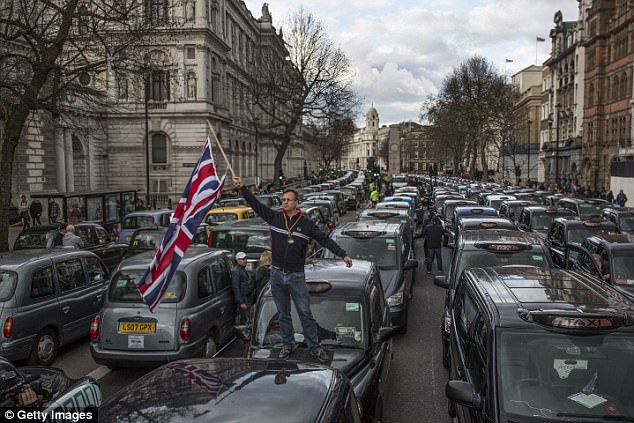 Drivers of black London cabs held a protest earlier this year against the minicab app. The app was seen as unfairly undercutting black cabs due to the lack of regulation of drivers

In an open letter in the Standard, Mr Khosrowshahi wrote: ‘While Uber has revolutionised the way people move in cities around the world, it’s equally true that we’ve got things wrong along the way.

‘On behalf of everyone at Uber globally, I apologise for the mistakes we’ve made.

‘We will appeal this decision on behalf of millions of Londoners, but we do so with the knowledge that we must also change.

‘As Uber’s new CEO, it is my job to help Uber write its next chapter.

‘We won’t be perfect, but we will listen to you; we will look to be long-term partners with the cities we serve; and we will run our business with humility, integrity and passion.

‘You have my commitment that we will work with London to make things right and keep this great global city moving safely’. 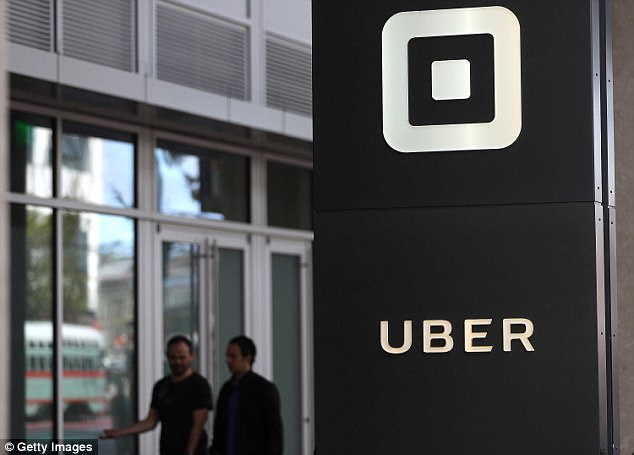 Uber said in a statement that the decision would ‘show the world that, far from being open, London is closed to innovative companies’.

As part of their fightback, they are emailing all of their members individually to urge them to sign the petition.

But the firm has faced a barrage of criticism in recent years over the safety of customers, working rights for drivers and opposition from black cab drivers.

TfL concluded that the minicab app is ‘not fit and proper’ to operate in the capital due to concerns which have ‘public safety and security implications’.

Transport for London said: ‘TfL considers that Uber’s approach and conduct demonstrate a lack of corporate responsibility in relation to a number of issues which have potential public safety and security implications.’