Ranjan Thapa, 26, was stopped by police in Boston’s South End around 1 a.m.

An Uber driver from Boston has appeared in court on charges he raped a passenger.

Ranjan Thapa, 26, of Everett, was arrested in the South End of the city shortly after 1am on Sunday.

Boston police were met by Northeastern University police officers who had stopped Thapa after noticing that a female passenger in the rear of his car, who hired him to drive her home, appeared to be distressed.

They feared that she may possibly be the victim of a sexual assault.

Officers later charged Thapa with rape after the accuser was taken to an area hospital to be evaluated.

‘I know I’m in trouble, I had sex with her,’ Thapa told an officer, according to the police report. He was later arrested and charged with rape.

In court, Thapa’s defense attorney argued the act was consensual.

When detectives initially went to interview the victim early Sunday morning, they were unable because ‘she was not able to talk or understand what was being said to her.’ 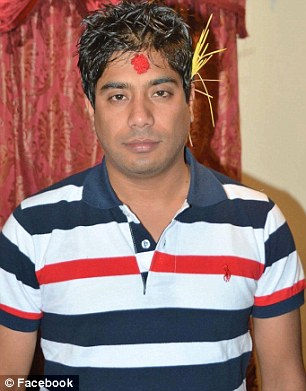 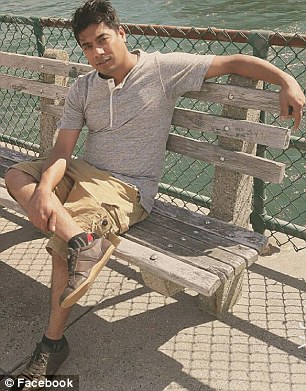 Investigators later returned, and the woman told them she had been drinking all day and did not remember what happened to her. She explained how she was not the person who ordered the Uber to take her home

Rabindra Lamichhane, Thapa’s brother-in-law, told WBZ-TV that he was shocked by the allegations.

‘We couldn’t sleep the whole night, it’s terrible,’ he said. 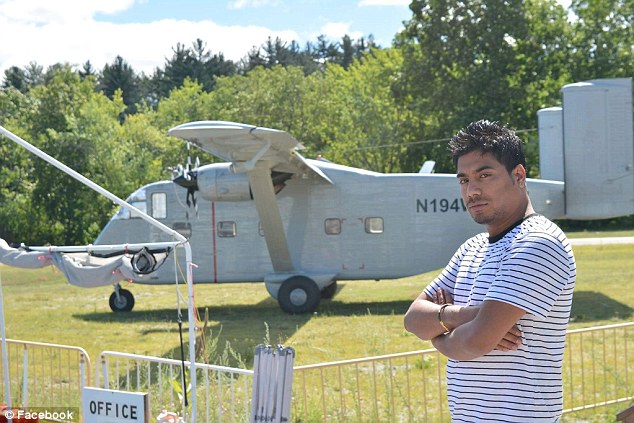 Officers later charged Thapa with rape after the accuser was taken to hospital and it appeared she had in fact been raped. His bail was set at $10,000

He described Thapa as ‘a regular guy, he’s a hardworking guy’ who is a student at UMass Boston and working two jobs to make ends meet.

Uber released a statement, saying: ‘What police describe is deeply troubling. The driver has been removed from the app, and we stand ready to assist the Boston Police Department with their investigation.’

The two Northeastern University police officers were on a regular patrol throughout the neighborhood when they ‘noticed suspicious activity in a parked car,’ said a school representative.